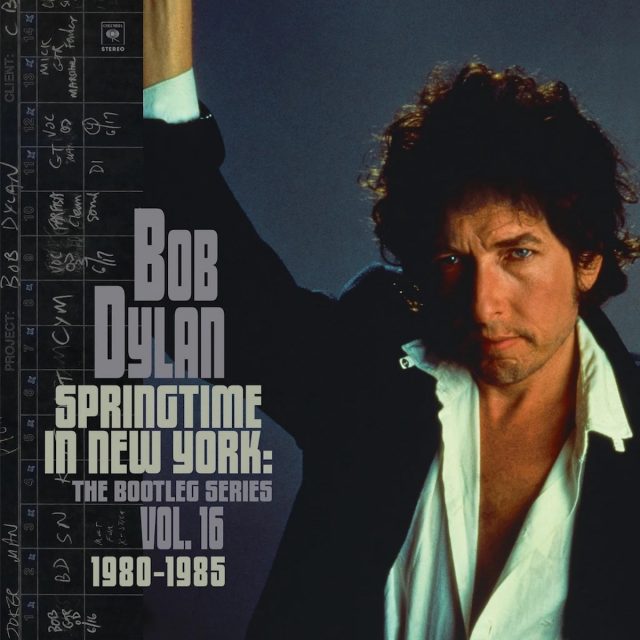 I briefly considered hair-splitting this category into more specific genres — Americana, folk, country, bluegrass, rockabilly, roots-rock, singer-songwriters and blah blah blah. Thankfully, I talked myself out of that lunacy. So roots music it is. This is another one category where almost all the Honourable Mentions are worthy of being the top choice. But in the end, it’s hard not to go with a box set of Bob Dylan rarities. 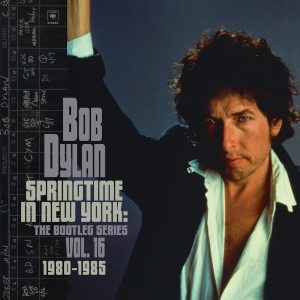 THE EDITED PRESS RELEASE: “The 16th chapter in Bob Dylan’s highly acclaimed Bootleg Series, Springtime In New York revisits an often-forgotten, rich vein in Dylan’s vast and complex catalog, shining fresh light on the provocative new musical directions he was taking as a songwriter and a recording artist from 1980 through 1985.

In the early 1980s, while the music industry was grappling with the arrival of new trends and technology, from MTV to compact discs to digital recording, Dylan was writing and recording new songs for a new decade, creating an essential new chapter in his studio catalog. Springtime In New York (1980-1985) celebrates the rich creative period surrounding Dylan’s albums Shot Of Love, Infidels and Empire Burlesque with previously unreleased outtakes, alternate takes, rehearsal recordings, live performances and more.

The deluxe five-CD edition of the album presents 57 rare recordings, 54 of them previously unreleased in any format. The previously released cuts include two Shot Of Love outtakes: Let It Be Me (first released as B-side to Heart of Mine) and Don’t Ever Take Yourself Away (first released on Hawaii Five-O: Original Songs From The Television Series). A third previously released recording, Death Is Not The End (an Infidels outtake featuring Full Force) first appeared in an edited version on Down In The Groove and may now be heard for the first time in full. 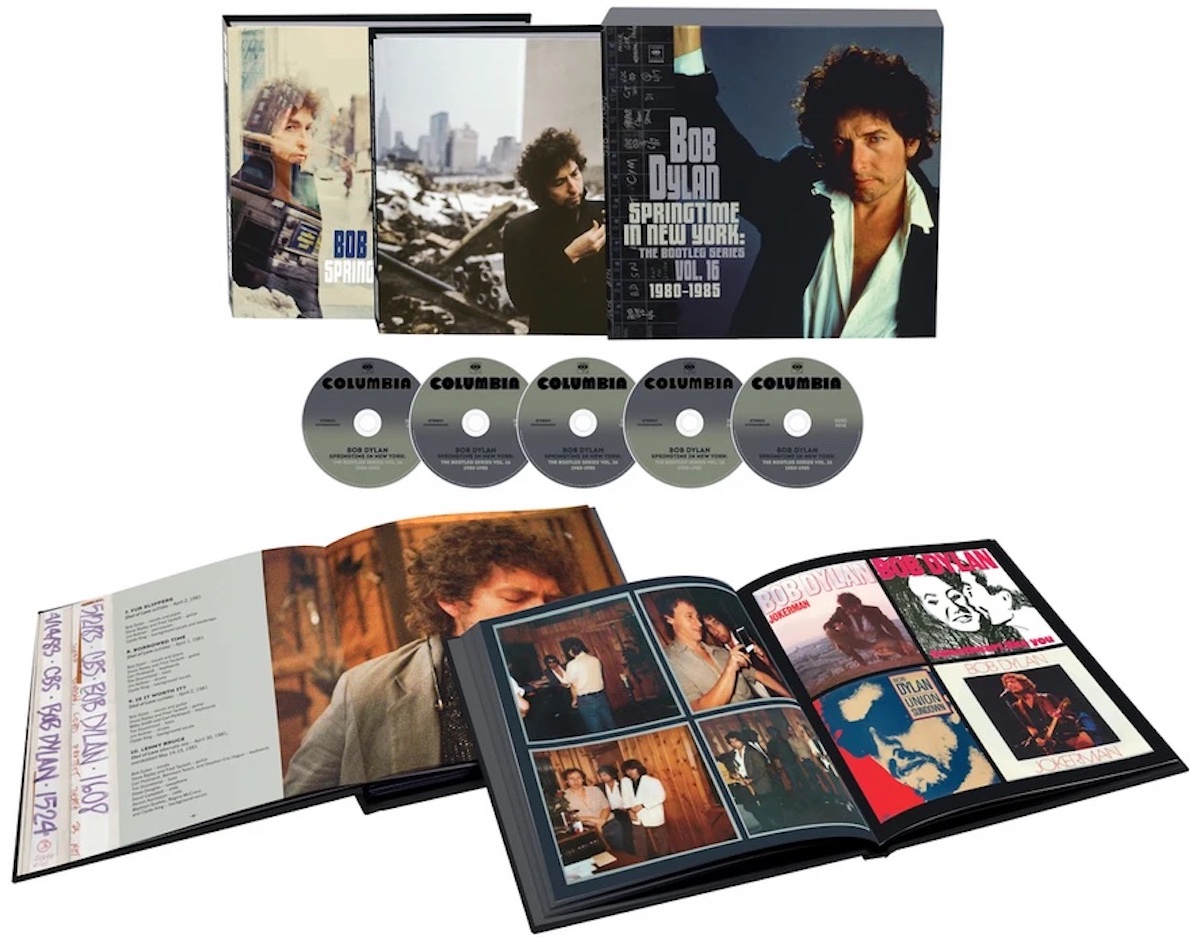 Disc 2 is devoted to outtakes and alternate takes of recordings produced by Chuck Plotkin for Shot of Love, while Discs 3 and 4 are centered on the material Dylan wrote for Infidels, performed by the all-star band assembled for the album which featured Mark Knopfler (guitar), Mick Taylor (guitar), Alan Clark (keyboards), Robbie Shakespeare (bass) and Sly Dunbar (drums). The Infidels sessions, produced by Dylan and Knopfler, include previously unreleased versions of Blind Willie McTell and Jokerman.

Disc 5 includes live tracks (Enough Is Enough from Slane Castle, Ireland, and License to Kill from Late Night with David Letterman, March 22, 1984) alongside alternate takes and outtakes from the Empire Burlesque sessions, produced by Dylan, including premieres of new songs (Straight A’s in Love and New Danville Girl, an early draft of Brownsville Girl) and a previously unreleased performance of the canonical Dark Eyes.

According to the producer’s note in the album: “The alternate takes selected for this set are different than the ones released on previous volumes of The Bootleg Series. They are included here to illustrate the musical journey Bob Dylan undertook during these years.” In his liner notes, Damien Love writes, “And that’s the real story of this gloriously untrammeled collection. The songs. The songs stripped free of trappings, tampering, passing tastes, and judgments. The songs broken down to the sound of people really doing this, right now, acting on instinct. The songs rough and rowdy, bruised and tender, joking and crying, nagging and striving and yearning. The songs were always there, and here they are still, keeping pace with us.”