Your latest crop of musical page-turners comes in two flavours — mass-market, unauthorized biographies about big-name popstars, and revealing personal memoirs from cult heroes and punks. Guess which ones I’m putting on my list. Read all about ’em: 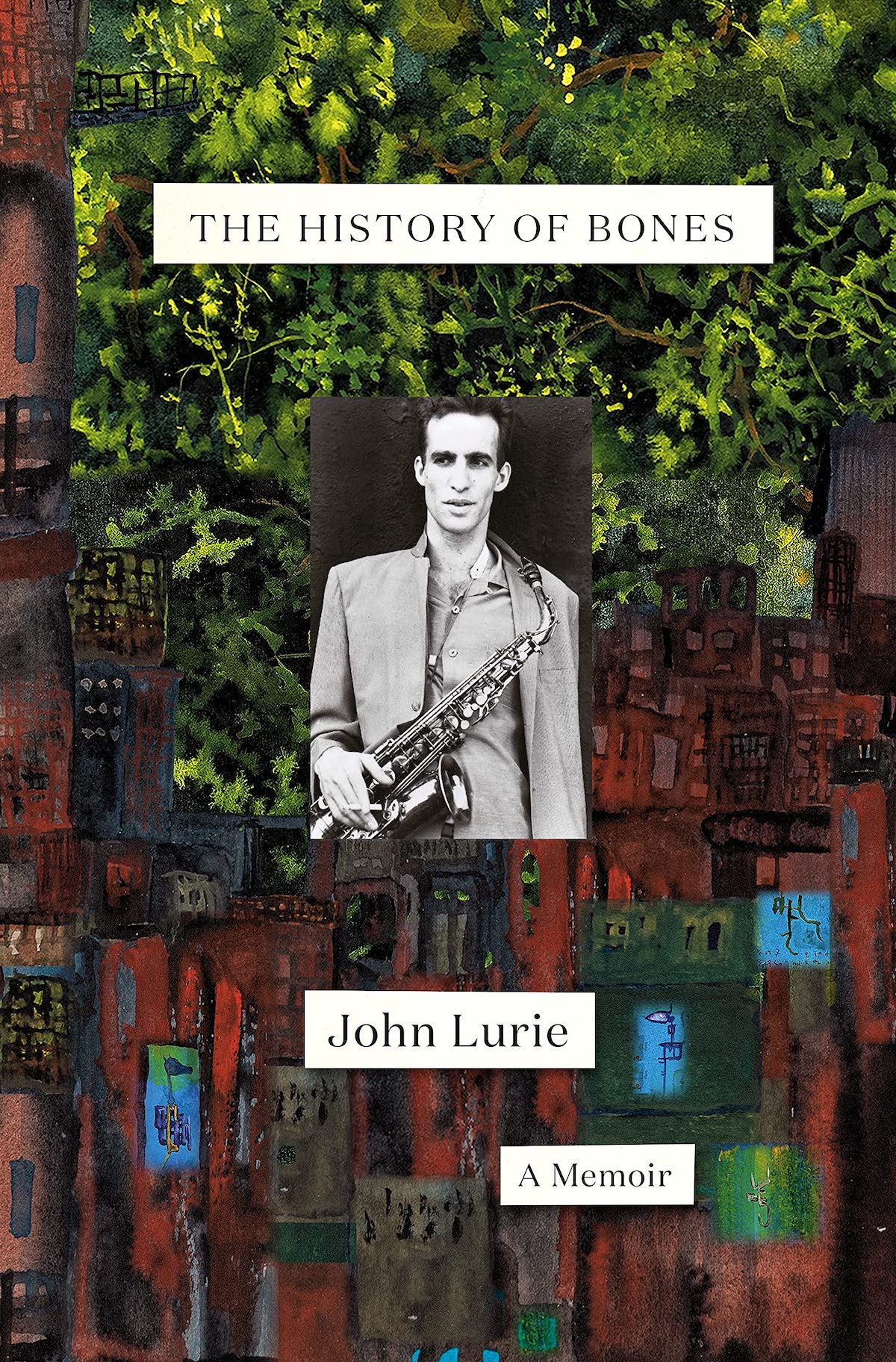 The History of Bones: A Memoir
By John Lurie

THE EDITED PRESS RELEASE: “In the tornado that was downtown New York in the 1980s, John Lurie stood at the vortex. After founding the band The Lounge Lizards with his brother Evan in 1979, Lurie quickly became a centrifugal figure in the world of outsider artists, cutting-edge filmmakers, and cultural rebels. Now Lurie vibrantly brings to life the whole wash of 1980s New York as he developed his artistic soul over the course of the decade and came into orbit with all the prominent artists of that time and place, including Andy Warhol, Debbie Harry, Boris Policeband, and especially Jean-Michel Basquiat, the enigmatic prodigy who spent a year sleeping on the floor of Lurie’s East Third Street apartment. It may feel like DisneyWorld now, but in The History of Bones, the East Village, through Lurie’s clear-eyed reminiscence, comes to teeming, gritty life. The book is full of grime and frank humor — Lurie holds nothing back in this journey to one of the most significant moments in our cultural history, one whose reverberations are still strongly felt today. History may repeat itself, but the way downtown New York happened in the 1980s will never happen again. Luckily, through this beautiful memoir, we all have a front-row seat.” 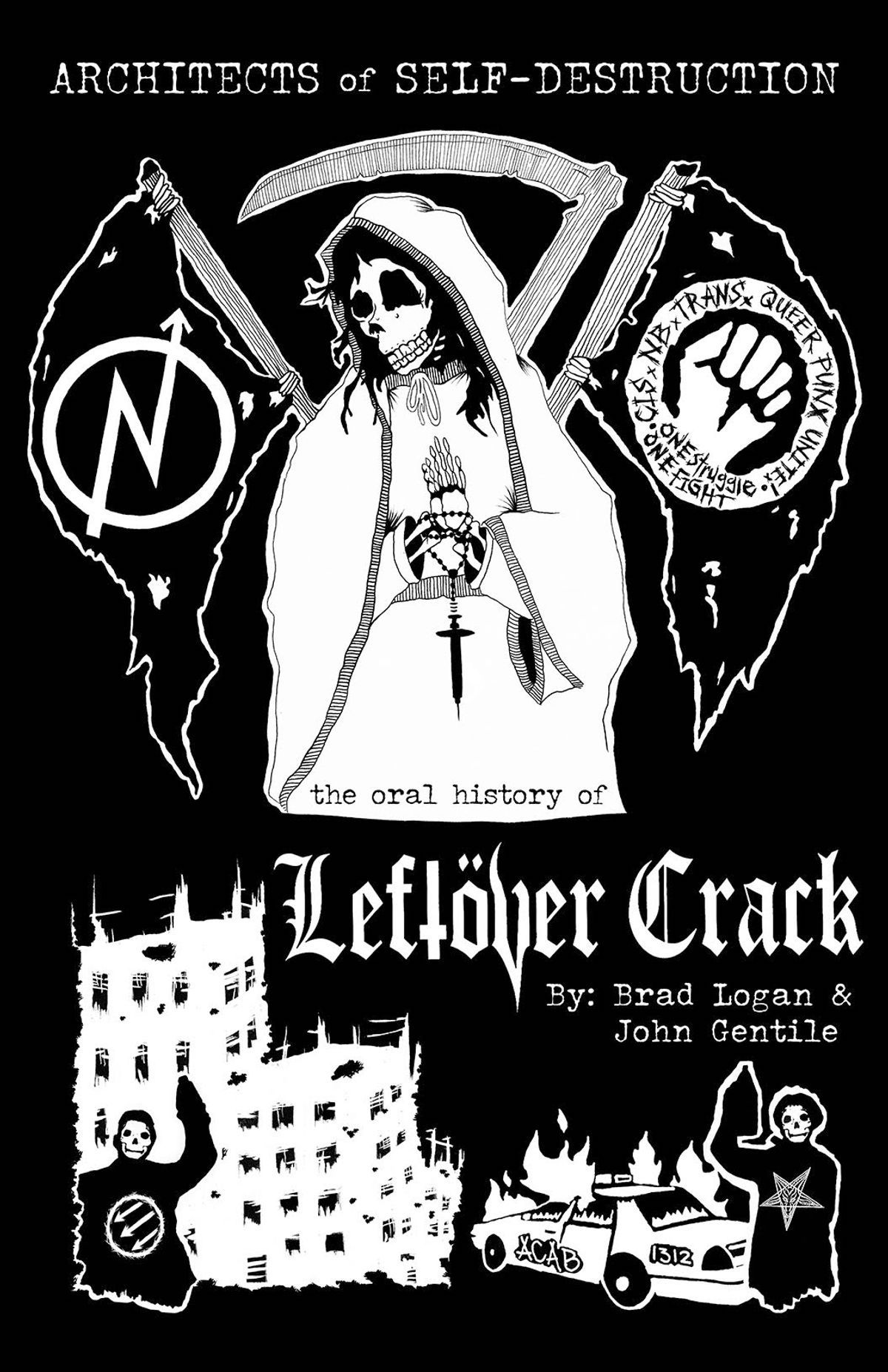 Architects of Self-Destruction: The Oral History of Leftöver Crack
By John Gentile

THE EDITED PRESS RELEASE: “Leftöver Crack are a band of drug-abusing, dumpster-diving, cop-hating, queer-positive, pro-choice crust punks that successfully blend ska-punk, pop, hip-hop and death metal genres. They’ve been banned from clubs, states and counties and kicked off multiple record labels. They’ve received teen-idol adoration and death threats from their fans. They’ve played benefits for a multitude of causes while leaving a trail of destruction in their wake. This is their story.” 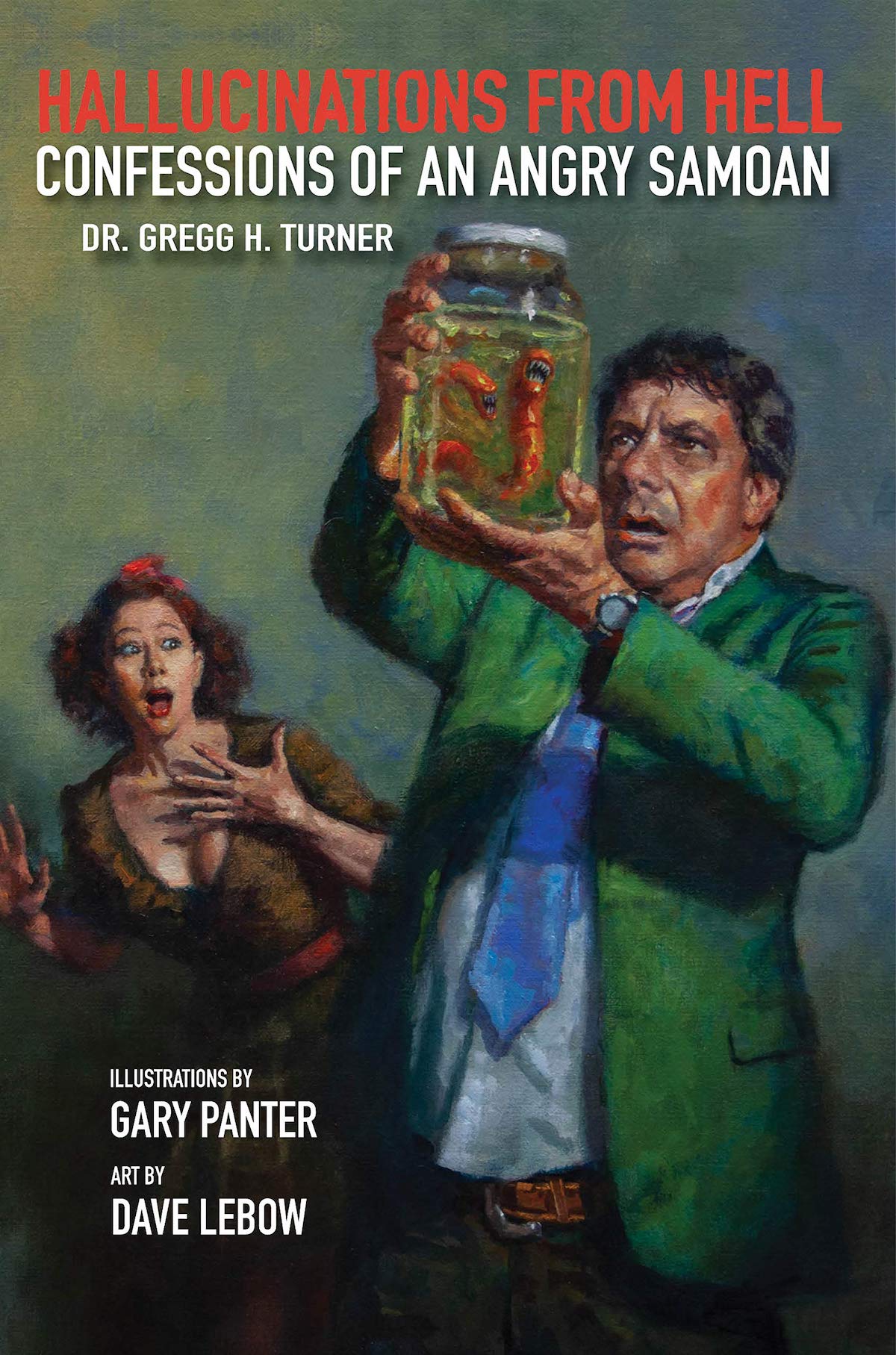 Hallucinations from Hell: Confessions of an Angry Samoan
By Gregg H. Turner

THE EDITED PRESS RELEASE: “As one of the founding members of the seminal punk band Angry Samoans, Gregg Turner has seen his fair share of weird shit. From his time at Creem Magazine in the early 1970s to the formation of the Angry Samoans in Los Angeles, and all the travels, trials, and tribulations that occured after, Turner takes us through a wild ride of stories he’s heard, stories he’s lived, and some he may or may not have made up.” 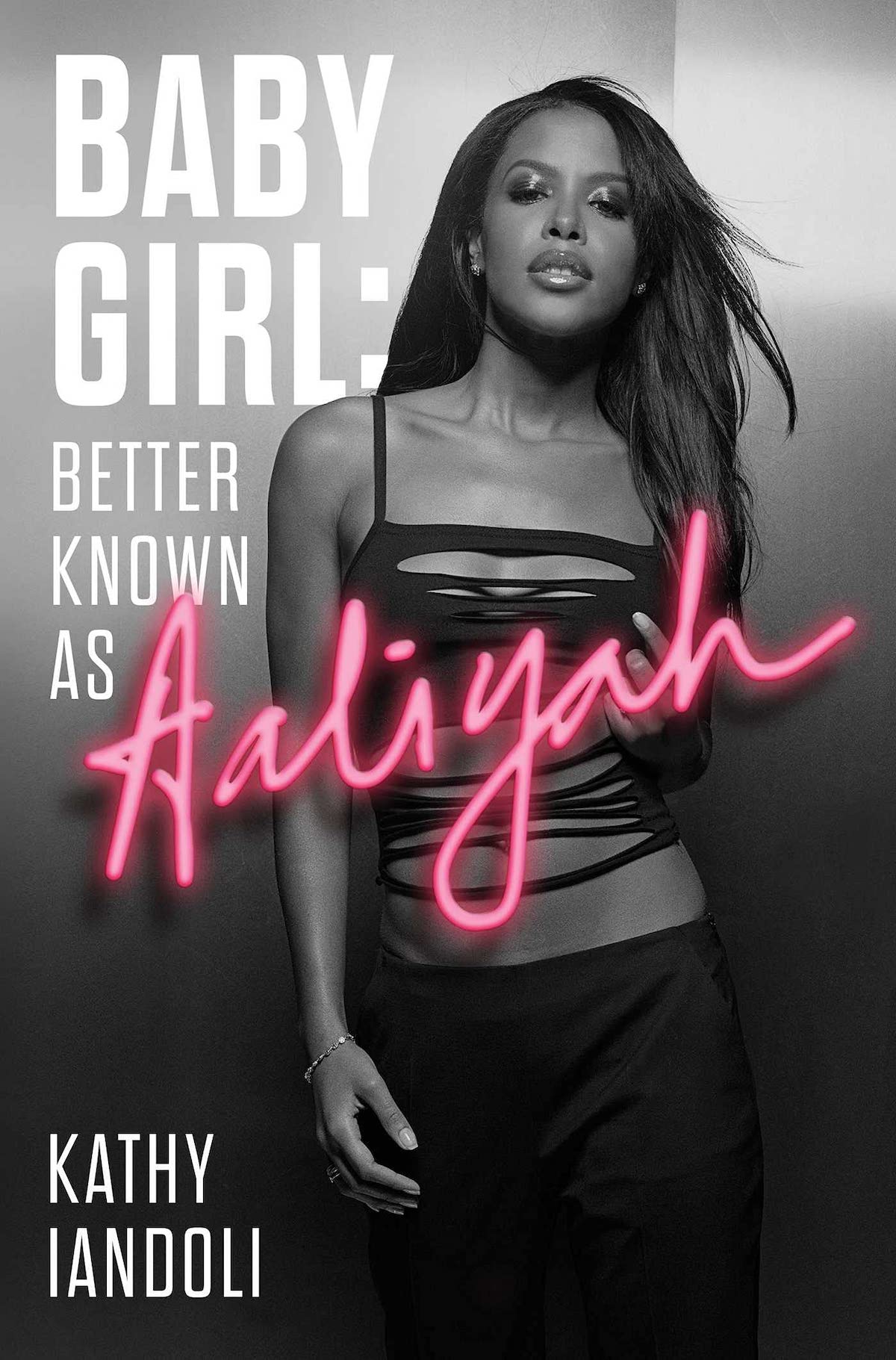 THE EDITED PRESS RELEASE: “By 22 years old, Aaliyah had already accomplished a staggering amount: Hit records, acclaimed acting roles, and fame that was just about to cross over into superstardom. Like her song, she was already “more than a woman,” but her shocking death in a plane crash prevented her from fully growing into one. Now, two decades later, the full story of Aaliyah’s life and cultural impact is finally and lovingly explored. Baby Girl features never-before-told stories, including studio anecdotes, personal tales, and eyewitness accounts on the events leading up to her untimely passing. Her enduring influence on today’s artists — such as Rihanna, Drake, Lana del Rey and many more — is also revealed, providing Aaliyah’s discography a cultural critique that is long overdue. Eye-opening, moving, and as unforgettable as its subject, Baby Girl is a necessary read for anyone who has been touched by Aaliyah’s music and story. This book was written without the participation of Aaliyah’s family/estate.” 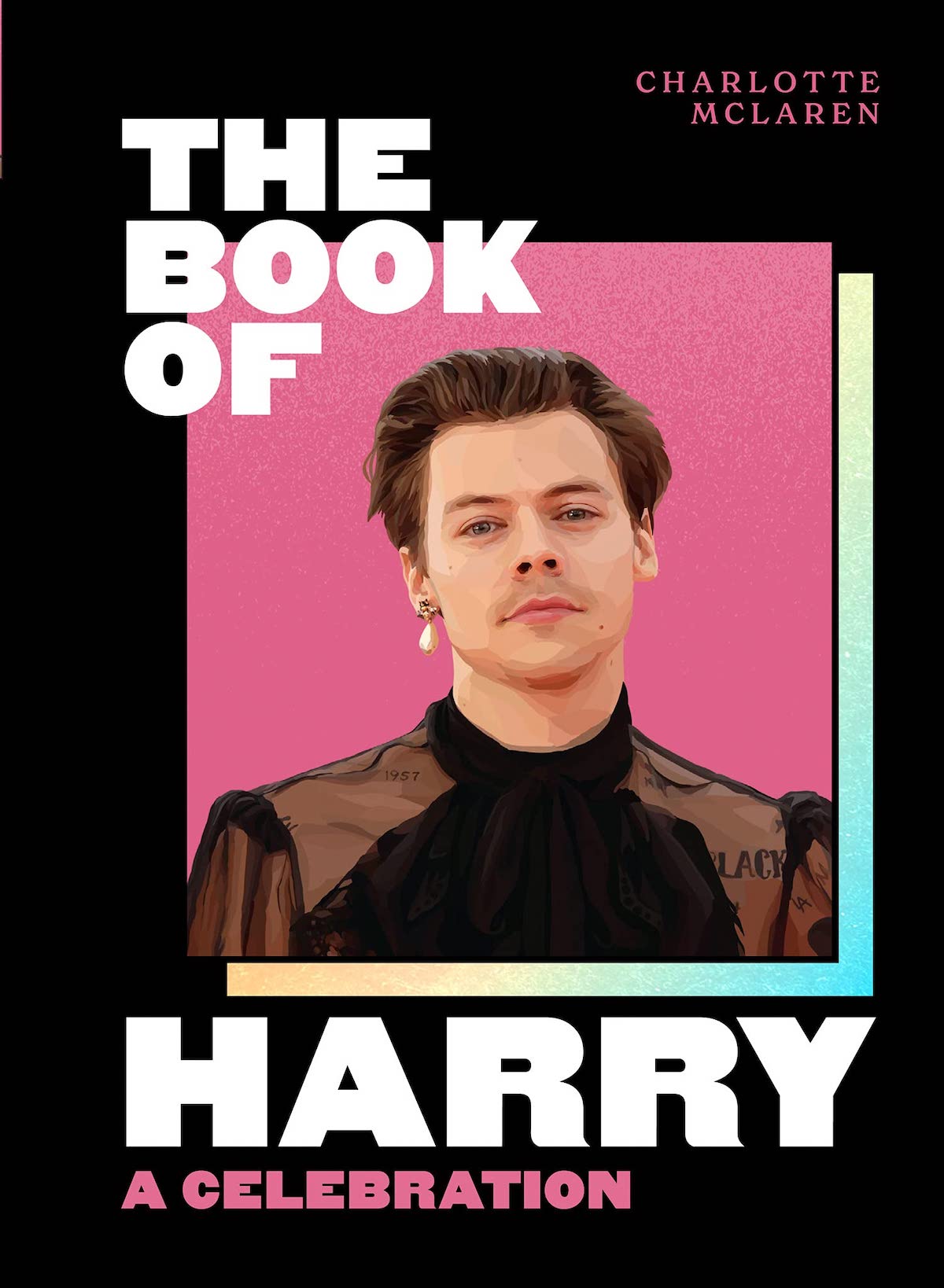 The Book of Harry: A Celebration of Harry Styles
By Charlotte McLaren

THE EDITED PRESS RELEASE: “Harry Styles is a global superstar and fashion icon who has broken records, won awards and was the first solo man to grace the cover of Vogue. But he is also grounded, humble and down to earth. He doesn’t care what other people think, isn’t afraid to be vulnerable and truly loves his fans. We could all do with being a bit more like Harry. With chapters on finding your style, building confidence and supporting charities, The Book of Harry explores Harry’s incredible journey to stardom and the lessons we can take from his music, career and wider approach to life. Learning from his example, it will arm readers with tips, tricks and wisdom to empower them to be fearless, be themselves and above all, treat people With kindness.” 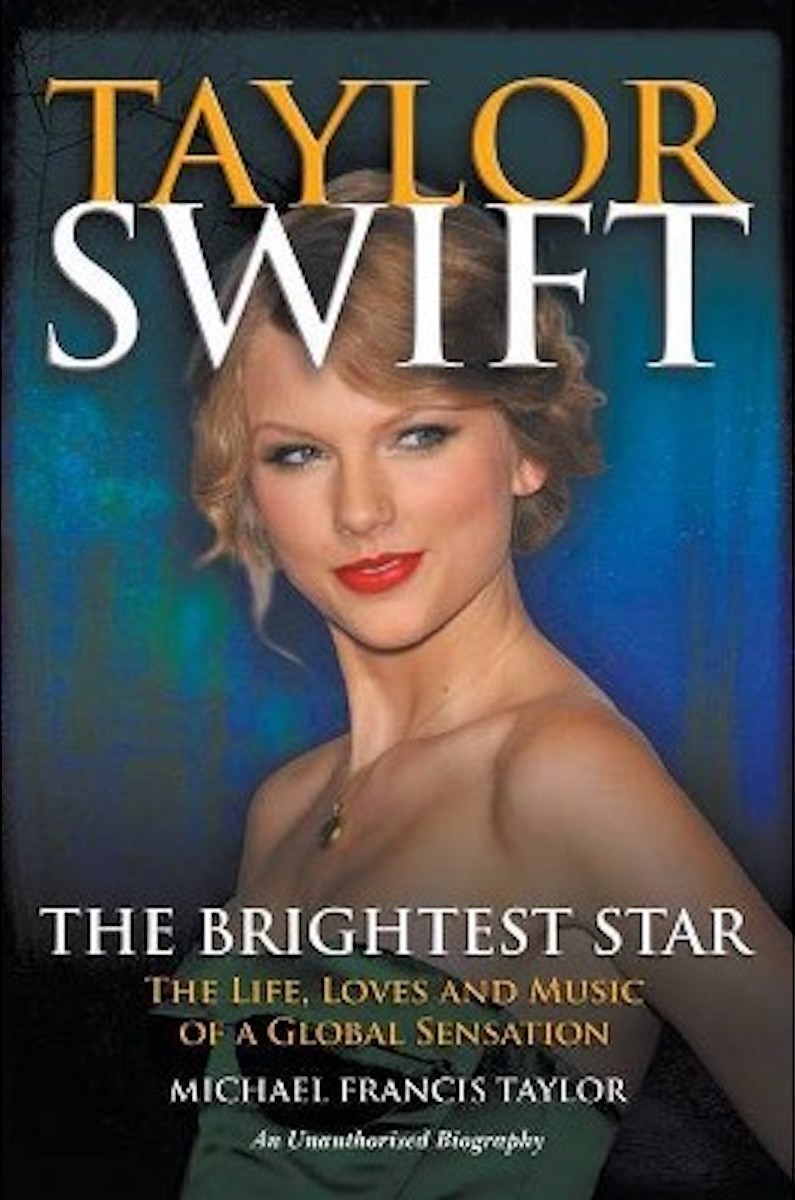 Taylor Swift The Brightest Star: The Life, Loves and Music of a Global Sensation
By Michael Francis Taylor

THE EDITED PRESS RELEASE: “Encyclopaedic in its scope, this is the ultimate tribute to the life and music of Taylor Swift. No need for glossy images here, the narrative says it all — a chronological account of her mercurial rise to fame; the stories that inspire the songs; an in-depth look at those much-publicised battles with the media, music industry and fellow artists, and all recounted with well-chosen words from the artist herself and dozens of others who have played a part in her incredible story. Put together, we have the definitive record. If not already a fan, reading this may very well change your opinion.”