There’s an old saying in business: Don’t introduce new products in August. Well, that isn’t stopping these artists from putting their new albums up for sale. Now we just have to wait and see if they deliver the goods. Here’s the lineup: 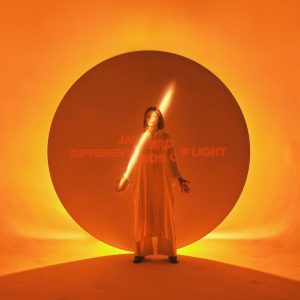 THE EDITED PRESS RELEASE: “For Jade Bird, the second that lockdown lifted, there were no aimless summer days spent meeting friends in parks; no languorous evenings in pub gardens. She was headed straight back to Nashville to finish what she had started with Grammy-winning producer Dave Cobb. Different Kinds of Light was properly born in a rental in upstate New York in January. (When Jade finished her day’s writing in the shed and walked back to the house, there were often bear tracks in the snow.) Some came from the song-a-day project that she undertook during lockdown, which she spent with her boyfriend, her mum and grandma at home near Gatwick. During a two-week quarantine in Mexico, she pushed herself to write more and found her British influences — The Smiths, Cocteau Twins — coming out. After a session together earlier in the year that minted their studio chemistry, Jade returned to Nashville with more new material to bring to life with Cobb, though she maintained an equally monastic lifestyle, moving strictly between her apartment and the studio to protect herself and her collaborators. She and Dave had clicked in an earlier session thanks to how he treated her potent yet weathered vocals. “I love anyone who can make you sound so imperfect in a great way,” she says. They let her sound find its groove, joining tough ’90s alt-rock and the melodicism of Blur and Oasis at their sweetest to the taut rattle of Iggy Pop’s The Passenger. “That rock element that I’ve been missing and deeply love,” is how Jade describes it. “If I’m in the car, that’s what I put on.” 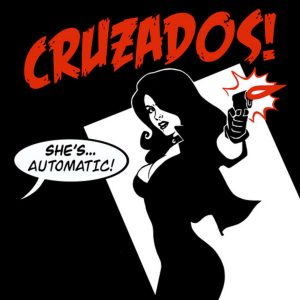 THE EDITED PRESS RELEASE: “The Cruzados, L.A.’s forceful rock band of the 1980s, make a phoenix-like return this summer with the release of She’s Automatic, the group’s first set of recordings in more than three decades. The album is a live, hot, no-nonsense collection of hard-hitting rockers on which bassist and cosgwriter Tony Marsico is joined by the members of his ’80s L.A. contemporaries Little Caesar. The set’s glittering group of guest musicians includes a host of noted L.A. punk vets, including John Doe (X), Dave Alvin (The Blasters), David Hidalgo and Steve Berlin (Los Lobos), and Melanie Vannem (The Muffs, The Pandoras). She’s Automatic is both a forceful continuation of The Cruzados’ sound and an ardent homage to the work they began more than three decades ago. Marsico says, “I didn’t like the way The Cruzados went out. We were really great friends. It was never a band that was at odds with one another. Yes, there were problems that tore us apart, but we were like family. Why not do it now? Life’s too short, man. You’ve only got so much time you can rock ‘n’ roll.” 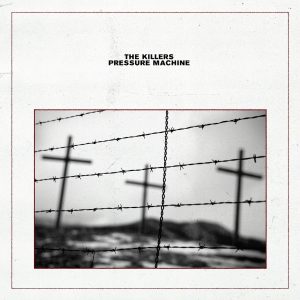 THE EDITED PRESS RELEASE: “When the Covid-19 pandemic shut down the promotional run and worldwide tour for The Killers’ majestic, critically-acclaimed 2020 album Imploding the Mirage, “everything came to this grinding halt,” says frontman Brandon Flowers. “And it was the first time in a long time for me that I was faced with silence. And out of that silence this record began to bloom, full of songs that would have otherwise been too quiet and drowned out by the noise of typical Killers records.” Indeed, for the first time since 2004, the relentless momentum and pressures of being in a globally renowned, stadium-shaking band stopped. Enter Pressure Machine: A view into the everyday realities of a small American town with a stark, tough beauty, and The Killers’ most restrained and resonant album yet. A quieter, character-study-driven album, Pressure Machine lives squarely in Flowers’ hometown of Nephi, Utah, a close-knit community of 5300 people with no traffic lights, a rubber plant, wheat fields, and the West Hills. The album’s songs are based on the memories and stories of people that impacted him growing up, interspersed with commentary from current Nephi locals about their town. “We were discussing [Brandon] moving to Nephi as a kid and being stuck in the middle of nowhere,” says the band’s drummer Ronnie Vannucci Jr. “And during Covid-19, it started to feel like we were all in the middle of nowhere.” Concurs Flowers, “I discovered this grief that I hadn’t dealt with,” he says, “many memories of my time in Nephi are tender. But the ones tied to fear or great sadness were emotionally charged. I’ve got more understanding now than when we started the band, and hopefully I was able to do justice to these stories and these lives in this little town that I grew up in.” 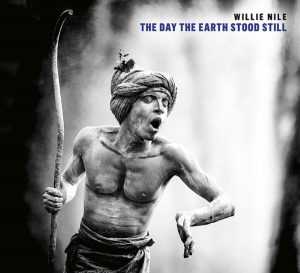 THE EDITED PRESS RELEASE: “While many of us have struggled to salvage a sense of purpose from a year’s worth of isolation, veteran New York rocker Willie Nile has tapped into his own lockdown experience as a source of inspiration for the set of haunting new songs that comprise his emotion-charged new release, The Day the Earth Stood Still. Although the veteran singer-songwriter borrowed its title from the beloved 1951 science-fiction movie classic, the album was actually inspired by the sight of Nile’s beloved hometown temporarily turned into a desolate ghost town. “It came from seeing the deserted streets of downtown Manhattan, with all the shops and stores boarded up and all these beautiful buildings looking down on everything,” Nile recalls, adding, “I have a storage space near the Holland Tunnel, and normally on a Friday night at rush hour, it can take an hour to move five blocks. But one Friday night last June, while walking home from my storage space and crossing Varick Street, I realized that there wasn’t a car in sight, and that I could have laid down in the middle of the street without anyone noticing. The title The Day the Earth Stood Still hit me, and I carried it around in my head for awhile, and eventually it sparked this set of songs.”