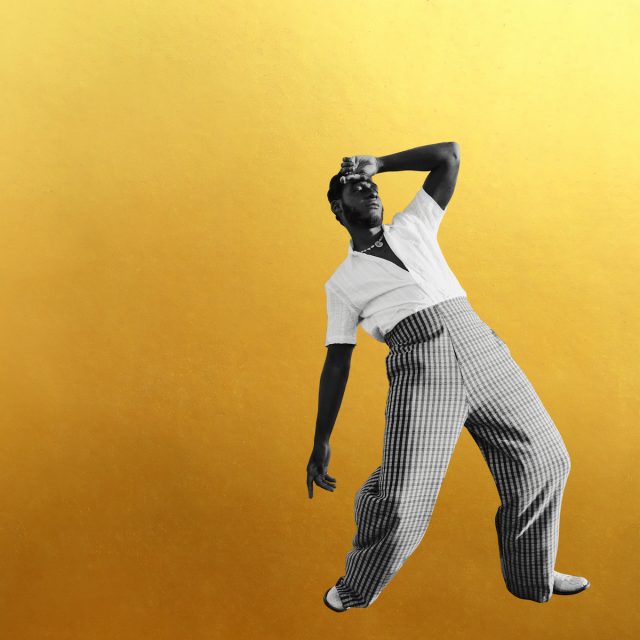 No one can accuse Leon Bridges of being stuck in the past.

Although the Grammy-winning Texas singer-songwriter made his bones with albums of expertly crafted retro-soul and old-school R&B, he’s been turning the clock forward in recent years, collaborating with everyone from psychedelic trio Khruangbin to Australian electronicists The Avalanches, rapper Bun B and popster Noah Cyrus. Bridges continues to time-shift to the present with his third solo full-length Gold-Diggers Sound, pulling genre-spanning pianist Robert Glasper, sax player /producer Terrace Martin and Vintage Nation singer Ink into the mix as he flirts with contemporary soul-jazz and hip-hop sonics and production — while still keeping one foot planted in timeless R&B. So even though he’s living in the moment — especially on the George Floyd-inspired ballad Sweeter — Bridges isn’t getting ahead of himself either.

THE EDITED PRESS RELEASE: “Gold-Diggers Sound is the third album from Grammy-winning R&B recording artist and songwriter Leon Bridges. The album, which Leon spent over two years conceptualizing, writing and recording, features Robert Glasper, Terrace Martin and Ink. The album has all new tracks, as well as Sweeter, which Leon released last year after the murder of George Floyd and performed at the Democratic National Convention.

Leon launched Gold-Diggers Sound with his track Motorbike and its corresponding music video directed by Director .Paak. The pulpy, stylized cinematic video is inspired by Bonnie and Clyde, with Leon and a paramour getting caught up in a red-hot, obsessive love which invigorates yet ultimately destroys them. Said Bridges: “The inception of the song started with this Afrobeat-type instrumental that my homeboy Nate Mercerau made. Prior to the session, I was in Puerto Rico for my 30th with some of my best friends, and the energy of that trip totally inspired this song. Motorbike is about living in the moment and escaping with someone. It’s the personification of that unspoken chemistry you have with that person. A special thank you to my man Anderson .Paak for the stunning visuals.”

Gold-Diggers Sound is an R&B album birthed from extended late nights at the Los Angeles speakeasy and studio of the same name. The album celebrates Leon’s immersive experience of creating music in the same East Hollywood room where he lived, worked and drank over the course of two years. What began as nightly all-night jam sessions where Leon and his fellow musicians could just vibe and let loose away from crowds, cameras and structured studio schedules, quickly began to form into what he realized was an album. The soulful collaboration between Leon as an artist and the space itself was so encompassing that he chose to name the album after the soon-to-be legendary complex.”