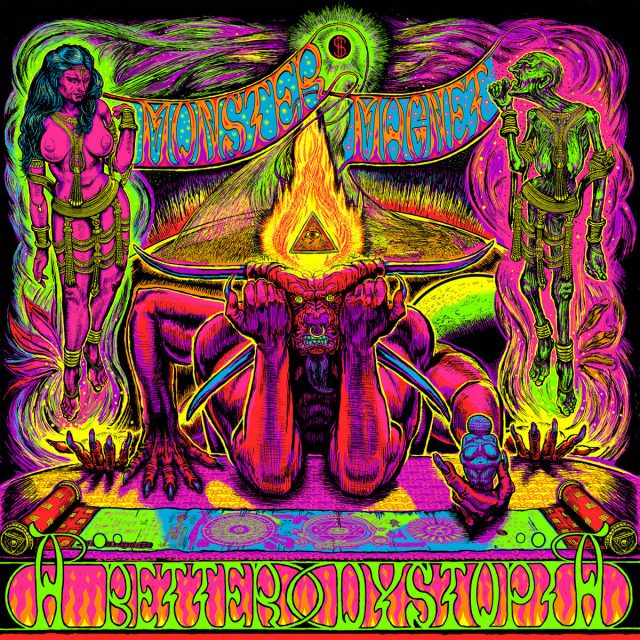 THE EDITED PRESS RELEASE: “Take a trip inside the mind of psychedelic rock legend Dave Wyndorf with Monster Magnet’s A Better Dystopia — a delightfully psychotic selection of proto-metal and late-era psych songs that fit the band like a glove!

With wonderfully obscure song choices and excellent sequencing, the mighty Magnet pay homage to some of their favorite songs of all time, crafting another exciting and unique listening experience alike what they’ve become famous for. While the album marks a new frontier for Monster Magnet as their first covers record, this is not your typical set of standards released to pass time. Wyndorf is at the top of his game on A Better Dystopia — howling, crooning, speaking, and generally doing whatever it takes to get across the emotional message of these very special tunes, delivering each lyric in his own inimitable style. Musicians Phil Caivano, Bob Pantela, Garrett Sweeney and Alec Morton own the sound on A Better Dystopia — vintage and old school, dense and heavy, with searing fuzz leads and pounding bass and drums all played in a deft style that’s almost been lost in modern music. 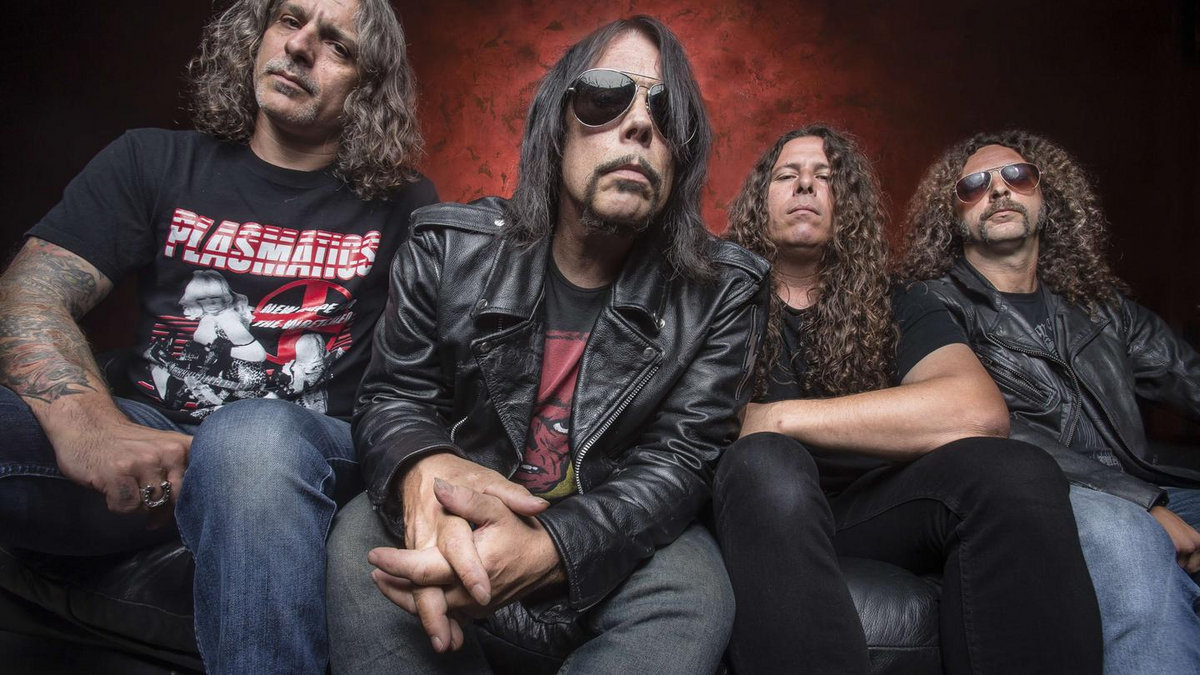 Drop the needle on any song, and A Better Dystopia comes up winning. The album opens with The Diamond Mine, as Wyndorf recites a classic monologue by Dave Diamond, an American radio DJ whose programs in the late 1960s and early 1970s helped popularize many psychedelic and acid rock bands. At this point the real trip begins, as the opening chords of the Hawkind classic Born To Go gear up for launch. Tracks like standout Mr. Destroyer (Poo-Bah) boast swaggering riffs and swirling vocals, spurring visions of some untold Freak revolution — or perhaps dinosaurs battling on a burning planet at the end of time – creating a perfect blend of hard rock and psychedelia. The feverish Motorcycle (Straight To Hell) (Table Scraps) is pure punk fury of the old school tradition, evoking a cross between Iggy Pop and Motörhead as Wyndorf wails: “I’m gonna drive it straight to HELL!” Falling even further down the mind-bending rabbit hole, Magnet offer their stunning, whirlwind take on the often-overlooked hard rock classic Learning To Die (Dust) and a masterful version of the Stooges-meets-Goth epic Solid Gold Hell (The Scientists). The album closes with a nuclear cover of Morgen’s Welcome To The Void, inviting you to restart the ride again and again. Take a sonic journey to another time and space and experience what has made Monster Magnet tick since Day 1 with A Better Dystopia!”