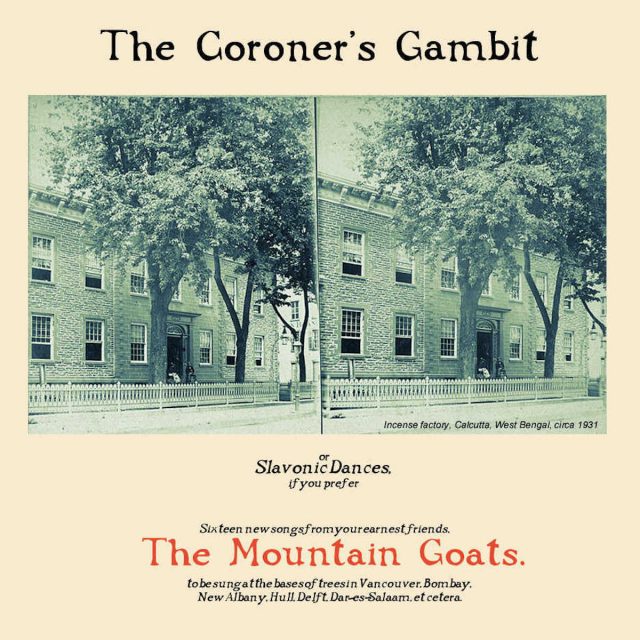 Iowa alt-folk minimalists The Mountain Goats are so lo-fi they’re practically no-fi. Most of their albums, including their fifth release The Coroner’s Gambit, have been recorded via the built-in mic of a cheap Panasonic boombox. The combination of tape hiss, motor hum and compressed midrange tone is such a near-constant presence it’s become an identifiable part of the Goats’ sound.

And in truth, it serves as a perfect backdrop for main Goat herder John Darnielle’s hyper-literate, intensely idiosyncratic acoustic ballads. Somewhat like a modern-day Dock Boggs, troubled troubadour Darnielle seems possessed by his music, howling and moaning his unsettling lyrics and attacking his guitar as if trying to drive the demons out of his head. Case in point: There are “daisies on the hillside like cancer on the skin,” he comments on Baboon. “I’d be grateful my children aren’t here to see this / If you’d ever seen fit to give me children.” No amount of tape hiss can get in the way of that.