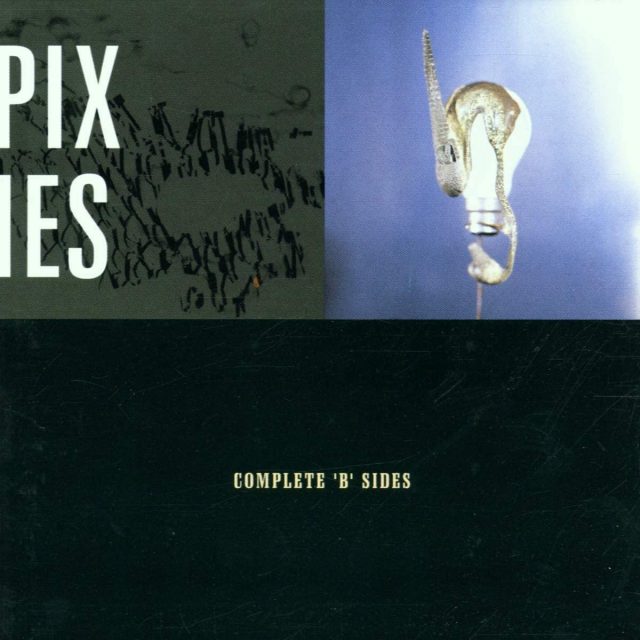 If you believe Kurt Cobain, Smells Like Teen Spirit was his attempt to write a Pixies song. Which arguably makes this long-disbanded Boston quartet anchored by Frank Black (then Black Francis) and future Breeder Kim Deal the most influential band of the ’90s.

Not bad for a group that only put out four much-beloved albums — I know people who still debate whether Surfer Rosa is better than Doolittle — and a handful of singles before acrimoniously breaking up in 1993. Like its title indicates, this set collects all 19 B-sides from the quartet’s career. Annotated by Black himself, the set has the usual mix of reworked album tracks (River Euphrates), live cuts (Vamos) and oddball covers (In Heaven from David Lynch’s Eraserhead, along with Neil Young’s Winterlong and I’ve Been Waiting For You), mostly rendered in the band’s trademark jagged, buzzy style. If you don’t own any Pixies albums, this might not be the place to start — many of these are quick knockoffs are songs that weren’t good enough to make their albums, after all. But for fans and collectors, it’s a nice memento of a band whose impact sadly dwarfed their output.