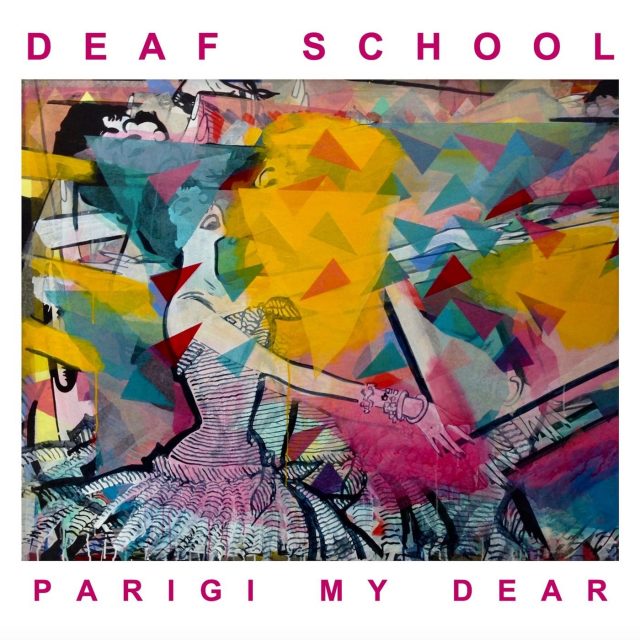 THE EDITED PRESS RELEASE: “Liverpool’s Deaf School made three albums between 1976 and 1978 and released a live CD in 1988. In 2006 their long-awaited Anthology double CD was released, including all three studio albums and the recordings from their three sessions with John Peel. Parigi My Dear brings together all the band’s studio recordings made between 2009 and 2015, plus two high-quality demo recordings from 1977 and two brand-new recordings.

The first new track is Where Do We Go From Here? Recorded during lockdown (in Dublin, Tenerife, Italy and various London boroughs!), there is a radio edit and an extended version! It’s terrific! Pure, vintage Deaf School! And then there’s an all-new backing recording of Taxi! which was made for Japanese artist Moe, who released it with her vocal this autumn. One of the demos is What A Way To End It All, complete with the late Eric Shark’s excellent banjo intro!”