If you thought the 40th anniversary of John Lennon’s murder would pass unnoticed, think again. Thankfully, along with the predictable tide of books about the slain Beatle, you can also read about ’70s rock, Phil Ochs, Prince, female jazz bands and more. Let the browsing begin: 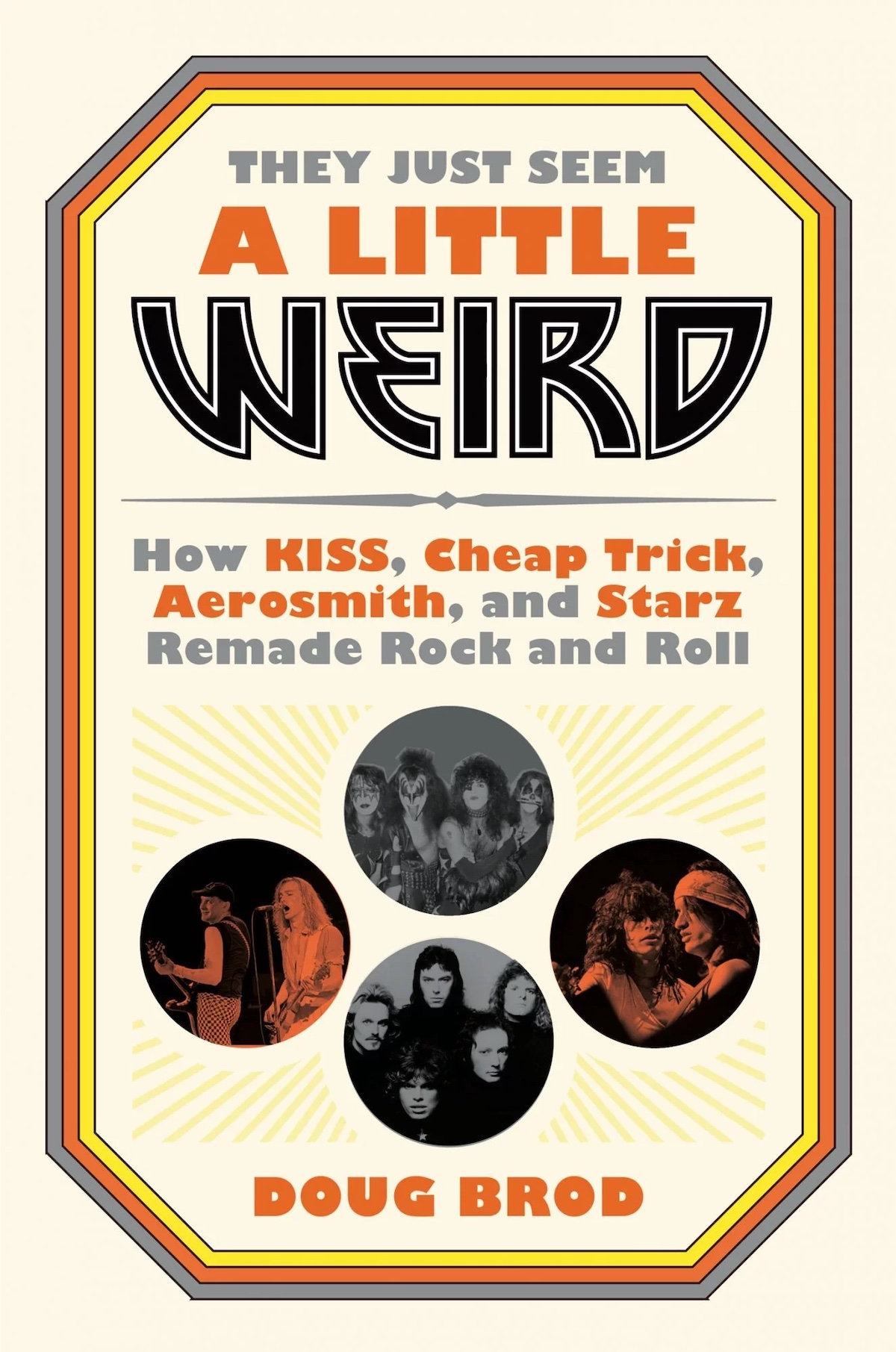 They Just Seem a Little Weird: How KISS, Cheap Trick, Aerosmith, and Starz Remade Rock and Roll
By Doug Brod

THE EDITED PRESS RELEASE: “It was the age when heavy-footed, humorless dinosaurs roamed the hard-rock landscape. But that all changed when into these dazed and confused mid-’70s strut-ted four flamboyant bands that reveled in revved-up anthems and flaunted a novel theatricality. In They Just Seem a Little Weird, veteran entertainment journalist Doug Brod offers an eye- and ear-opening look at a crucial moment in music history, when rock became fun again and a gig became a show. This is the story of friends and frenemies who rose, fell, and soared once more, often sharing stages, studios, producers, engineers, managers, agents, roadies, and fans-and who are still collaborating more than 40 years on. In the tradition of David Browne’s Fire and Rain and Sheila Weller’s Girls Like Us, They Just Seem a Little Weird seamlessly interweaves the narratives of KISS, Cheap Trick and Aerosmith with that of Starz, a criminally neglected band whose fate may have been sealed by a shocking act of violence. This is also the story of how these distinctly American groups — three of them now enshrined in the Rock and Roll Hall of Fame — laid the foundation for two seemingly opposed rock genres: the hair metal of Poison, Skid Row, and Mötley Crüe and the grunge of Nirvana, Alice in Chains and The Melvins. Deeply researched and featuring more than 130 new interviews, this book is nothing less than a secret history of classic rock.” 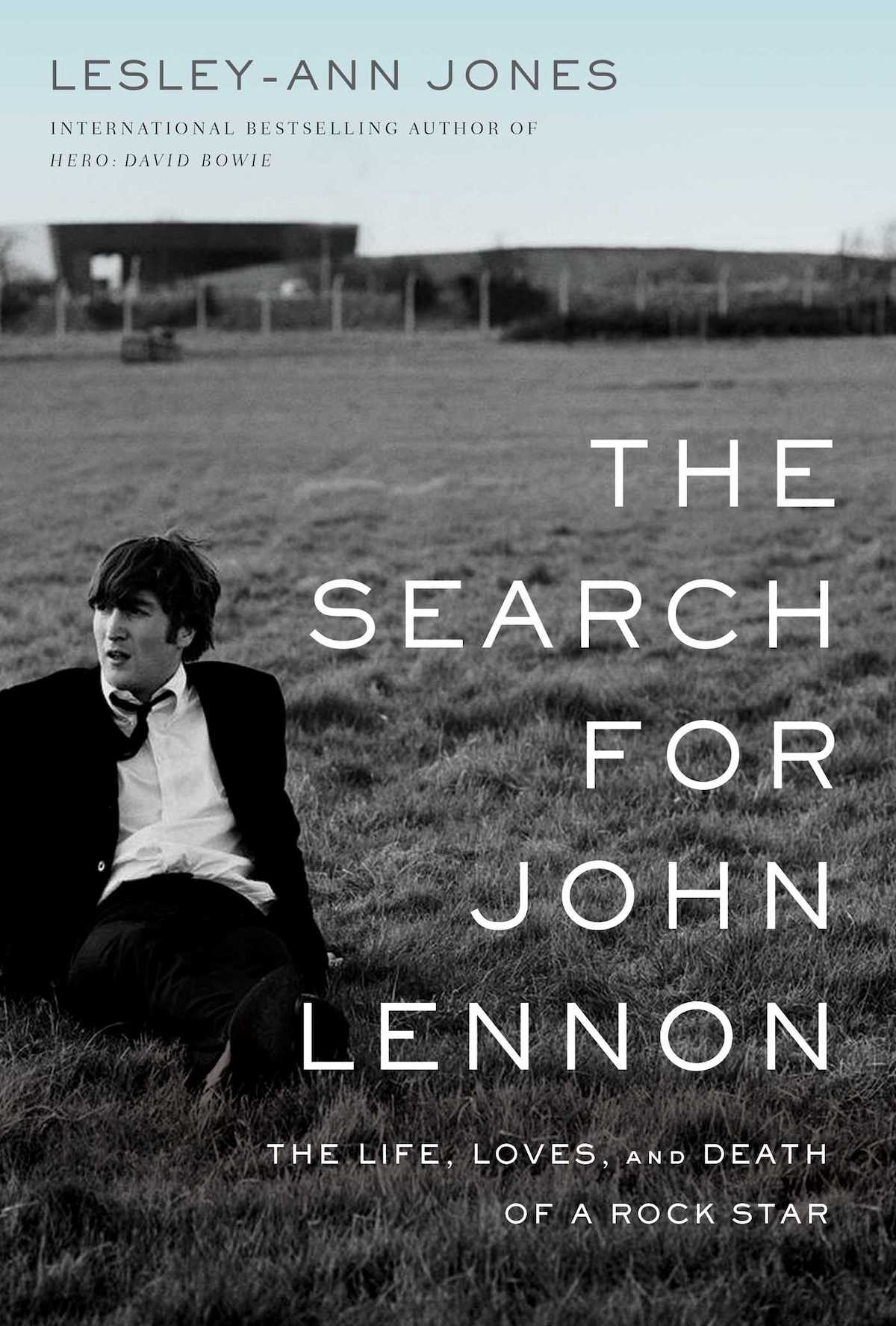 The Search for John Lennon: The Life, Loves, and Death of a Rock Star
By Lesley-Ann Jones

THE EDITED PRESS RELEASE: “Pulling back the many hidden layers of John Lennon’s life, Lesley-Ann Jones closely tracks the events and personality traits that led to the rock star living in self-imposed exile in New York — where he was shot dead outside his apartment on that fateful autumn day 40 years ago. Late on Dec. 8, 1980, the world abruptly stopped turning for millions, as news broke that the world’s most beloved musician had been gunned down in cold blood in New York City. The most iconic Beatle left behind an unrivaled body of music and legions of faithful disciples — yet his profound legacy has brought with it as many questions and contradictions as his music has provided truths and certainties. In this compelling exploration, acclaimed music biographer Lesley-Ann Jones unravels the enigma that was John Lennon to present a complete portrait of the man, his life, his loves, his music, his untimely death, and, ultimately, his legacy. Using fresh first-hand research, unseen material and exclusive interviews with the people who knew Lennon best, Jones’s search for answers offers a spellbinding, 360° view of one of the world’s most iconic music legends. The Search for John Lennon delves deep into psyche of the world’s most storied musician — the good, the bad and the genius — 40 years on from his tragic death.” 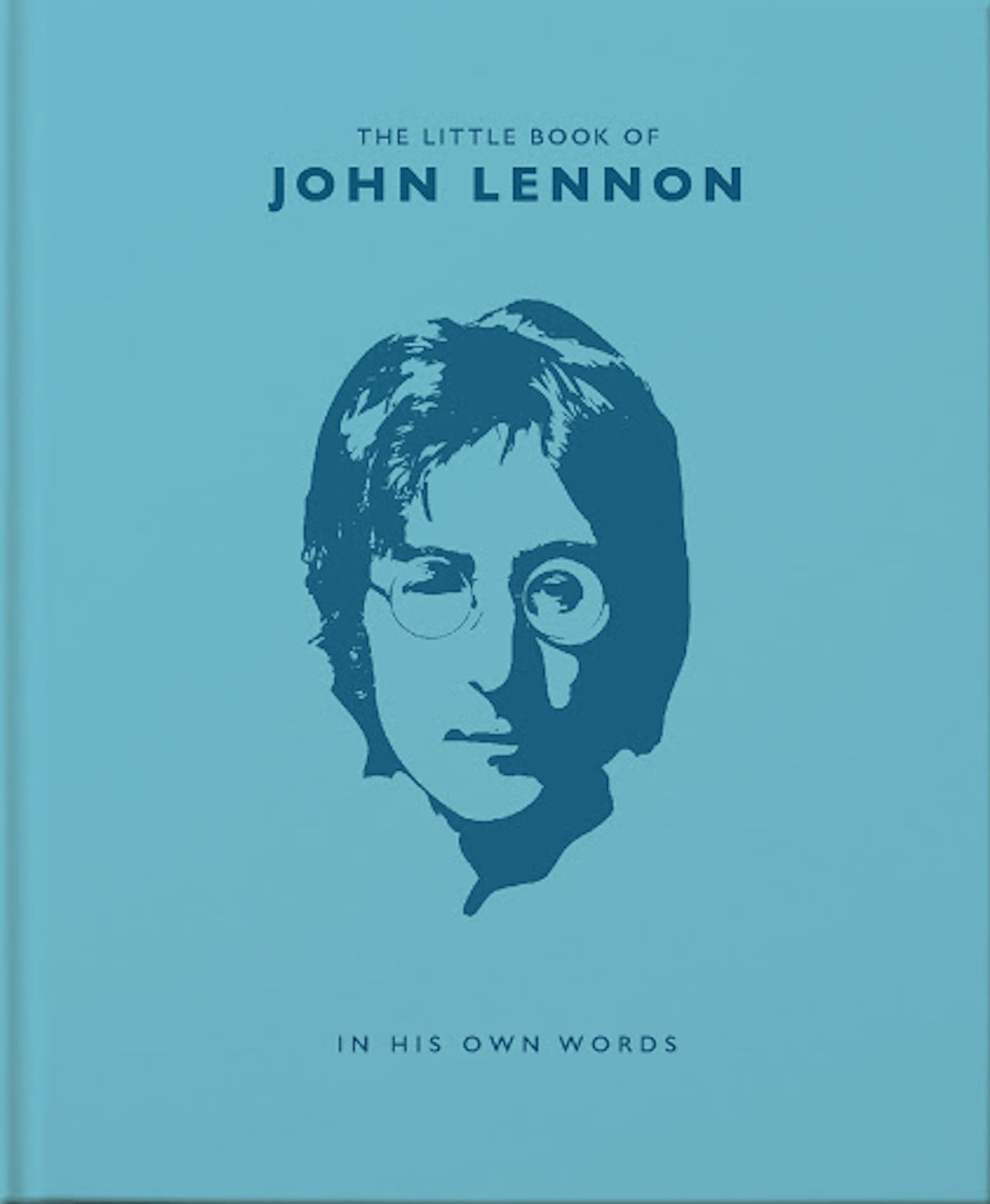 The Little Book of John Lennon: In His Own Words
By Malcolm Croft

THE EDITED PRESS RELEASE: “Born Oct. 9 1940 in Liverpool, John Lennon was a walking, talking, quote machine. Every time he opened his mouth, genius fell out. To celebrate this simple, glorious truth, The Little Book of John Lennon is here to remind you what a legend sounds like. From his days down in the dumps as a Liverpudlian scamp to his tenure in the world’s greatest beat combo to his post-Beatles bed-ins and living for peace, love and understanding, The Little Book of John Lennon speaks the truth as Lennon himself lived it. Imagine a world with no John Lennon — it’s easy if you try. But, why in the world would you want to? This is John Lennon at his best, and in his own words. ‘If everyone demanded peace instead of another television set, then there’d be peace’.” 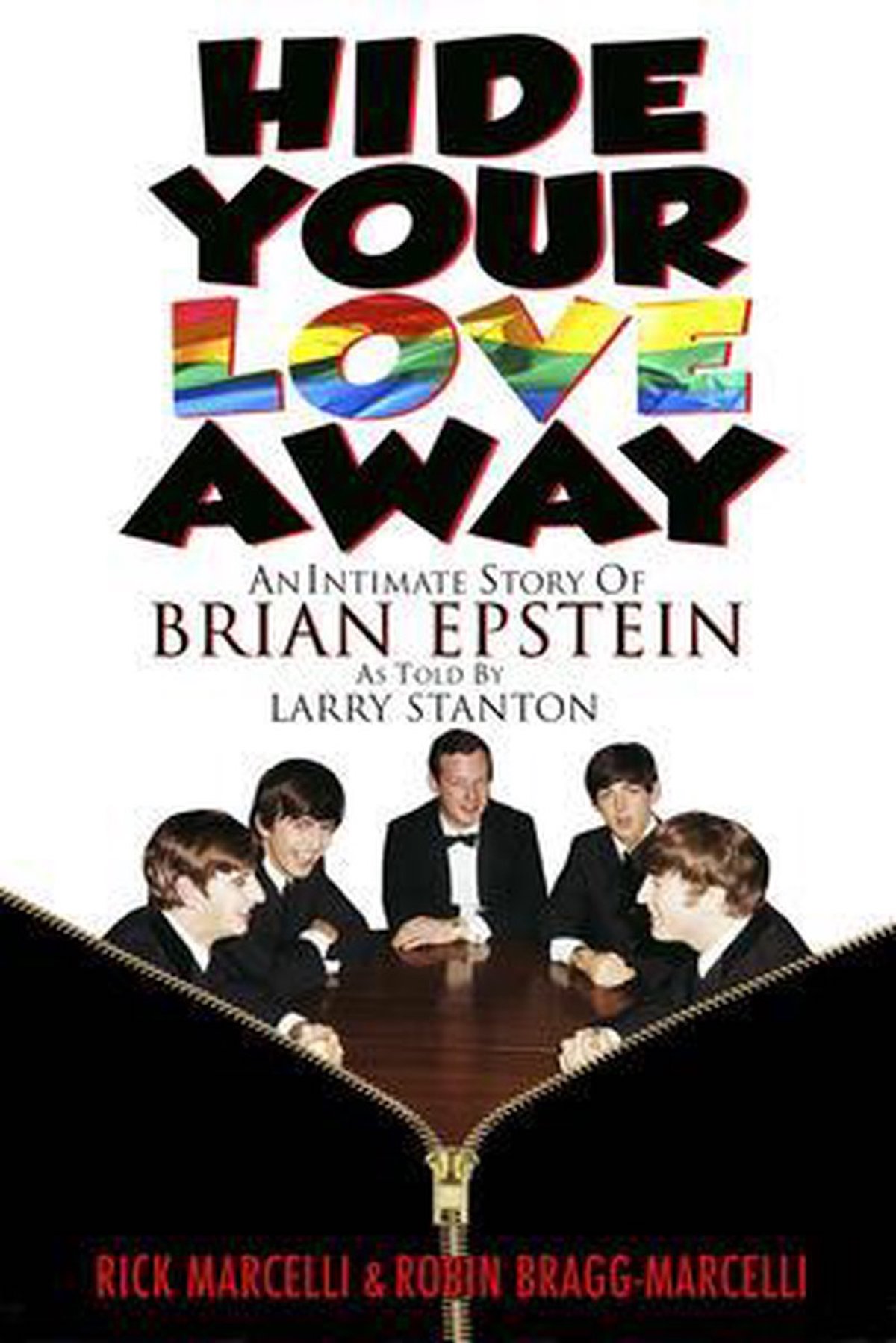 THE EDITED PRESS RELEASE: “While Brian Epstein was basking in the attainment of fame with The Beatles and traveling worldwide, he also was struggling with a concealed darker side of life. The artists he managed had no knowledge of the demons Brian hid within, but due to a chance meeting, Larry Stanton became a mutual confidant. Hide Your Love Away takes place during the sixties music revolution with Brian in the forefront of historical changes and both in the midst of Hollywood and British luminaries. Notorious London gangsters and music moguls who played in the demise of the internationally recognized manager are disclosed. Hide Your Love Away narrates the details of Brian and Larry’s four-year close and personal relationship and the introduction of a young manipulative man who became the toxic lover and may be responsible for Brian’s early death. Hide Your Love Away shares Brian and Larry’s quest for true love and supportive companionship when the laws in England and the U.S. kept gay men and women locked in the closet.” 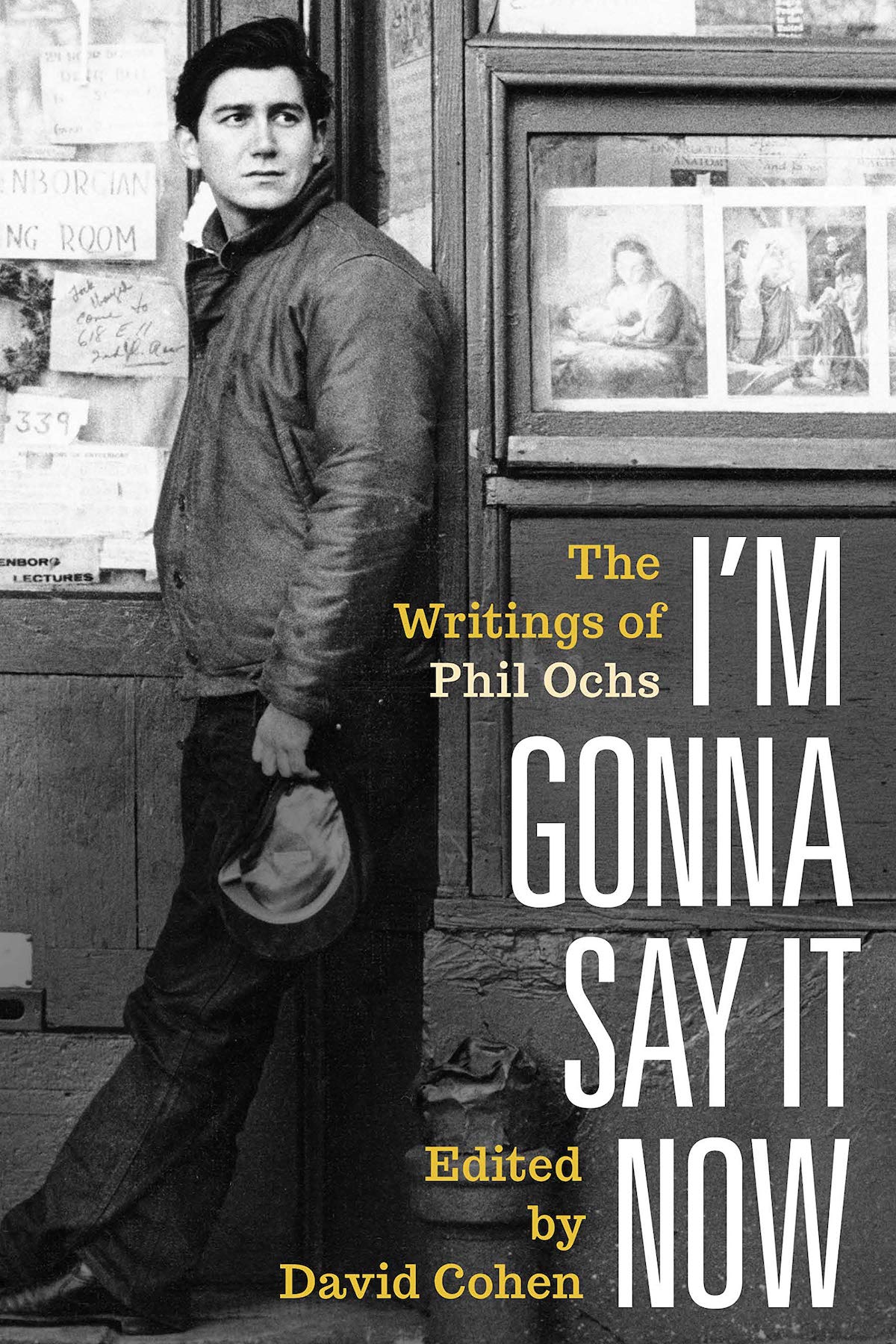 THE EDITED PRESS RELEASE: “Phil Ochs is known primarily as a songwriter; however, his oeuvre extends far beyond that ― to short stories, poetry, criticism, journalism, and satire, all of which are included in I’m Gonna Say It Now: The Writings of Phil Ochs, which represents the majority of what Ochs wrote outside of his large circle of songs. This comprehensive tome presents another side of the famous topical songwriter, showcasing his prose and poetry from across the full span of his life. From prizewinning stories and clear-eyed reporting while a journalism major in college to music criticism, satires, and political pieces written while part of the burgeoning folk scene of New York City in the early 1960s and during the tumultuous Vietnam War era; from sharp and lyrical poems (many previously unpublished) to reviews, features, and satires written while living in Los Angeles and the final, elegiac coda writings from near the end of his life ― I’m Gonna Say It Now presents the complete picture. The book includes many rare or nearly impossible-to-find Ochs pieces, as well as previously unpublished works sourced from the unique holdings in the Ochs Archives at the Woody Guthrie Center. Additionally, never-before-seen reproductions from Ochs’s journals, notebooks, and manuscripts provide a closer look at the hand of the artist, giving a deeper context and understanding to his writings. Never before published photographs of Ochs bestow the visual cherry on top.” 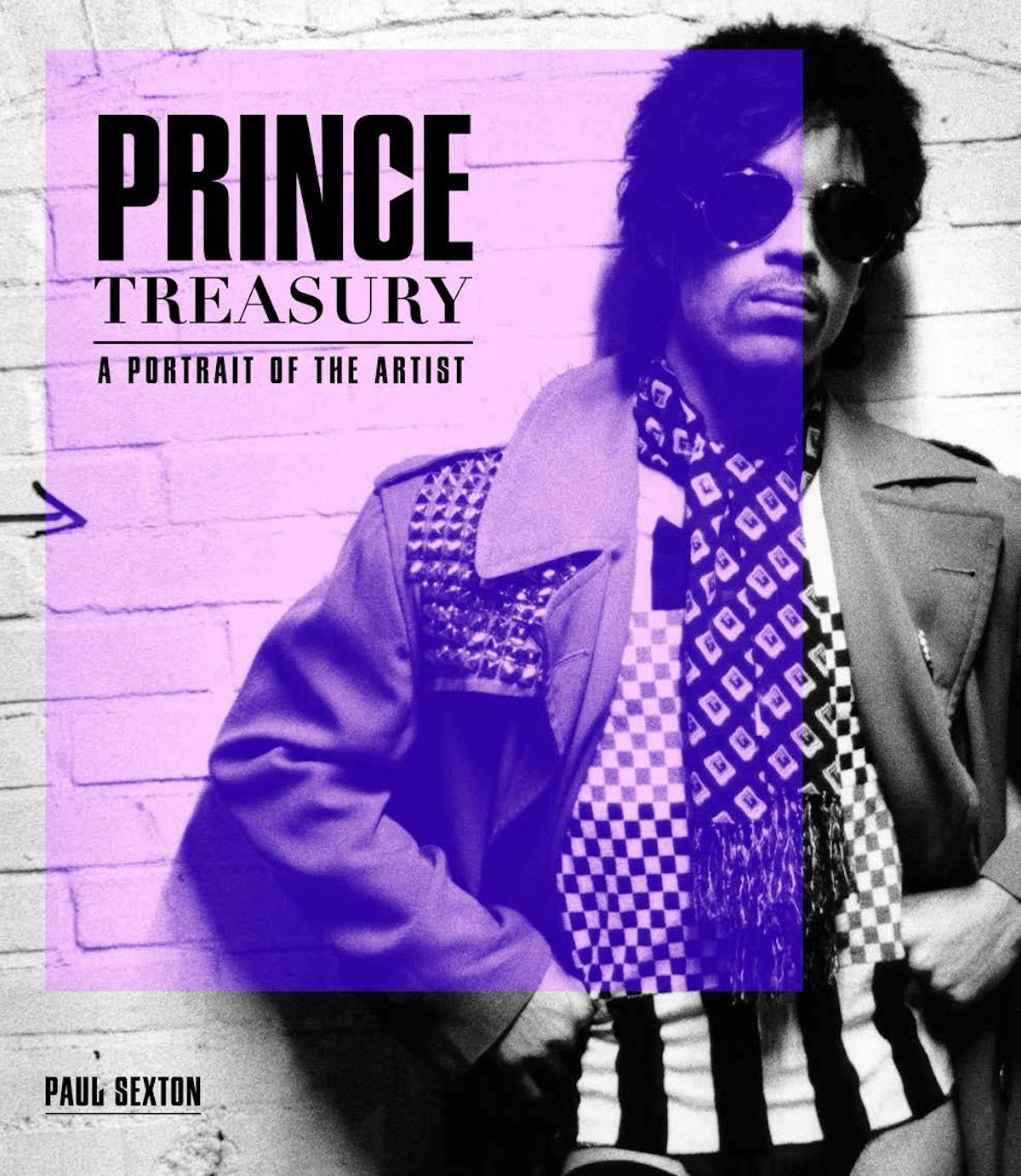 Prince: Treasury: A Portrait of the Artist
By Paul Sexton

THE EDITED PRESS RELEASE: “Prince Rogers Nelson was a musical phenomenon who constantly reinvented himself throughout his long and colourful career, changing his style and even his name to keep his artistic output fresh and funky. Eccentric and flamboyant with an impressive vocal range, Prince influenced many other musicians with his trademark mix of funk, rock and R&B. In addition to his remarkable musical output, Prince helped other performers on their path to stardom, written songs for a variety of artists and even directed (and starred in) his own movies. He produced over 35 albums, including 10 platinum albums in a career that spanned five decades, with 80 million records sold worldwide. Fans around the world mourned his untimely death in 2016.” 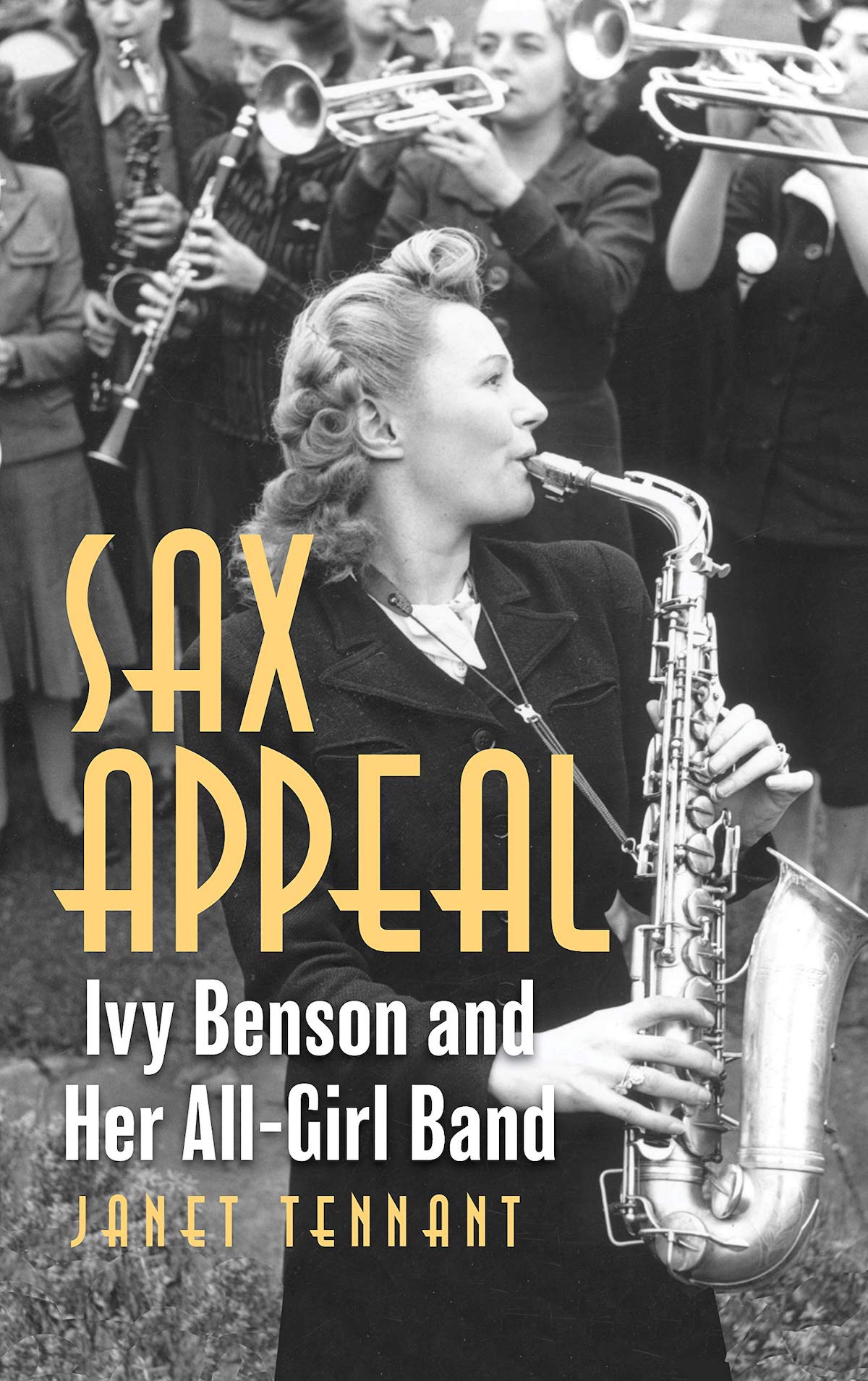 THE EDITED PRESS RELEASE: “Ivy Benson was born to be a musician. A good pianist by the age of 10, she was influenced by the music of Benny Goodman, Artie Shaw and other jazz legends to become a professional instrumentalist ― and at age 15, having taught herself to play the clarinet and saxophone, Benson joined an all-girl band in Yorkshire, England. Sax Appeal chronicles Benson’s life ― beginning with her childhood of relative poverty, exploring her time as a teenage musician playing in the seedy clubs of London, and highlighting her founding of a professional all-female jazz and swing band that would remain active for over 40 years.” 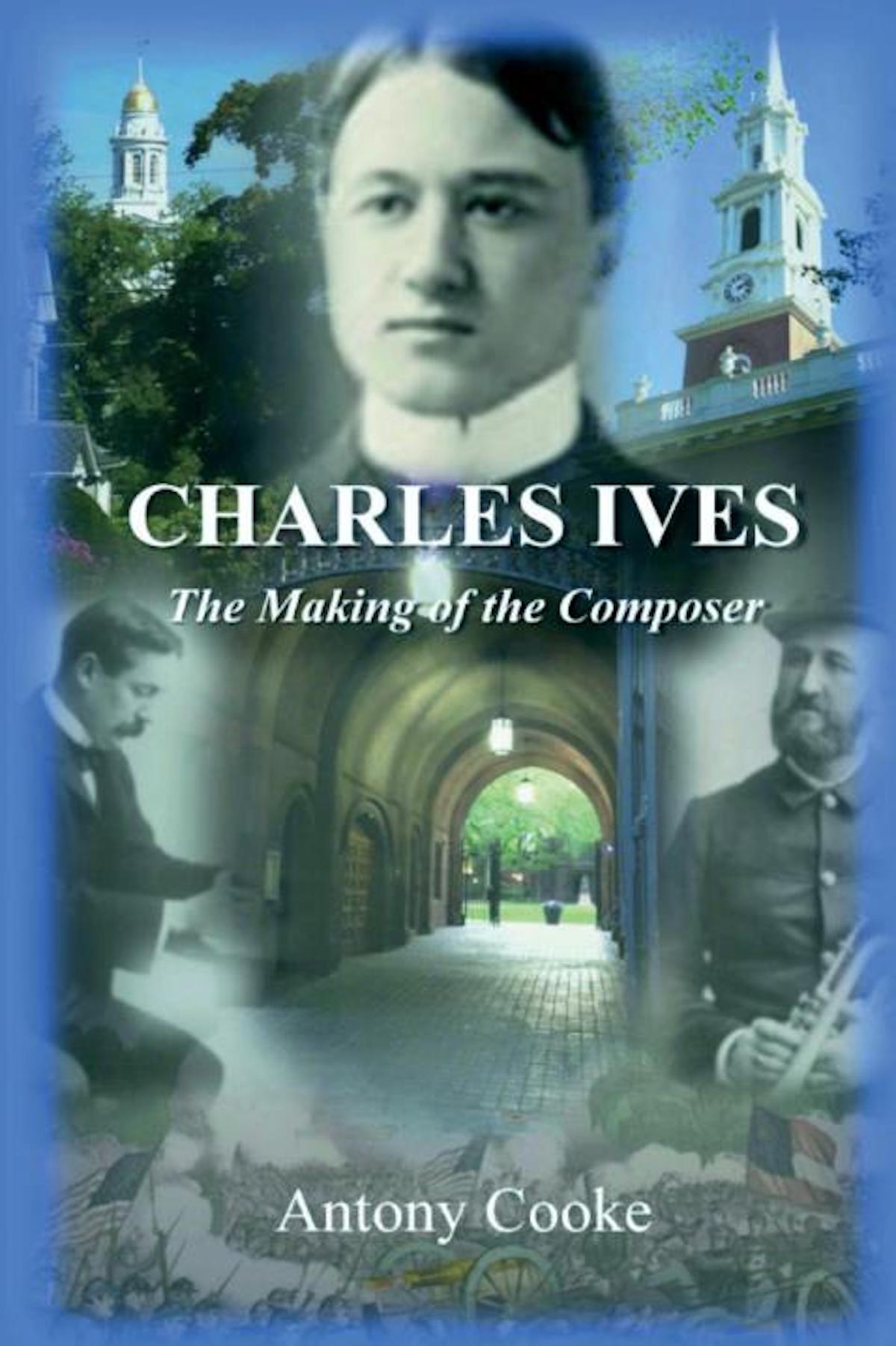 Charles Ives: The Making of the Composer
By Antony Cooke

THE EDITED PRESS RELEASE: “Trying to make sense of the music of Charles Ives without a substantial degree of preparation is more likely than not to end with the listener’s rejection. Ives was, of course, used to such reactions, but that was over a hundred years ago. Regardless, his music still is likely to confound, although it is less likely to create outrage. Times have changed, but Ives’ music sounds as current as ever. How did the phenomenon of an American composer emerging from what might seem to be less than ideal musical circumstances actually happen? Precisely, how, and when, as well as who and what, influences contributed to Ives’s musical choices, his unusual originality, methodology, and musical personality? Up until this time, insufficient comparative analysis has been undertaken to determine, as closely as possible, In the process, in recent scholarship, the substantial musical exposure Ives received throughout his upbringing in Danbury often has been underestimated, and his formal studies at Yale over-creditedwithout the proper balance being understood or fully considered. Charles Ives: The Making of the Composer sets out on the ambitious trail of uncovering what really happened in the evolution of America’s first great composer, during the years just before and after the turn of the 20th century.” 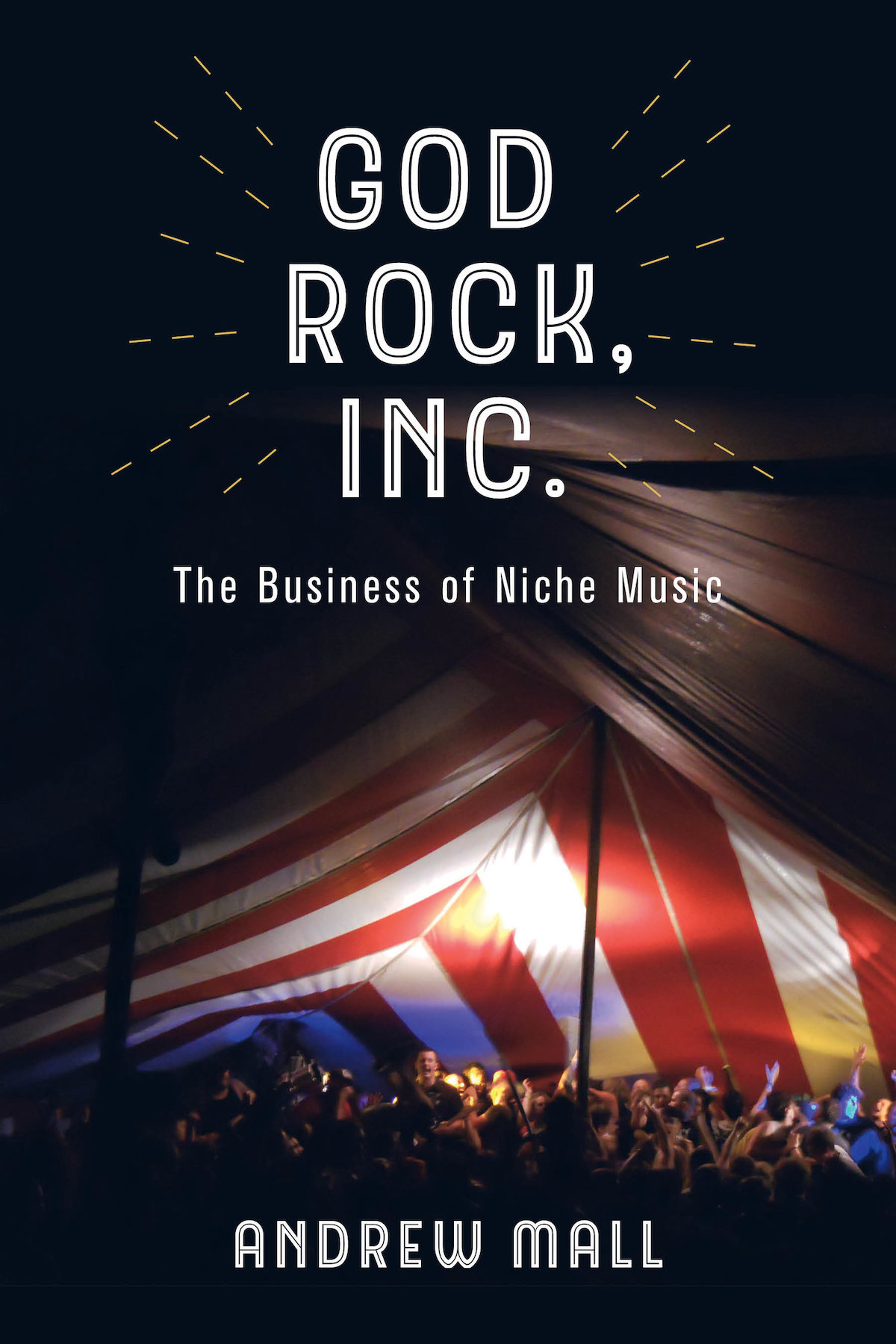 THE EDITED PRESS RELEASE: “Popular music in the 21st century is increasingly divided into niche markets. How do fans, musicians, and music industry executives define their markets&; boundaries? What happens when musicians cross those boundaries? What can Christian music teach us about commercial popular music? In God Rock, Inc., Andrew Mall considers the aesthetic, commercial, ethical, and social boundaries of Christian popular music, from the late 1960s, when it emerged, through the 2010s. Drawing on ethnographic research, historical archives, interviews with music industry executives, and critical analyses of recordings, concerts, and music festival performances, Mall explores the tensions that have shaped this evolving market and frames broader questions about commerce, ethics, resistance, and crossover in music that defines itself as outside the mainstream.”