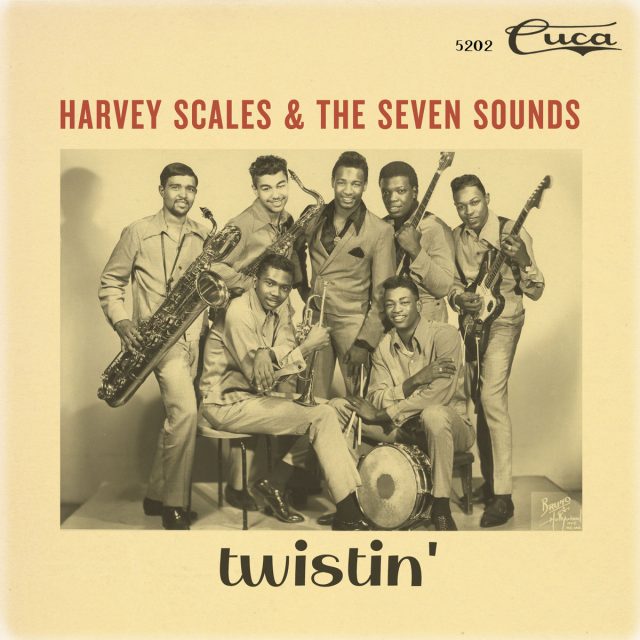 THE EDITED PRESS RELEASE: “Half of a decade before Harvey Scales & The Seven Sounds delighted dance floors with their disc Get Down, the Milwaukee-born ensemble was laying down slabs of sweat-soaked R&B for Cuca Records.

Scales’ 1963 debut single The Clock b/w Every Step Of The Way was issued under his Twistin’ Harvey pseudonym and was backed by The Birdlegs. “I had a twist contest with Chubby Checker and beat him out,” Scales recalled. “That’s how I got the name.” Later that year Scales formed The Seven Sounds, featuring bassist and bandleader Albert Vance, guitarist Rudolph Jacobs, drummer Bill Stonewall, and a horn section of trumpeter Monnie Smith, bari saxist Bill Purtie, and the dueling tenor saxes of Ray Armstead and Mel Taylor. In addition to the eight sides pressed on Cuca between 1963 and 1967, 11 previously unissued cuts have sat in the vaults since, swaying from dance floor movers to group harmony ballads.”