Of the 650-plus new releases arriving this week, at least 100 are definitely on my radar. And I could have put at least 20 or 30 of those into this list. But rather than take up your whole Sunday, I whittled it down to these seven essentials: 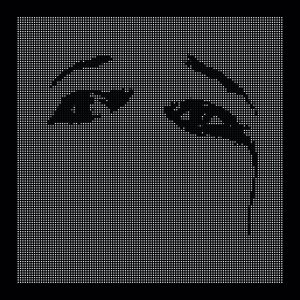 THE PRESS RELEASE: “Grammy-winning, internationally lauded band Deftones have announced their feverishly anticipated album Ohms. Speculation of the forthcoming album amongst fans has swept across the media landscape, stoking curiosity as the band’s website and social platforms went dark. The intrigue continued to rise when they revealed the striking album art on their site with no additional information. Designed by longtime collaborator Frank Maddocks (who also designed the iconic White Pony LP cover), the captivating album image of two eyes made up of thousands of white pixels cryptically appeared on a billboard in the cultural hot-spot of Los Angeles on Fairfax Avenue above the landmark restaurant Canter’s Deli with the caption “This Is Our Time…We Devour The Days Ahead.” Recorded at Henson Studios in Los Angeles and Trainwreck Studios in Woodinville, WA, Ohms is an other-worldly body of work meticulously crafted by the five-piece band. It is a magnificent tour de force and their first album in four years since the critically acclaimed Gore LP in 2016. The band, which includes Chino Moreno, Frank Delgado, Stephen Carpenter, Abe Cunningham, and Sergio Vega, has produced a dense LP with every member firing on all cylinders. The album also boasts a familiar collaborator in veteran producer and engineer Terry Date, who worked on 1995’s Adrenaline, 1997’s Around the Fur and 2000’s White Pony. All of the above assembles and sets the stage to deliver Ohms; 10 tracks of raw escapism and unparalleled grooves that have made Deftones’ sound singular for over two decades.” 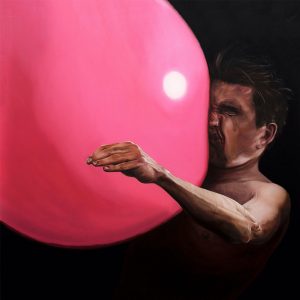 THE PRESS RELEASE: “Following Brutalism (2017) and Joy As An Act of Resistance (2018), two releases that garnered global critical acclaim, Idles return with their highly anticipated third album — Ultra Mono. Sonically constructed to capture the feeling of a hip-hop record (including production contribution from Kenny Beats), the album doubles down on the vitriolic sneer and blunt social commentary of their past work. Not far beneath the surface of their self-admitted sloganeering lies a deeply complex and brutally relevant album that chews up clichés and spits them out as high art for the masses. This is momentary acceptance of the self. This is Ultra Mono.” 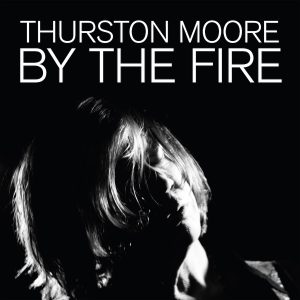 Thurston Moore
By The Fire

THE PRESS RELEASE: “This is Thurston Moore’s seventh solo album, and features musicians Deb Googe (My Bloody Valentine) on bass and backing vocals, Jon Leidecker aka ‘Wobbly’ (of Negativland) on electronics, James Sedwards on guitar, and Sonic Youth’s Steve Shelley, as well as Jem Doulton, alternating on drums. Prior to isolation during the COVID pandemic, Thurston worked in recording studios in North London until the third week of March 2020 to complete this album for release. While the musicians may not immediately tour, Thurston was adamant to release By The Fire in 2020. By The Fire is music in ﬂames. 2020 is our time for radical change and collective awareness and Thurston Moore has written nine songs of enlightenment, released to a world on ﬁre. Taking a cue from Albert Ayler’s “music is the healing force of the universe”, this recording offers songs as ﬂames of rainbow energy, where the power of love becomes our call. These are love songs in a time where creativity is our dignity, our demonstration against the forces of oppression. By The Fire is a gathering, a party of peace — songs in the heat of the moment. Some of the songs feature all of the musicians whist a few are solo guitar and vocals. Thurston is working on the ﬁnal cover and sleeve art with London-based artist Radieux Radio, who also scribed lyrics for a few of the tracks.” 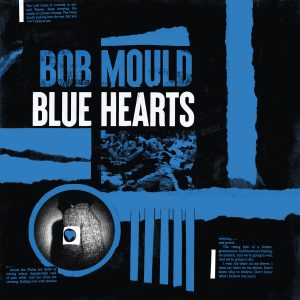 THE PRESS RELEASE: “Legendary singer-songwriter-guitarist-bandleader Bob Mould has announced the release of his 14th solo LP Blue Hearts, an explosive new album. Blue Hearts is perhaps the most directly confrontational work of Bob Mould’s four-decade career, a raging 14-track collection described by its creator as “the catchiest batch of protest songs I’ve ever written in one sitting.” Produced by Mould at Chicago’s famed Electrical Audio with longtime collaborator Beau Sorenson engineering, the album — which once again features backing from the crack rhythm section of drummer Jon Wurster and bassist Jason Narducy — nods to the veteran singer-songwriter’s groundbreaking past while remaining firmly planted in the issues of the day. Where Sunshine Rock captured Mould at his most “violently happy,” Blue Hearts is both seething and pointed, the raging yin to ​the previous album’s positive yang. As volatile, hook-laden, and aggressively honest as anything in Mould’s remarkable canon, Blue Hearts is fueled by a pervasive sense of déjà vu, its angry anthems of today equally informed by his experiences and memories of the early 1980s. Back then, Mould was a self-described “22-year-old closeted gay man” touring with the one and only Hüsker Dü as AIDS consumed his community. Leaders — including the one in the White House — seemed content to let the epidemic kill a generation. No wonder Bob Mould found his mind wandering back… “We have a charismatic, telegenic, say-anything leader being propped up by evangelicals,” he says. “These fuckers tried to kill me once. They didn’t do it. They scared me. I didn’t do enough. Guess what? I’m back, and we’re back here again. And I’m not going to sit quietly this time and worry about alienating anyone.” 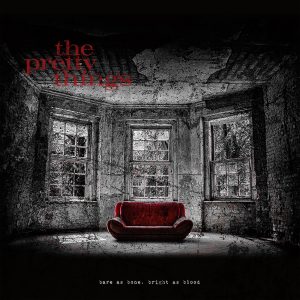 The Pretty Things
Bare As Bone, Bright As Blood

THE PRESS RELEASE: “The 15th May 2020 marked the death of Phil May, the legendary lead singer with The Pretty Things. At the time of his death, Phil was hugely excited about the impending release of the first-ever, all-acoustic Pretty Things album, which had recently been completed. The words below were written on the 5th May, just nine days before Phil died. We have left them unchanged as they remain relevant to the album and particularly to Phil and his connection to it. Even at this stage in his career, Phil was enthusiastically looking forward to performing these dark songs live and showcasing fresh on-stage approaches. Unfortunately, the songs will never be heard live with Phil’s voice, but that doesn’t diminish the power of this remarkable record which stands as a touching tribute to one of the most significant artists of a rightly celebrated generation (and beyond). For anyone who knows The Pretty Things, their retirement from live, electric, performances in December 2018 will be a well-known fact. After the dust had settled on that memorable and emotive night, what they were going to do next was not. In the end, the chosen route was obvious. The band had been performing a rootsy, acoustic blues segment in every live show for more than 10 years — a homage to their musical roots that was hugely well-received and always highly anticipated. Bare As Bone, Bright As Blood is an album of raw, live, devil’s music straight from the Dartford Delta with its heart in Depression-era Mississippi. A record to make the band’s die-hard fanbase think, as well as enjoy, and take them back to where the “First Wave British R&Bers” came in. Not just a jolly trip down memory lane, but something to put some perspective on the emerging road ahead, as well as view back down that road. It features a mix of source material; standards the band has featured in its set for years; some semi-contemporary compositions by unexpected, existing and established artists (but of a younger generation); original recordings penned by old friends and new finds. There is a connection across the 55-year time span between the start-up Pretties, and this newly emerging, acoustic and roots Pretty Things.” 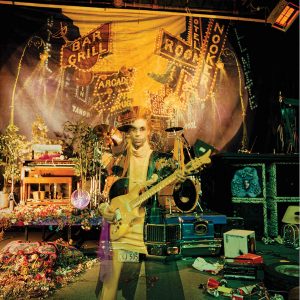 THE PRESS RELEASE: “I feel that we’re on the brink of something. It is going to be strict and wild and pretty.” – Prince, 1986. Overflowing with musical ideas and topical lyrics that sound just as relevant today as they did when they were initially released, Prince’s iconic double album Sign O’ The Times captured the artist in a period of complete reinvention. The final 16-track album included just some of the countless songs Prince recorded in the prolific period of 1985-1987, which saw the dissolution of his band The Revolution, the construction of his innovative recording complex, Paisley Park, and the creation (and ultimate abandonment) of the albums Dream Factory, Camille, and Crystal Ball. This week, The Prince Estate will reissue Sign O’ The Times. The Super Deluxe Edition will feature the classic album remastered for the very first time, 63 previously unreleased tracks, and a previously unreleased two-hour video concert performance from Prince’s legendary vault that illuminates his wide-ranging and prolific creativity in this era. Following the successful release of the 1999 Super Deluxe Edition in the fall of 2019, the Sign O’ The Times Super Deluxe Edition represents the deepest dive to date into Prince’s vault and includes a total of 92 audio tracks across eight CDs or 13 LPs.” 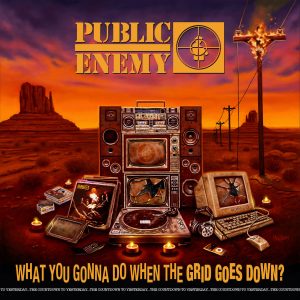 Public Enemy
What You Gonna Do When The Grid Goes Down?

THE PRESS RELEASE: “Public Enemy rewrote the rules of hip-hop, becoming the most influential and controversial rap group of the late ’80s and, for many, the definitive rap group of all time. Building from Run-DMC’s street-oriented beats and Boogie Down Productions’ proto-gangsta rhyming, Public Enemy pioneered a variation of hardcore rap that was musically and politically revolutionary. With his powerful, authoritative baritone, lead rapper Chuck D rhymed about all kinds of social problems, particularly those plaguing the black community, often condoning revolutionary tactics and social activism. In the process, he directed hip-hop toward an explicitly self-aware, pro-black consciousness that became the culture’s signature throughout the next decade. While Public Enemy’s early albums, produced with the Bomb Squad, earned them a place in the Rock and Roll Hall of Fame, they continued to release relevant material up to and beyond their 2013 induction. Now, Public Enemy is back, and is ready to tell the world to once again Fight The Power! Returning to Def Jam after more than two decades, Public Enemy is back and louder than ever! What You Gonna Do When The Grid Goes Down is the revitalized social justice anthem of 2020 and the body of work is a call to action, inciting justice for the black community. The album features artists such as DJ Premier, Mike D, Ice-T, PMD, Run-DMC and Jahi.”