Lotus aren’t big on words as a rule. For the past 20 years or so, the instrumental Philadelphia quintet have been content to let their music do the talking for them. And it’s worked out pretty well — especially on their recently released album Free Swim, a jammy, groovy fusion of rock, electronica and pretty much everything between. But today, bassist and sample-master Jesse Miller (far left in the photo above) breaks the silence to weigh in on my pointless questions. I wouldn’t blame him if he wishes he had kept his mouth shut. Read on:

What is your musical origin story?
My parents started me into piano lessons when I was young. That taught me how to read music and gave me the basics of theory. In high school I started a band with some friends. We had a horn section, so I got into transcribing parts for them to play. That’s when I first picked up bass. In college we started Lotus, but I also played with a lot of other groups — jazz, rock, bluegrass, classical on double bass. I learned a lot about music and improvising in those four years.

What’s your latest project? Tell us everything we need to know.
The latest project is Lotus’s new album Free Swim. It is an instrumental album that draws from disco, house, funk, soul, Afrobeat — all filtered through the lens of Lotus. 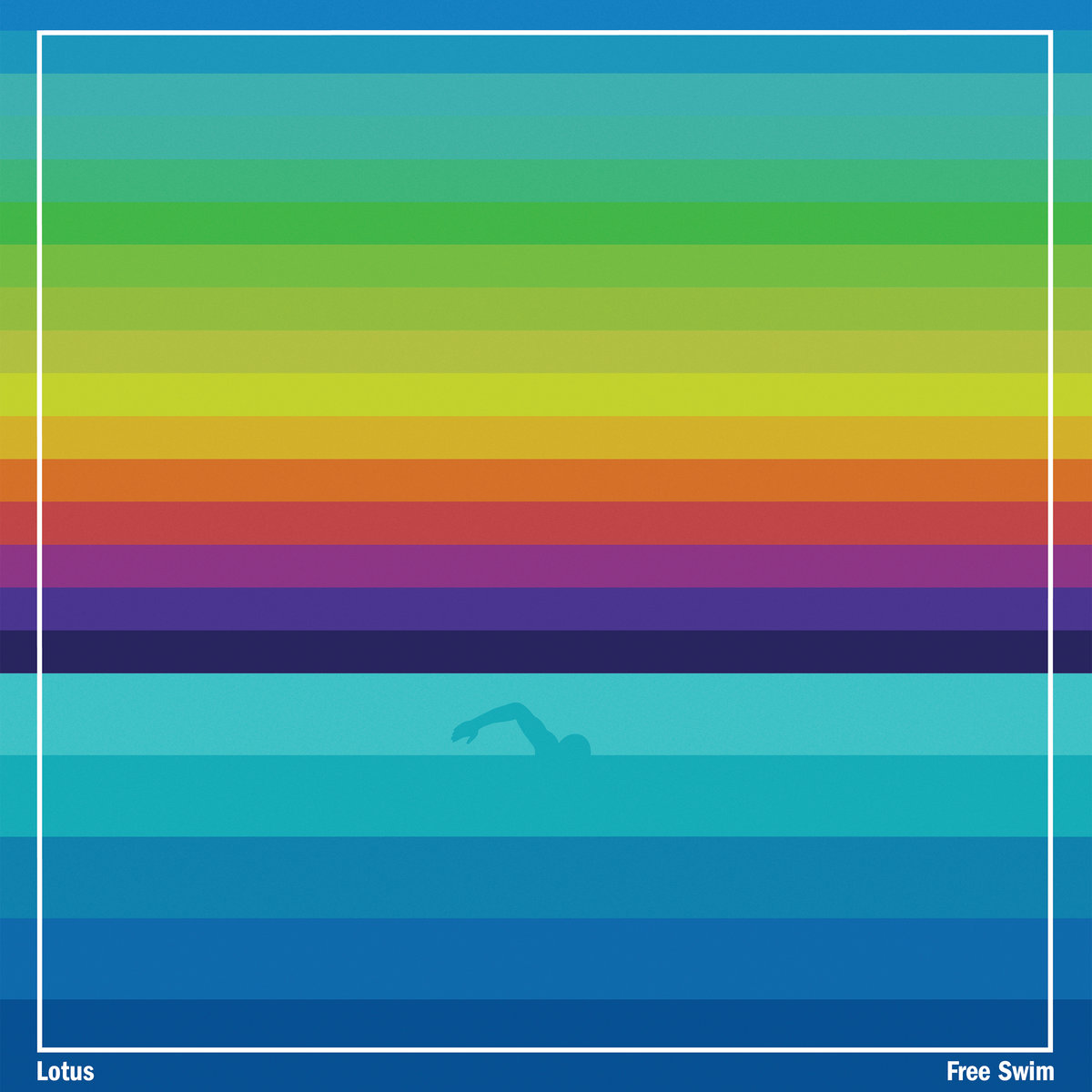 What truly sets you apart from other artists?
The biggest thing is probably the group improvisation we do live. A lot of groups have solos, but we play long stretches with no designated soloist. But, I think our compositions also make the band unique. We don’t think of our music as part of a specific genre, but we do try to keep it danceable, write catchy melodies and stay away from a virtuosic approach. Even though we are primarily instrumental, I think it is pretty easy to pick out tracks as Lotus songs.

What will I learn or how will my life improve by listening to your music?
Everything you need to know about the Dorian mode, ha! And hopefully you’ll feel more energized and inspired.

What album / song / artist / show changed your life?
“Changed your life” seems unnecessarily big, but Miles Davis’ Bitches Brew really shifted my perspective. It was so different than any other albums I knew before it. That album really builds its own unique musical world and lives inside of it.

Tell us about the first song you wrote and / or the first gig you played and what you got paid.
My high school ska band got hired to play a weekly gig at a night club in Denver. It didn’t really make sense. First of all, we were all underage, not even 18. Secondly, they wanted us to play 2 or 3 hour-long sets and we were used to playing 30-45 minute slots and didn’t have nearly enough material. I think they paid us $250 and didn’t ask us to come back for Week 2.

What is the best / worst / strangest / most memorable performance you gave?
We played Ultra Music Festival once and we were forced to start our set before the gates were opened. One of the most memorable was Rothbury 2008. First year for that festival and we had a prime slot on the first night. Huge crowd and the energy was wild since no one really knew what to expect from the grounds or festival.

What is the best / worst / strangest / most memorable performance you’ve seen another artist give?
I saw a Deerhunter show a couple years ago that ended with Bradford Cox talking to some kid in the front row, trying to play songs he didn’t know and messing around on a guitar for the final 30 minutes. The 75 minutes prior was a fantastic set that for some reason was followed by the worst encore I’ve ever seen.

What do you want to be doing in 10 years?
I hope to still be making music and discovering new approaches. Becoming static is artistic death.

What living or dead artists would you collaborate with if you could?
Brian Eno, Nils Frahm, Floating Points.

What artist or style of music do you love that would surprise people?
I don’t know if it is a surprise, but I listen to a lot of jazz and classical minimalism.

What are your favourite songs / albums / artists right now?
Chicano Batman – Color My Life. Really interesting mix by Shawn Everett. Justice put out a film called Iris: A Space Opera that was them performing their stage show with a giant light show and no audience. It is one of the best lighting productions I’ve ever seen.

Who would you be (or have you been) starstruck to meet?
Philip Glass

Tell us a joke.
I don’t do one-liners, I’m more of a tight five performer where I rant about portmanteaus, Chris Thile, goats, Puerto Rican Day, what kind of pie should be submerged in what type of soup or a proper courtesy fade.

What superpower do you want and how would you use it?
Some sort of power that filters out all the “you know”, “like” and other placeholder words and phrases from speech.

What skills — useful or useless — do you have outside of music?
I do a lot of video and graphic design and artwork. But most of that is still somewhat music related.

What do you collect?
Analog synths.

If I had a potluck, what would you bring?
I love to cook. Depends on the season, I cook vegan and vegetarian food and usually aim for fresh produce. I recently did a fried tofu sandwich that was delicious.

What current trend or popular thing do you not understand at all?
TikTok, Cardi B, why anyone would believe Q-Anon, oversharing on social media, comic book films.

Tell us about your current and/or former pets.
No pets, I travel too much. But I’d love to have a pygmy goat someday.

If you could have any other job besides music, what would it be and why?
I’d probably try to work in film or visual art. I love creating.

What’s the best advice you were ever given?
For a 3-button suit it is “never, always, sometimes” on which buttons to use.