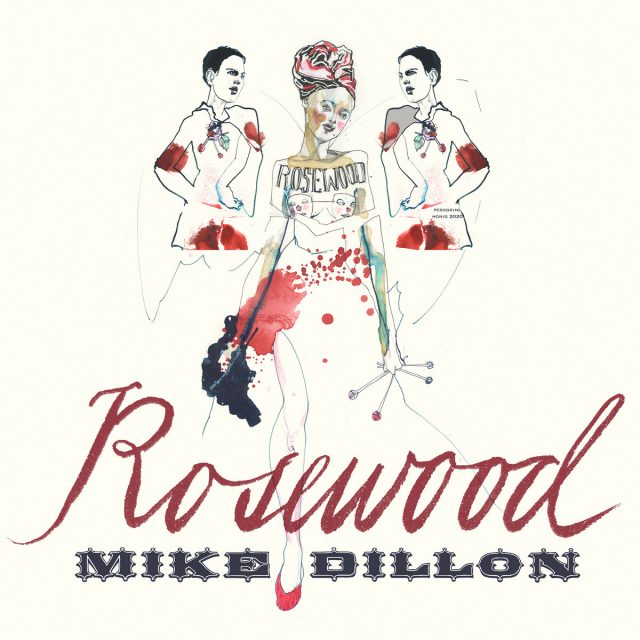 You probably hear the marimba every day — it’s the source of the jaunty ringtone millions of folks use on their mobile phone. Something you don’t hear every day: The marimba used as the lead instrument on an album of percussion-fuelled jazz-rock instrumentals — including richly textured covers of Trent Reznor’s Hurt and Elliott Smith’s Talking To Mary and Can’t Make A Sound. I’d suggest substituting marimba master Mike Dillon’s superbly crafted, inspired tracks for your current ringtone — except that you’d never answer your calls because you wouldn’t want to interrupt the music.

THE PRESS RELEASE: “Mike Dillon’s new album Rosewood has 13 majestic tracks created solely with vibraphone and percussion instruments. Dillon, in fact, titled the record Rosewood for the type of lumber used to make marimba bars. The album’s first single Hurt pays tribute to the Johnny Cash arrangement of the classic Trent Reznor / Nine Inch Nails song. For Dillon, Rosewood musically signifies transition and transformation. It was written and record during a period where Dillon was in the midst of leaving a long-term relationship, followed by the beginning of a new relationship that would result in marriage. Dillon also found himself relocating from his longtime home-base, New Orleans to his current residence, Kansas City. Rosewood also finds Dillon, a musician who’s been hailed “a punk jazz provocateur,” shifting from the freewheeling, anything goes aesthetic of his primary touring unit, The Mike Dillon Band, to a more conceptual and compositional approach. He’d hinted at this side of his musical personality with the 2016 release Functioning Broke, as well as a series of yearly performances at Music Box Village with his 30-plus piece New Orleans Punk Rock Percussion Consortium. However, the prior album relied heavily on outside material, including songs by Elliott Smith, Neil Young and Martin Denny, while the latter performance experiment required the massive energy generated by three dozen musicians on percussion and mallet instruments. On Rosewood, Dillon boils down the essence of those two projects into a focused auditory journey, drawing almost exclusively on his own compositions with exception of two more Smith songs, Talking To Mary and Can’t Make A Sound, along with the ghostly reading of Hurt. Dillon performed all of the parts himself with exception of contributions by drummer and frequent collaborator Earl Harvin and the guiding hand of old friend and recording engineer Chad Meise.”