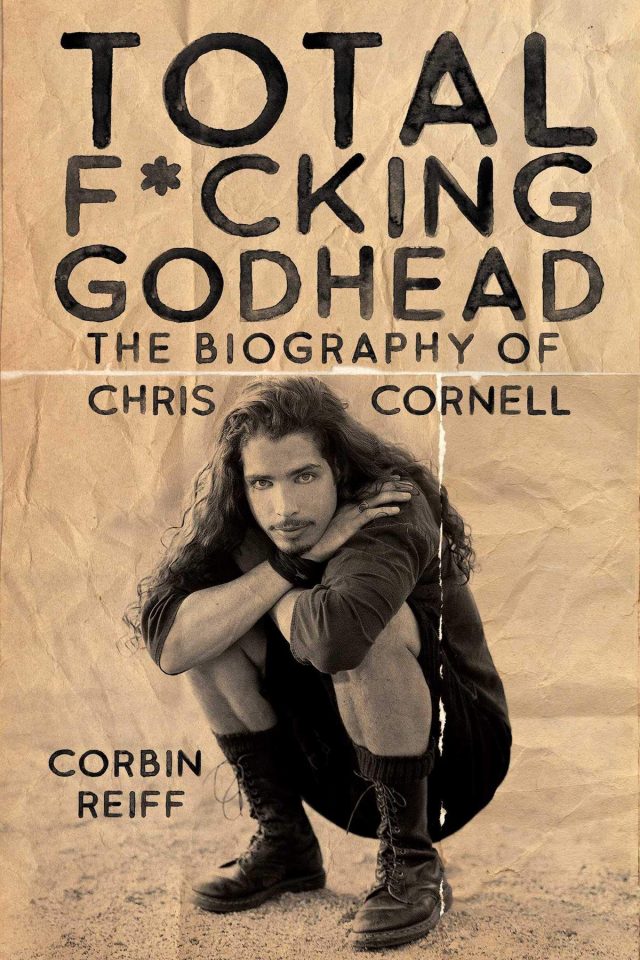 Chris Cornell’s life. James Hetfield’s cars. Suzi Quatro’s lyrics. The Beatles’ Nordic travels. Queercore and country’s histories. These are just some of the musical topics being covered — some in hardcover and others in paperback — over the next few days. Read all about it: 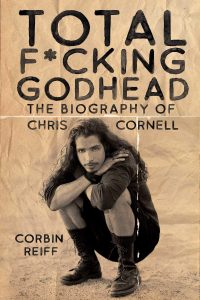 THE PRESS RELEASE: “With input from those who knew and worked with him  —together with his own words — Total F*cking Godhead recounts the rise of Chris Cornell and his immortal band Soundgarden as they emerged from the 1980s post-punk underground to dominate popular culture in the ’90s alongside Pearl Jam, Alice In Chains and Nirvana. Seattle resident and rock writer Corbin Reiff also examines Cornell’s dynamic solo career as well as his time in Audioslave. He delves into his hard-fought battle with addiction, and the supercharged reunion with the band that made him famous before everything came to a shocking end.” 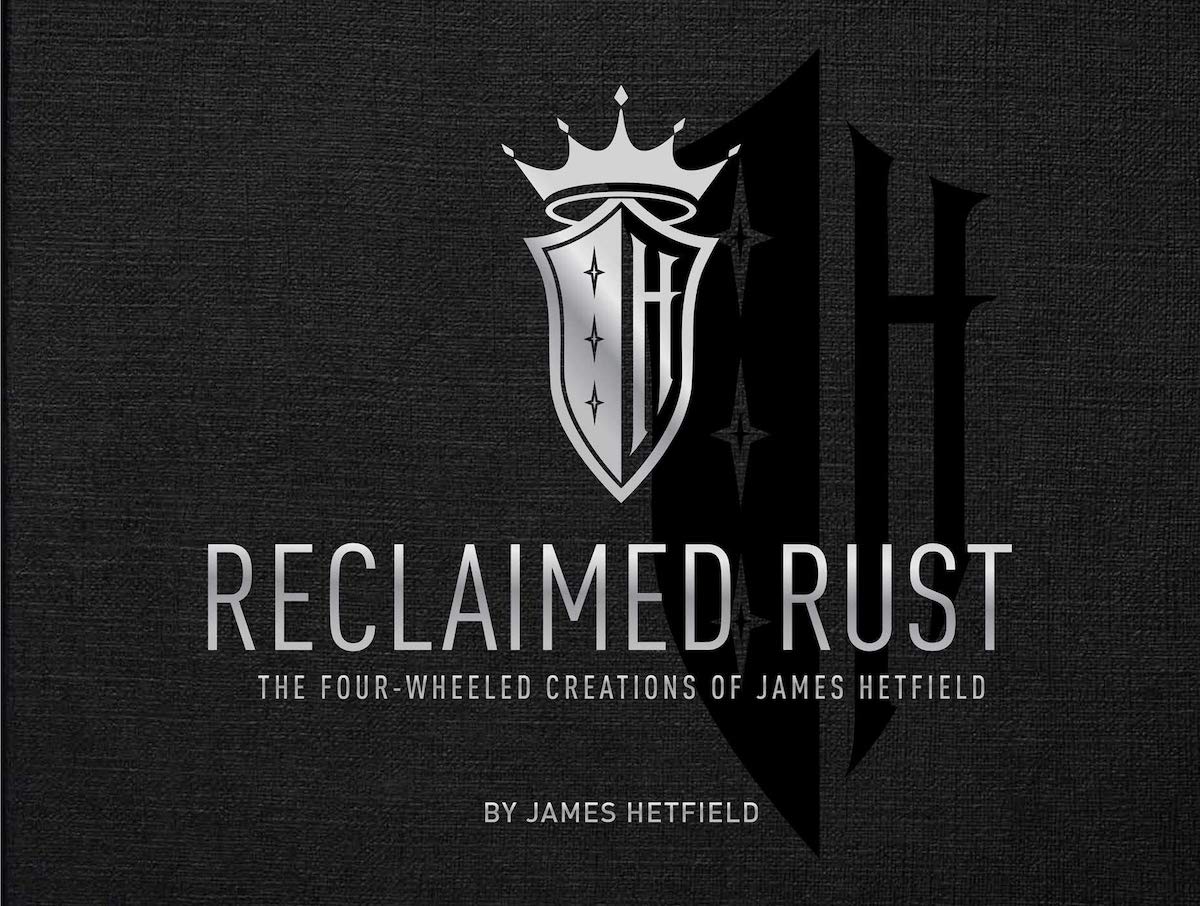 THE PRESS RELEASE: “James Hetfield, Metallica’s front man, opens up his garage for an exclusive tour of the highlights of his incredible collection of restored and customized classic cars. Millions know Hetfield from music, but the acclaimed singer-songwriter has enjoyed another lifelong passion: restoring and customizing classic cars into magnificent pieces of automotive art. From cars such as the Skyscraper to the Aquarius and the Black Pearl, Hetfield’s collection of beautifully reimagined classic automobiles is truly stunning. For the first time, Hetfield is opening up his garage and inviting readers to dive under the hood of some of these internationally lauded classics. Featuring dynamic, specially commissioned photography of the cars and insight from Hetfield into their creation, this book is a unique opportunity to learn about the Metallica front man’s passion for creating bespoke classic cars.” 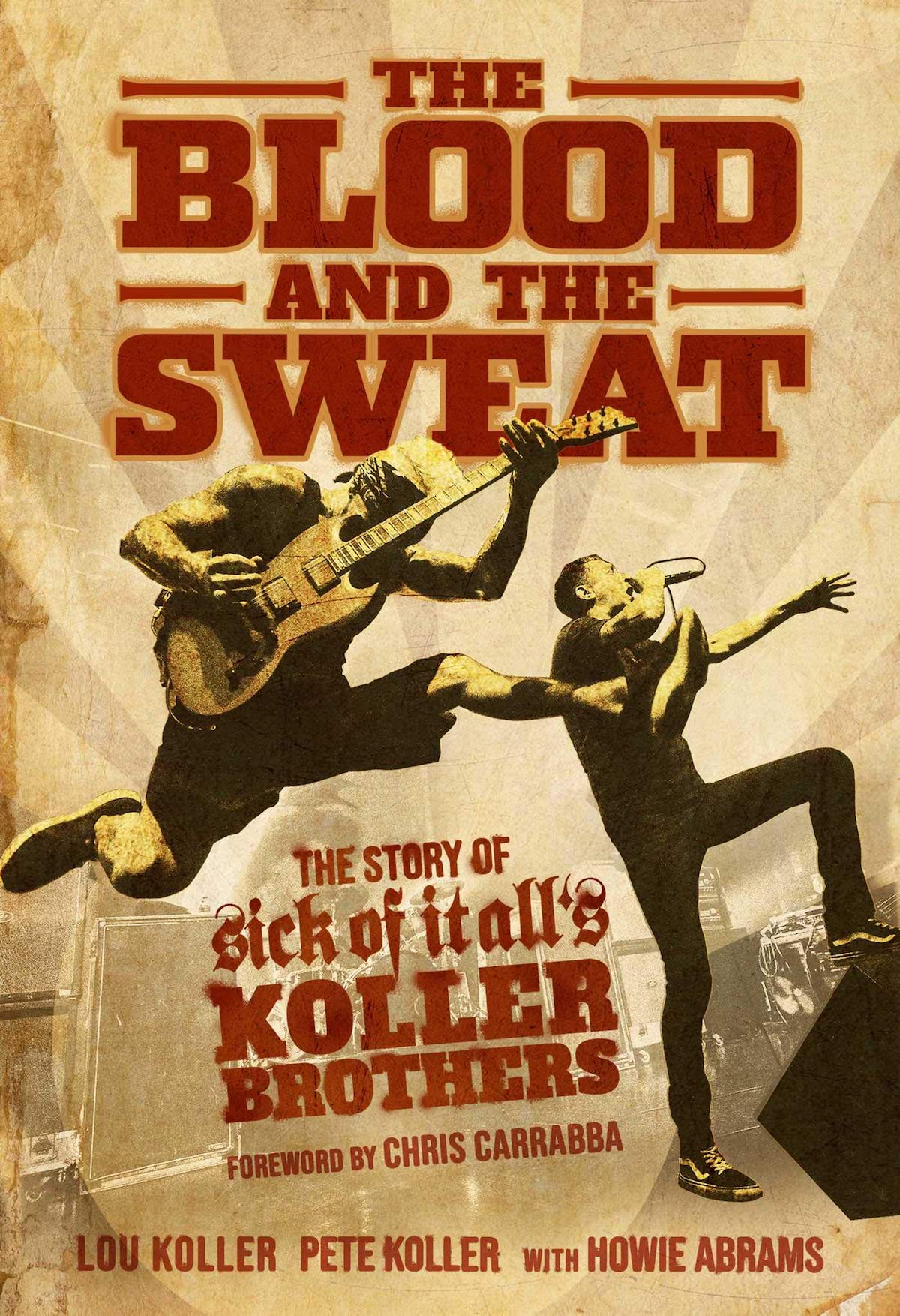 The Blood and the Sweat: The Story of Sick of It All’s Koller Brothers
By Lou & Pete Koller

THE PRESS RELEASE: “When it comes to New York City hardcore, its community proudly boasts Lou and Pete Koller — brothers who have dominated the scene worldwide since 1986 with the aurally devastating Sick of It All as their vehicle. For the Flushing, Queens natives, hardcore has become a lifestyle as well as an unlikely career. From the moment these siblings began applying their abilities to punk’s angrier, grimier sub-genre, they quickly became half of one of the most intense and compelling quartets to ever claim the movement — the legendary New York hardcore band Sick of it All. Contrary to popular belief, Lou and Pete are proof positive that you don’t need to have lived a street life, or come from a fractured, chaotic home in order to produce world-class hardcore. If Agnostic Front are the godfathers of New York hardcore, then vocalist Lou and guitarist Pete are its grand masters. The Blood and the Sweat is the no-holds-barred autobiography of two brothers who have never wavered, as well as an unrelenting depiction of the American dream, and the drive and determination required to live it — regardless of whatever obstacles appear before you. Featuring commentary from family, friends, bandmates past and present, and their peers, including Gary Holt (Exodus, Slayer), Kurt Brecht (D.R.I.), Barney Greenway (Napalm Death), and more…” 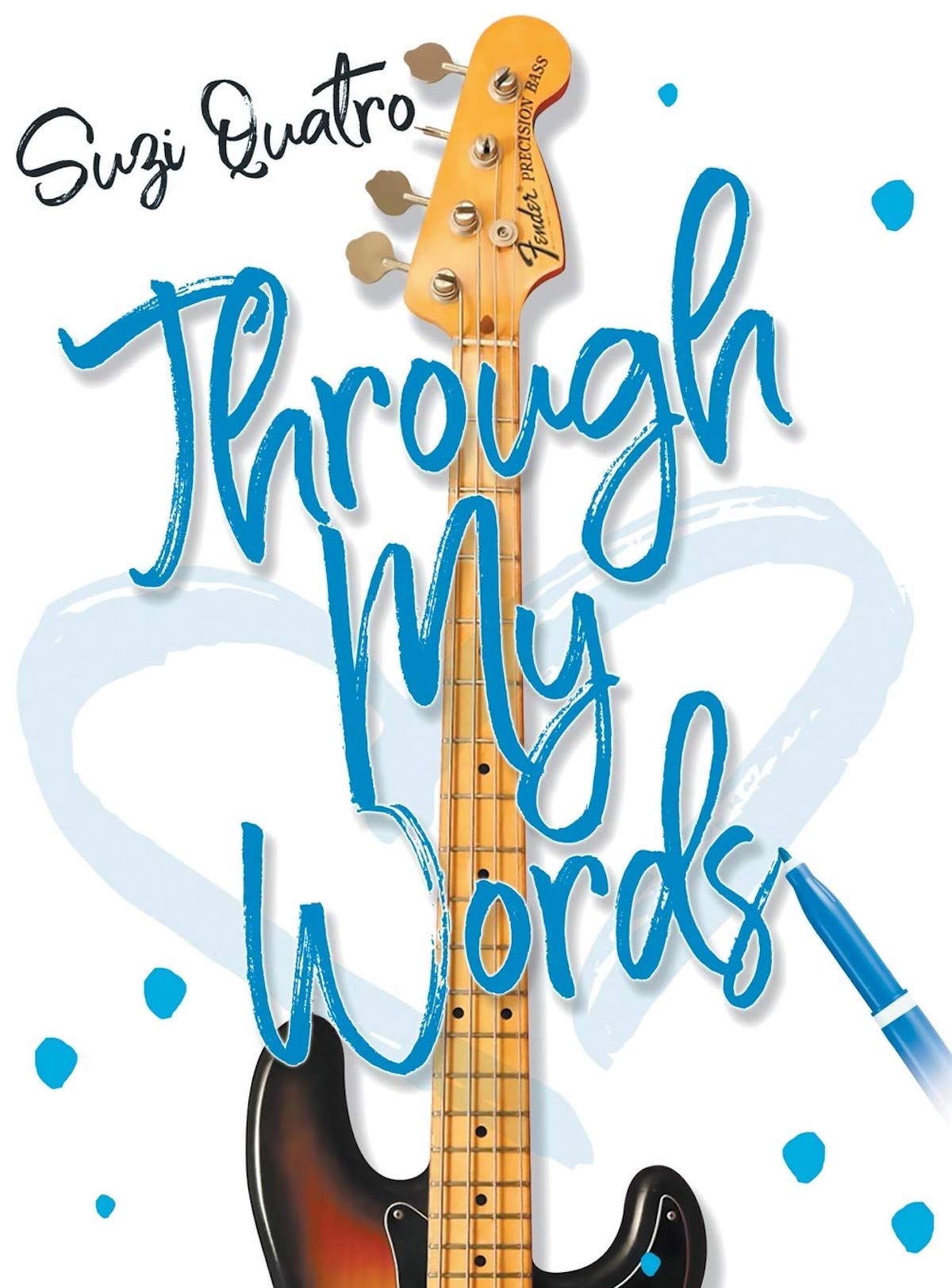 Through My Words
By Suzi Quatro

THE PRESS RELEASE: “I turned 70 on June 3, 2020, and my bucket list looms large. Doing a lyric book was always on that list so, here it is. Through my Words, is an illustrated informative diary of my life, told through the lyrics of my songs. Creation has always been my salvation. Enjoy! — Suzi Quatro.”

THE PRESS RELEASE: “It is rare to find new Beatles material, but the Unseen Nordic Archives series has uncovered a treasure trove of unknown or rarely used photos from their Nordic tours and coupled them with new interviews from the people involved and newspaper articles from local Danish and Swedish papers at the time. It is fascinating to see the development of the band: they could walk the streets in ’63, but by ’64 the crowds were making that impossible. To this amazing historical record we have added the images and memories of the band members various visits to Scandinavia, George Harrison’s concert with Delaney and Bonnie (and Eric Clapton) in Copenhagen in 1969, insights into John Lennon’s one-month stay in Jutland in 1969-70, and Paul McCartney and Ringo Starr’s later tours through the region.” 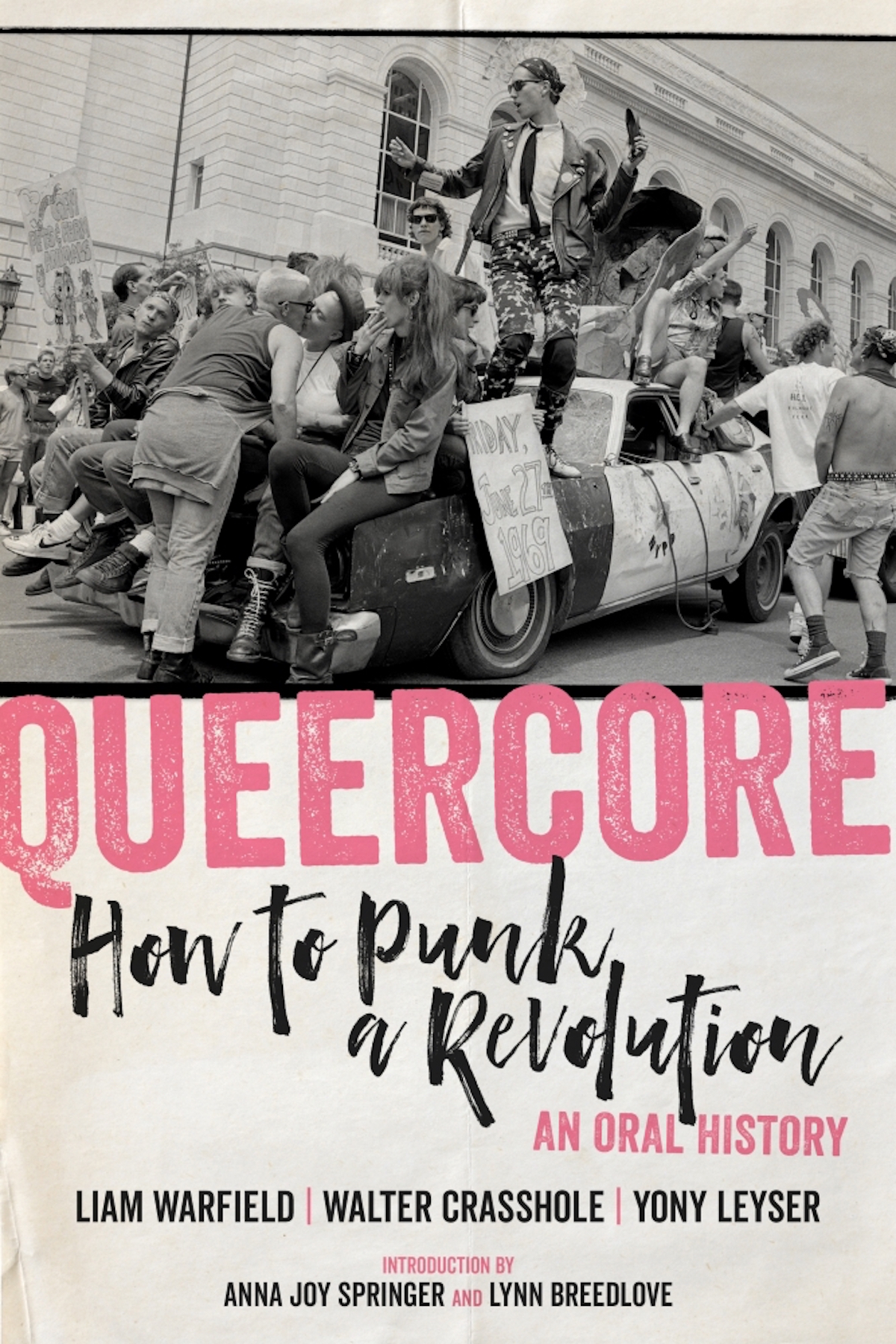 Queercore: How to Punk a Revolution: An Oral History
By Walter Crasshole

THE PRESS RELEASE: “Through exclusive interviews with protagonists like Bruce LaBruce, G.B. Jones, John Waters and many more, alongside a treasure trove of never-before-seen photographs and reprinted zines, Queercore traces the history of a scene originally “fabricated” in the bedrooms and coffee shops of Toronto and San Francisco by a few young, queer punks to its emergence as a relevant and real revolution. Queercore gets a down-to-details firsthand account of the movement explored through the people that lived it — from punk’s early queer elements, to the moments Toronto kids decided they needed to create a scene that didn’t exist, to the infiltration of the mainstream by Pansy Division, and the emergence of riot grrrl as a sister movement — as well as the clothes, zines, art, film, and music that made this movement an exciting, in-your-face middle finger to complacent gay and straight society. Queercore will stand as both a testament to radically gay politics and culture and an important reference for those who wish to better understand this explosive movement.” 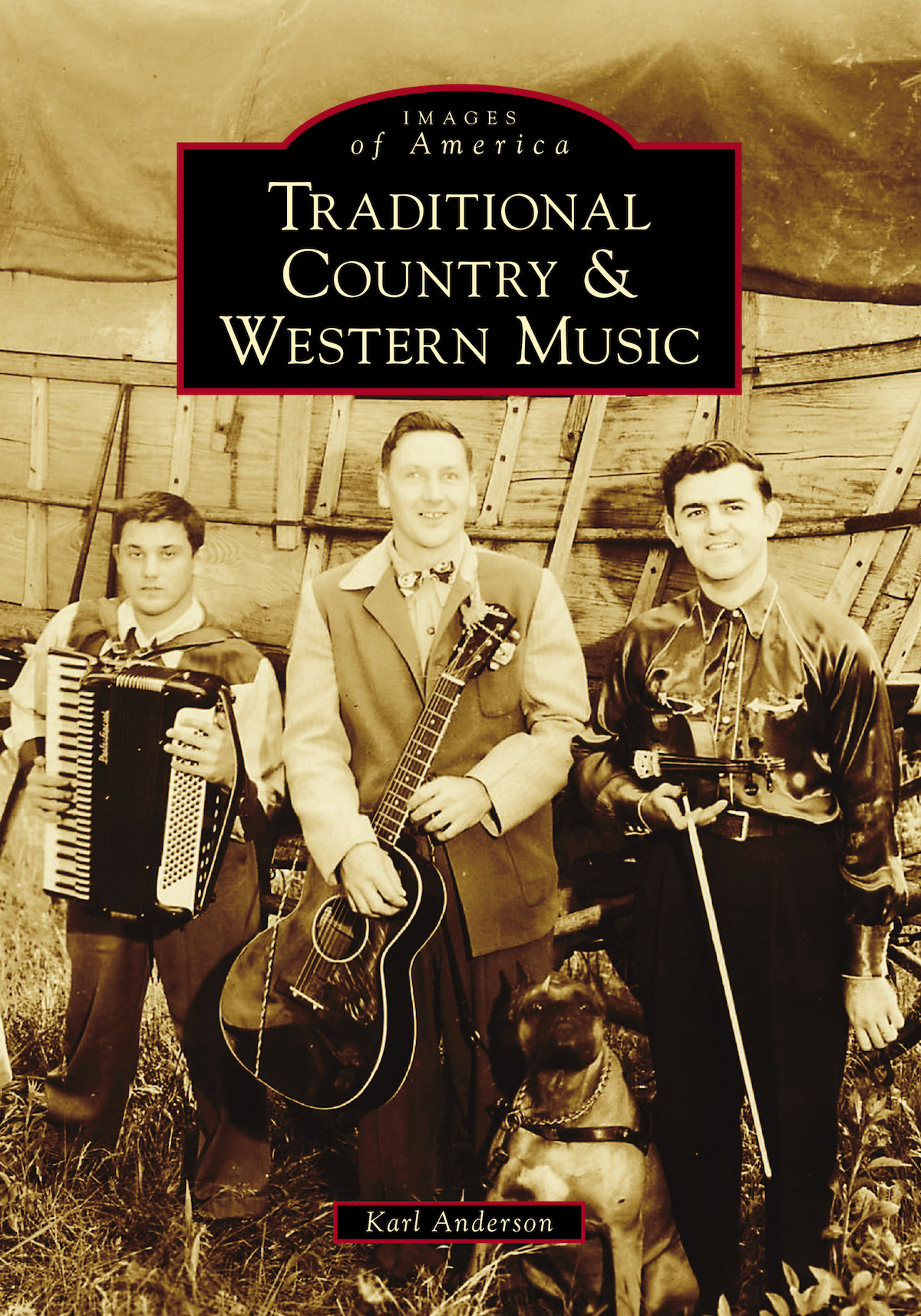 THE PRESS RELEASE: “Traditional Country & Western Music presents historical photographs, memorabilia, and stories about an enduring music genre that took root in America from the late 1920s through the mid-1930s. Although many of our early folk songs originated from the British Isles, Jimmie Rodgers (the “Father of Country Music”) and Gene Autry (“America’s Favorite Singing Cowboy”) became the foundation of modern country and western music. Many regional styles and variations of country and western music developed during the first half of the 20th century, including hillbilly, bluegrass, honky-tonk, rockabilly, southern gospel, Cajun, and Texas swing. Local artists, live radio shows, and regional barn dance programs provided entertainment throughout the Great Depression, World War II, and into America’s postwar years. During the 1950s, country and western music became homogenized with the Nashville sound and the Bakersfield sound. By the end of the 1960s, country music completed its move to Nashville, and “western” was dropped from the equation. This book recalls the golden age of country and western music from the late 1920s through the 1960s. Each of the featured artists and programs in this book were once household names. We celebrate these early legends, live radio and television shows, unsung heroes, and local performers from Maine to California.” 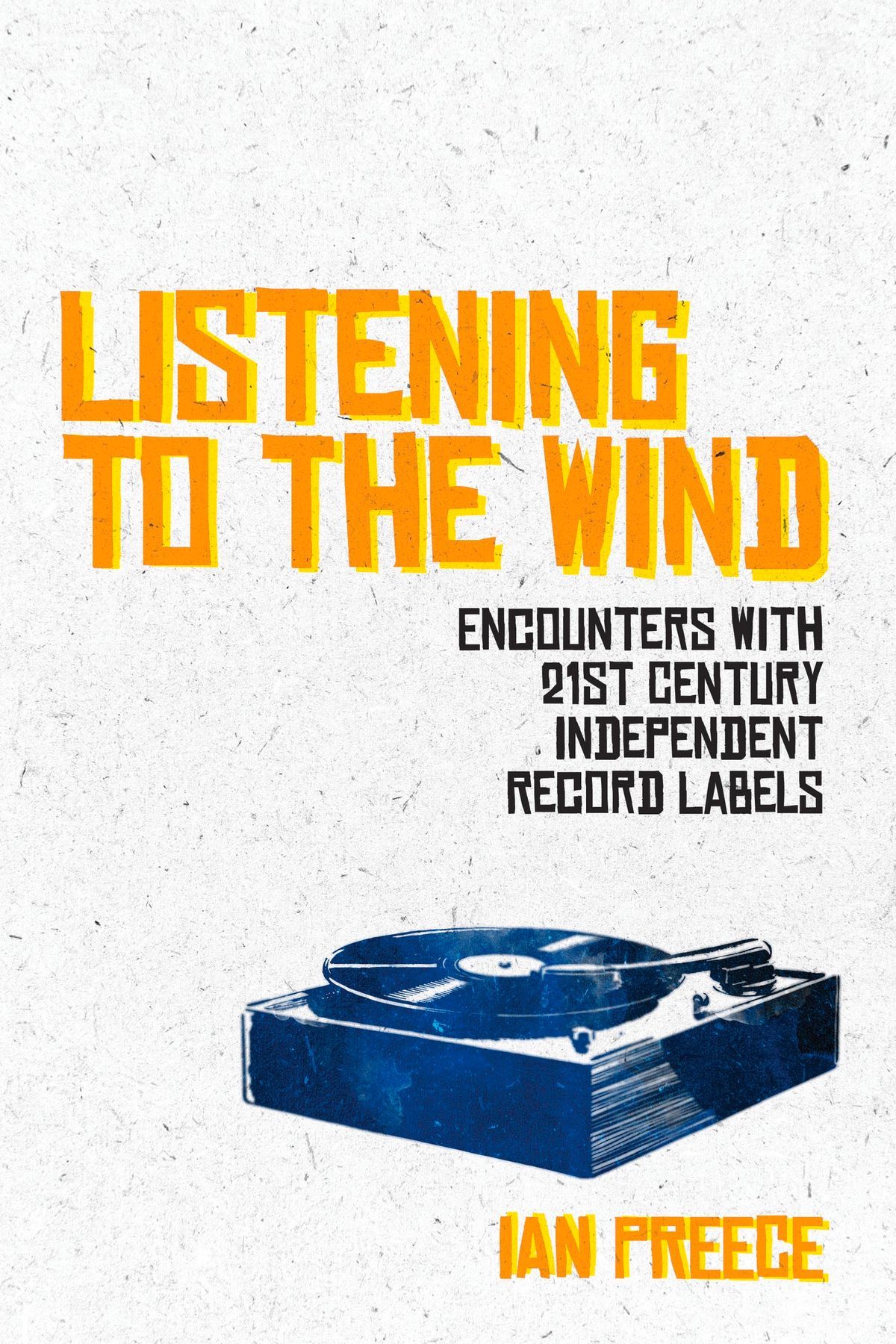 THE PRESS RELEASE: “If there’s a cultural artefact capable of withstanding the vagaries and fickleness of the digital age as well as the printed book, it’s the vinyl record … In Listening to the Wind, Ian Preece sets out on an international road trip to capture the essence of life for independent record labels operating in the 21st century. Despite it all – from algorithms and streaming to the death of the high street and the gutting of the music press — releasing a record to serve its ‘own beautiful purpose’, as 4AD’s Ivo Watts Russell once said, is a flame that still burns through these pages. With countless labels, albums and artists to be discovered, this book is for those who share that inextinguishable love for music.”