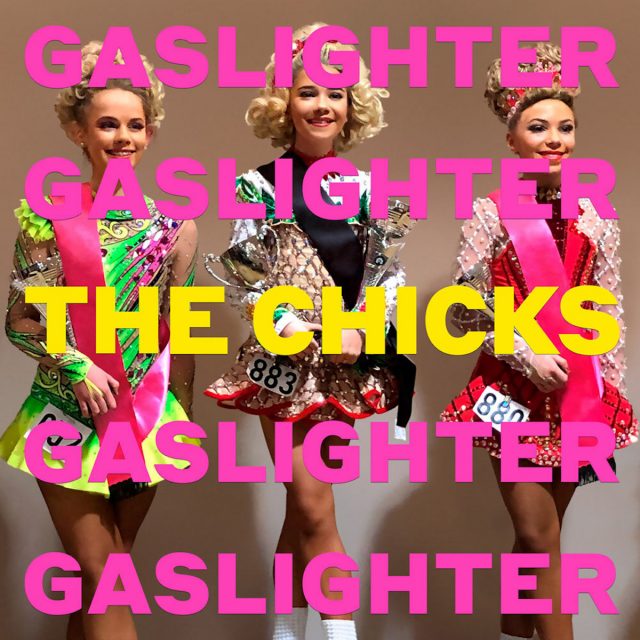 Spring chicks they are not. But Natalie Maines, Emily Strayer and Martie Maguire are also no fools. So on their long-awaited comeback album Gaslighter, their first new studio release in 14 long years, the now Dixie-less Chicks deliberately and determinedly level up and raise their game, finding a way to reconnect with old fans while building bridges to a new generation of listeners. Along with that well-timed name change, the savvy trio smartly enlist contemporary hitmakers like Jack Antonoff and Teddy Geiger to outfit zeitgeisty, politicized tracks like March March with up-to-date sonic sensibilities. But beneath the sloganeering and sharp production, at heart, Gaslighter is basically an old-fashioned breakup album, presumably inspired by Maines’ recently finalized divorce from actor Adrian Pasdar. Not that a slate of songs about cheatin’ hearts and broken promises makes them sound dated. After all, some things never go out of style. Much like The Chicks themselves.

THE PRESS RELEASE: “Gaslighter is the brilliant new album from The Chicks, and is the fifth studio album to be released by (this configuration of) the band. It is The Chicks’ first new album since 2006’s Taking The Long Way, which won five Grammy Awards including Album of the Year, Record of the Year and Song of the Year. Gaslighter is produced by Jack Antonoff with The Chicks. Superstars, renegades, innovators, heroes, villains, and moms, The Chicks have grown from a band into a cultural phenomenon. Since the release of their debut album Wide Open Spaces in 1998, The Chicks’ music has stirred emotions in fans across the world, making them one of the biggest and most influential bands of our time.”