“Freedom of choice is what you got — freedom from choice is what you want.” Devo’s immortal words popped into my head when I realized there are more than 300 new albums, EPs, singles, reissues and box sets arriving this week. For some, that’s way too much of a good thing. But before you succumb to choice paralysis, let me tug on your coat about some of the more interesting and timely releases on the way. Start with these five titles and go from there. 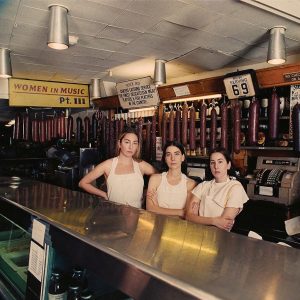 THE PRESS RELEASE: “Women In Music Pt. III is the followup to Haim’s sophomore album, Something To Tell You, which was released in July 2017. Speaking on the new album release date, the band add, “Now that we’re all starting to settle into our new normal, it feels like a more appropriate time for us to release this body of work. We’re so excited to announce that our new album will now be released on June 26.” Danielle Haim co-produced the new album along with longtime collaborators Grammy Award-winning producer Ariel Rechtshaid (Adele, Blood Orange, Carly Rae Jepsen) and Rostam Batmanglij (Charli XCX, Solange, Frank Ocean).” 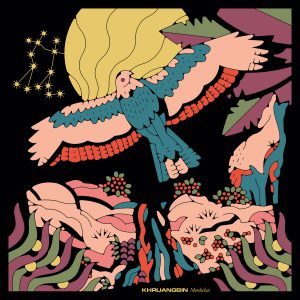 THE PRESS RELEASE: “Khruangbin has always been multilingual, weaving far-flung musical languages like East Asian surf-rock, Persian funk, and Jamaican dub into mellifluous harmony. But on its third album, it’s finally speaking out loud. Mordechai features vocals prominently on nearly every song, a first for the mostly instrumental band. It’s a shift that rewards the risk, reorienting Khruangbin’s transportive sound toward a new sense of emotional directness, without losing the spirit of nomadic wandering that’s always defined it. And it all started with them coming home. By the summer of 2019, the Houston group — bassist Laura Lee, guitarist Mark Speer, drummer DJ Johnson — had been on tour for nearly three-and-a-half years, playing to audiences across North and South America, Europe, and southeast Asia behind its acclaimed albums The Universe Smiles Upon You and Con Todo El Mundo. They returned to their farmhouse studio in Burton, Texas, ready to begin work on their third album. But they were also determined to slow down, to take their time and luxuriate in building something together.” 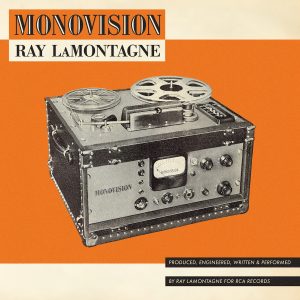 THE PRESS RELEASE: “Monovision is the new album from Grammy Award-winning artist Ray LaMontagne. This 10 track collection is Ray’s his eighth studio album, and finds the artist in the multiple roles of songwriter, singer, producer, engineer, as well as performing all the instruments on every track. All of LaMontagne’s albums, including Monovision, show a vast catalog of music where the artist continues to push himself in different directions, yet with a uniquely signature sound that could only be his.” 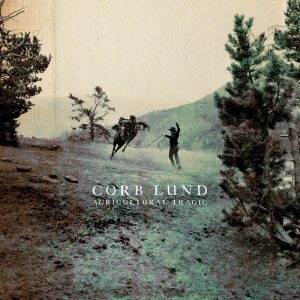 THE PRESS RELEASE: “Corb Lund is set to release his first album of original material in five years, Agricultural Tragic. Lund says “I worked really hard on this album — harder than I’ve ever worked before. This time around I took my time and wrote more songs, rehearsed more with the band, and explored sounds much more deeply. It took some time, but I’m really proud of this one and I’m excited to finally be able to share it.” Agricultural Tragic is a record with instantly detectible depth and energy. Its title draws a taut thread backwards in time through Waylon, Williams — even before Robert Johnson — to that pre-fenced and perilous era of exchange between untamed infinity and we humans striving to make this land ours, using heart, hope and horses. The album’s title, Agricultural Tragic, is also the name of Lund’s self-applied subgenre. While examining his own body of work, he noticed and wryly named this larger narrative string of rural adversities. So-called “Ag-Trag” themes continue to feature prominently in Lund’s latest songwriting, thus leading him to choose Agricultural Tragic for the name of his 10th full-length studio album.” 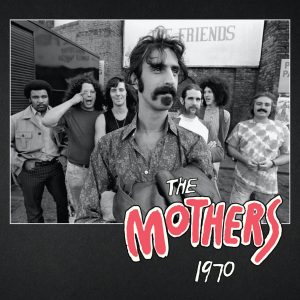 THE PRESS RELEASE: “The Mothers 1970 collects together more than four hours of previously unreleased performances by the heralded lineup which lasted roughly seven months: Aynsley Dunbar (drums), George Duke (piano/keys/trombone), Ian Underwood (organ/keys/guitar), Jeff Simmons (bass/vocals) and Flo & Eddie aka Howard Kaylan (vocals) and Mark Volman (vocals/percussion) of The Turtles who performed under the aliases to skirt contractual limitations of performing under their own names. This iteration of The Mothers, which likely began rehearsals fifty years ago this month, came to an end in January of 1971 when Simmons quit the band during the making of the 200 Motels movie.”