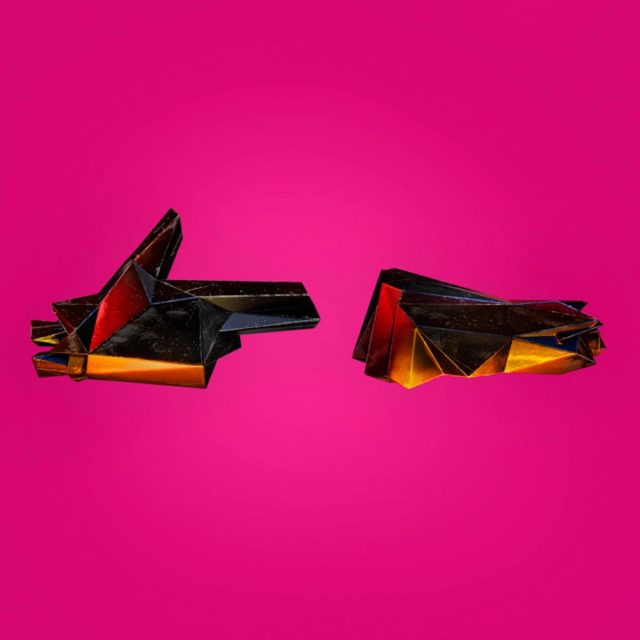 “Every day on the evening news they feed you fear for free,” Killer Mike rhymes midway through Run The Jewels’ RTJ4. “And you so numb you watch the cops choke out a man like me / Until my voice goes from a shriek to whisper: ‘I can’t breathe’ / And you sit there in the house on couch and watch it on TV.” Amazingly, he wrote those prescient lines last year, not last week. But they will undoubtedly be just as true and topical next week. And next year. And if that doesn’t give you a hint of just how fierce, committed and relevant the masterful RTJ4 is, rest assured there’s plenty more words where those came from. The uncompromising and potent 11-track album is brimming over with provocative, take-no-prisoners lyrics about racism, justice, police brutality, political corruption, revolution, social media and umpteen other topical issues. And naturally, those urgent, challenging pronouncements are set atop relentlessly driving, endlessly creative and punishingly heavy tracks — many of which welcome VIPs like Pharrell, Mavis Staples, 2 Chainz, Zack de la Rocha, Josh Homme, and DJ Premier. Still not sold on the disc? Well, you don’t have to be — as usual, Mike and partner-in-rhyme El-P are giving the damn thing away for free. So really, the only goods RTJ4 doesn’t deliver are dinner, a facemask and a cure for COVID-19. But hey, they’re probably working on all of that.

THE PRESS RELEASE: “Run The Jewels, the lauded duo of El-P and Killer Mike, have shared the long-awaited details of their feverishly anticipated new album, Run The Jewels 4. This 11 song, 40 minute powerhouse is their most ferocious and focused effort to date, and sports a lineup of all-star guests. Recorded primarily at Rick Rubin’s Shangri-La Studios and the iconic Electric Lady Studios in NYC, RTJ4 represents two years of intensive writing, recording, distilling, and amplifying the most potent elements of their music. The result is a collection of wall-to-wall bangers illuminating the group’s unique ability to straddle the worlds of pointed social commentary and raw, boisterous fun. The new album is preceded by two singles, both of which arrived to rapturous reception. The first, yankee and the brave (ep.4), dropped during an impromptu Instagram Live session the duo held as shelter in place orders were starting to take hold. Days later, the second single ooh la la (feat. DJ Premier & Greg Nice) made a surprise debut in the season finale of the hit Netflix series Ozark, and became the #5 most Shazam’d song in the country. This was soon followed by the song’s glorious new music video, directed by Brian & Vanessa Beletic, which quickly shot to the #10 trending position on YouTube, surpassing 1.5 million views in its first week, and brilliantly setting the stage for the arrival of RTJ4.”