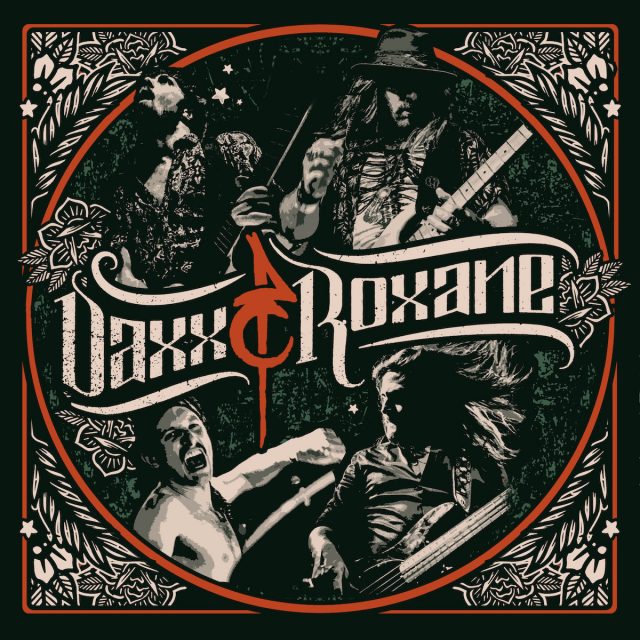 Their name sounds like a bad lounge duo. Or maybe an old Hollywood dance team. But Daxx & Roxane are actually a hard-hitting Swiss rock brigade that worship at the altar of classic AC/DC and Mötley Crüe. No, there’s nothing particularly special or original about that. But there’s nothing particularly wrong with it either. Just like there’s nothing wrong with their sophomore studio album’s slate of arena-sized anthems to life in the fast lane, strange women and back-door men. You hear anything like that in your local lounge, you let me know.

THE PRESS RELEASE: “Daxx & Roxane are a kick-ass four-piece rock ’n’ roll band originating from Switzerland, now based in London. With Mötley Crüe, Deep Purple and AC/DC as their key influences, it’s no wonder they’ve been hailed as “tooth-and-nail, testosterone-powered rock.” Their philosophy that “rock ’n’ roll is all about energy … about creating an adrenalin rush” is reflected in their intense live shows, as anyone who witnessed their storming homecoming gig at the Montreux Jazz Festival would tell you. Their commitment to writing songs with killer riffs that grab you and refuse to let go, and huge chorus hooks that mark them as instant classics, is reflected in their highly praised debut album Ticket to Rock. With singles that have collectively spent over 40 weeks on playlists and a host of 9 and 10 out of 10 album reviews, the new album is set to be an exciting one.”