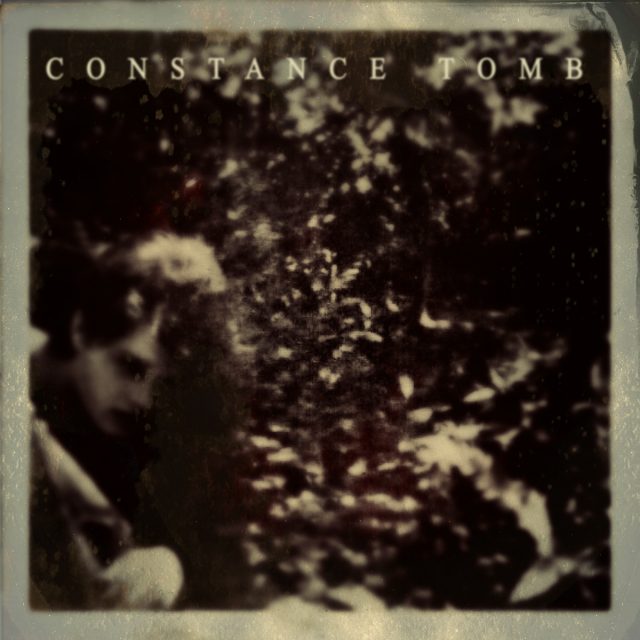 Everybody wants a do-over. So Tony Reed gave himself one. For his new album as Constance Tomb, the veteran musician — whose resumé includes Mos Generator, Big Scenic Nowhere, Hot Spring Water, Twelve Thirty Dreamtime, Treepeople, Stone Axe and many other groups and projects over the last 35 years — went back and reconnected with his inner teen goth by re-recording a bunch of songs he first cut back in 1988 when he was 19. The results are far cooler and more successful than you would expect. While these gothy rock and punk cuts surely benefit from his well-honed skills and decades of experience as a singer and musician, their sharp guitar lines and sophisticated arrangements make it clear that even as a kid, Reed had his act together. There’s no Tomb like the present.

THE PRESS RELEASE: “I wrote and recorded somewhere around thirty songs in 1988 (my 19th year). A large percentage of them were heavily influenced by the gothic movement of the early ’80s. Bands like Bauhaus, Christian Death, Tones On Tail, Mighty Sphincter, Death Cult & Samhain were obvious inspirations during this time in my life. In 1988 I was making music with a band called Twelve Thirty Dreamtime and in that year alone I worked with three different rhythm sections. All of the songs I wrote that year were captured on tape but the recordings were done on the most primitive equipment in the bedrooms and basements of people that would let us make noise in their space. At that point I was doing 2 track tape to tape overdubbing and after a few passes the tape hiss would be almost unbearable. When I listen back to the old recordings sometimes I think those limitations are cool and add to the eerie quality of the music but over the last 32 years I’ve also wanted to hear what the songs would have sounded like done in a proper recording studio. I did my best to NOT overplay or add too many additional ideas beyond the original versions. When I would start to add extra layers to some of the tracks I almost always scrapped the idea soon after. This is a collection is what I consider to be the ten best songs of that era recorded the way I heard it in my head all those years ago.”