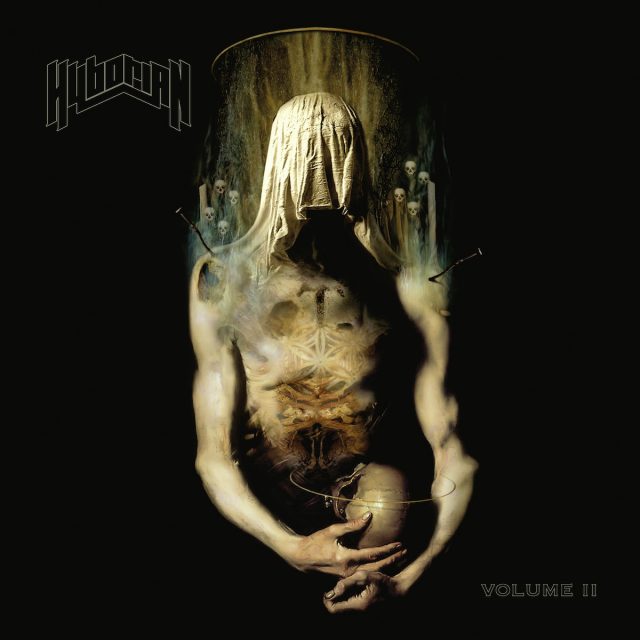 THE PRESS RELEASE: “Formed in 2016 by guitarist/vocalist Martin Bush, guitarist Ryan Bates, and drummer Justin Ripetto, the trio got straight to work on their thunderous brand of metal. The band released their first album Vol. I in March 2017 to a tremendous response. Vol. I revolves around a story that is inspired by Conan author Robert E. Howard and based on an interstellar, extra-dimensional cloaked being called The Traveller. Bush reveals: “The Traveller is a being that exists outside of humanity’s understanding of space and time. He wanders the cosmos, visiting and recording times of great strife or hardship, great suffering or great triumph. We are his chosen mouthpiece on Earth, so we relate those stories, whether from far in the past or far in the future.” The first half of 2019 was spent writing the forthcoming new album. In July, the band entered Kansas City’s B-24 Recordings with engineer Josh Barber to record the towering new album Vol. II.”

MY TWO CENTS: Gotta admit, I’ve never been a big fan of the whole sword-and-sandal scene. So I don’t really know shit about the mythical world and backstory of Conan the Barbarian, or how faithfully these Kansas City progressive sludge dwellers may or may not be adhering to it on their monumentally and obliteratingly heavy sophomore disc Vol. II. Here’s the thing, though: Near as I can figure, it doesn’t matter. Granted, I may be missing some of the literary subtleties and narrative nuances of sonic assaults like Driven By Hunger, Planet Destructor and In the Hall of The Travellers. Even so, I don’t think you need to know Conan the Barbarian from Conan O’Brien to swallow what these brutal behemoths are shoving down your puny human throat. You just have to know and accept this: On these eight slabs of propulsive power and unadulterated malevolence, they forge riffs as sharp, heavy and destructive as an Atlantean broadsword. Then they underpin them with titanically massive, all-powerful beats that charge like wild horses thundering across the Cimmerian plain. Finally, they top them with vocals as forceful and aggressive as the battle cry of the hostile Picts at their most homicidal. Put all that together and you have an album that can easily achieve any barbarian’s ultimate goal: To crush your enemies, see them driven before you, and to hear the lamentation of their women. Huh. Guess I know more about Conan than I thought. And now, so do you. Your next quest: Get behind this album before it gets behind you.