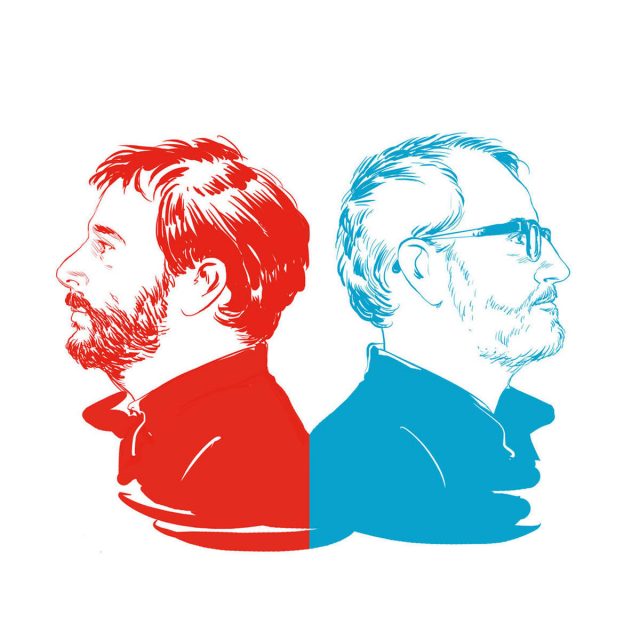 THE PRESS RELEASE: “French band Hey Hey My My (obviously named after Neil Young’s anthem) was formed in Paris in 2005 around Julien Garnier and Julien Gaulier. After a first EP (Too much space), the band released a first self-titled LP in 2007, displaying their classical Pop and Folk-Rock influences in a genuinely soft, warm yet melancholic manner. Hey Hey My My is a superbly instinctive blend of enthusiasm and melancholy. Above all, it’s an explosion of energy and the deceptive lightness of simple folk, as if to give more space to the words, which go right to the heart… In all cases, their love of catchy ballads always has the same devastating effect. We leave Garnier and Gaulier with a smile on our lips and a tune in our heads. With the hope of savouring this tantalizing, irresistible folk pop once more and heading back to Merryland, the intimate and enchanting world of Hey Hey My My… “

MY TWO CENTS: “We are going nowhere — by now, you should know,” the Parisian folk-pop duo claim midway through British Hawaii, their first full-length album in a decade. Well, they sure called that one. Though I assume they’re talking about a relationship or something, given that they obviously wrote and recorded this a long time before our current self-imposed lockdown. Even so, it’s kind of a weird thing to say on what is ostensibly a comeback album — and a pretty enjoyable one at that. Maybe it lost something in the translation. But whatever; ultimately, the gently jangly guitars, sweet harmonies and low-impact beats of their sunny, vaguely nostalgic indie-pop make for a pleasant journey, no matter where you’re headed (or not, as the case may be).