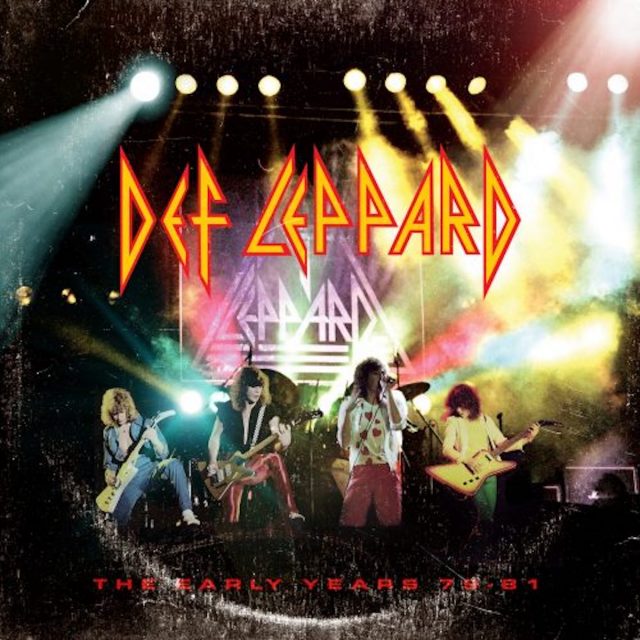 THE PRESS RELEASE: “The Early Years 79-81 boxset represents the band’s first two albums, On Through The Night (1980) and High ‘N’ Dry (1981), and has been prepared in conjunction with singer Joe Elliott, who has acted as executive producer on the set. The mastering has been done by the band’s long serving sound engineer Ronan McHugh. This deluxe set comes with five CDs consisting of the original album remastered, B-sides, rarities and re-mix versions, Radio One sessions, Live from Reading and the first ever appearance of an unreleased and newly mixed show from Oxford in 1980. These remasters have been highly anticipated, and much requested, by Def Leppard fans globally. Joe Elliott says, “Well the fans asked, and we listened! Really excited to have our early years reworked with a load of rare material including the newly unearthed Live at the Oxford New Theatre, recorded on the 1980 UK tour …. It’s been a trip putting this box set together and I hope you all enjoy listening to it as much as we did working on it! ”

MY TWO CENTS: Before the Morse-code guitars and massive hits and arena tours and tragedies, Def Leppard were just another scrappy rock band with a bunch of power-chord riffs, some anthemic choruses and big dreams. Anyone old enough to fondly recall those days — or songs like Rock Brigade, Wasted, Rocks Off and Let It Go — should get a nostalgic kick out of this set. Granted, the remastered albums still sound fairly thin, but hey, there’s only so much you can do with 40-year-old tape. Fortunately, a slew of hefty live recordings and decent rarities (including previously unreleased of some early songs) make up for it. Get yer rocks off, indeed.