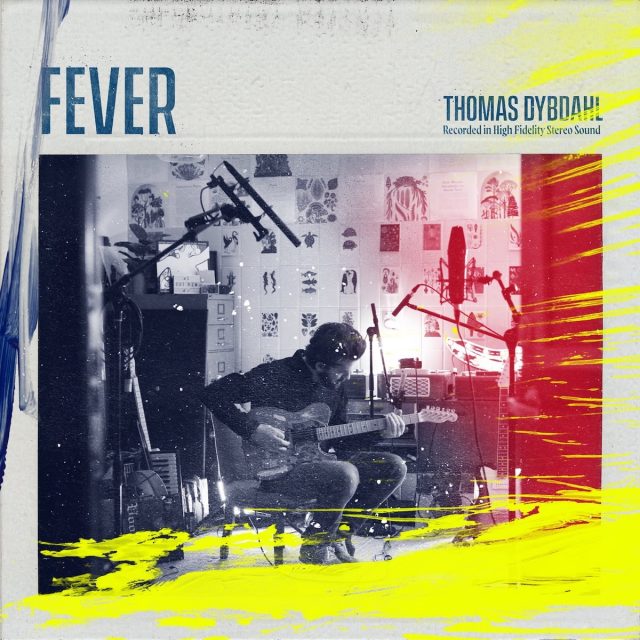 THE PRESS RELEASE: “When 19-year-old Norwegian Thomas Dybdahl released his two first EPs Bird & John Wayne in 2000-2001 he appeared as nothing but a small blip on the musical radar in Norway. It wasn’t until his debut album …that great October sound in 2002 that he got people’s attention for real. With a dogmatic one-microphone-only approach, a soulful tenor voice, an intimate acoustic sound and good songs, he soon found his way onto the airwaves in Norway. What followed was a slew of great reviews, awards and a growing fan base all over the world. The 2020 release Fever was produced, written and recorded by Thomas Dybdahl & Håvard Rosenberg in Thomas’ own 1micadventure studio in Stavanger, Norway. During the recording of the album’s first single 45, the two used an old Tandberg two-track recorder Thomas inherited from his grandfather, on which all guitars were recorded. On this tape recorder, Dybdahl and Rosenberg found old recordings of Thomas’ father and uncles discussing their dreams for their future as kids in the 1960s. This conversation inspired the lyrical theme of the new single — a take on the old ‘get the hell out of this small town, before it’s too late’ tale, as well as a contemplation on ambition and goals while getting older. Some things you might not be able to do for yourself, but maybe there’s a chance to help someone else achieve their dreams. Dybdahl explained that “Our setup and goal was simple enough: we wanted to make a soulful guitar record that didn’t feel like a guitar record and that sounded both old and fresh at the same time. With good writing and a beat that would make you dance, preferably. We would listen to everything that gave us a kick. Anything from classic artists like Nina Simone, Sam Cooke, Bill Withers, Serge Gainsbourgh, Aretha Franklin, Ray Charles, Bobby Gentry and Sly to newer soul artists like D’Angelo, Raphael Saadiq and Michael Kiwanuka was blasted to get the creative juices flowing.”

MY TWO CENTS: After getting a load of the authentically American soul vibe and sophisticated production at the heart of his songs, I find it seriously hard to believe: a) That Thomas Dybdahl actually hails from Norway; b) That the studio-whiz did even part of the song 45 on an ancient two-track deck; c) That he’s not part of either the Daptone roster or Dan Auerbach’s Easy Eye stable; and d) That he hasn’t actually won multiple Grammy Awards yet. Hear for yourself and see if you buy what he’s selling. And if you do, well, by all means buy it for real.