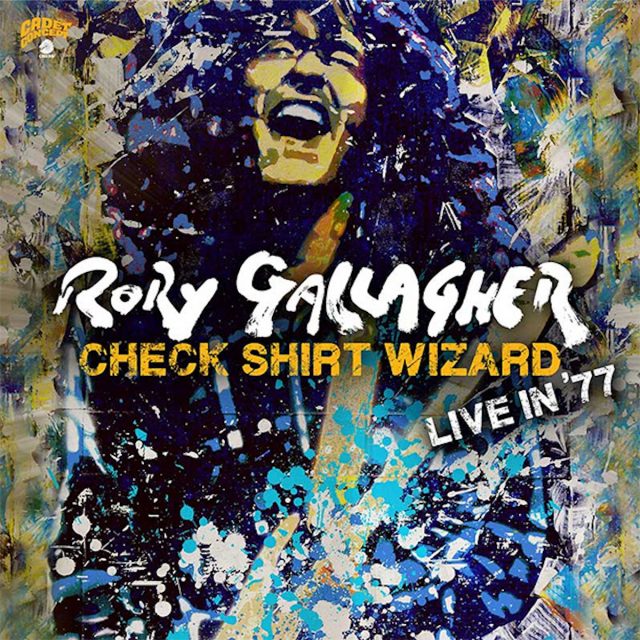 WHO IS HE? The late, great, and still criminally underappreciated Irish blues-rock singer and guitar hero who died in 1995 at age 47 due to complications following a liver transplant — but whose reputation and regard have only grown in the ensuing decades.

WHAT IS THIS? A two-disc, 20-song set of previously unissued electric and acoustic performances culled from four 1977 shows in London, Brighton, Sheffield and Newcastle in support of Gallagher’s then-current album Calling Card — though the set also includes a host of hits and highlights from his other albums.

WHAT DOES IT SOUND LIKE? Several of the best concerts you never saw. The dependably enthusiastic Gallagher and his reliably tight backing band (anchored by longtime bassist and right-hand man Gerry McAvoy) are in top form here, stretching their legs and cutting loose on the rocking numbers and keeping the energy high even on unplugged tunes. One programming note: Unlike a lot of live albums compiled from various sources, the folks who put this together didn’t try to smooth out the rough edges or fake out fans by linking the performances with overdubbed applause. So the set plays out more like an anthology than a single gig.

WHAT ARE THE MOST REVEALING LYRICS? “We got the whole thing going like a pneumatic drill / The guitar man’s playing like he’s fit to kill.”

WHAT SHOULD IT BE TITLED? Tour De Force.

WHAT ARE THE BEST SONGS? Electric workouts like Tattoo’d Lady, Moonchild, Secret Agent, Walk on Hot Coals and the epic medley Bullfrog Blues, balanced by rustic acoustic cowboy fare like Out On the Western Plain and Pistol-Slapper Blues.

WHAT WILL MY FRIENDS SAY? ‘They could have added an extra disc and nobody would have complained. And by nobody, I mean me.’

HOW OFTEN WILL I LISTEN TO IT? It’ll keep you occupied — and tide you over — until the next archival offering comes down the line.

IF THIS ALBUM WERE A GUITAR, WHAT WOULD IT LOOK LIKE? Gallagher’s trademark axe — a beaten, battered and bruised Statocaster stripped of virtually all its finish by decades of his sweat.

SHOULD I BUY, STREAM OR STEAL IT? Admittedly, there are a couple of dozen official Gallagher live albums and videos on the market — but for fans, there’s no such thing as too many.