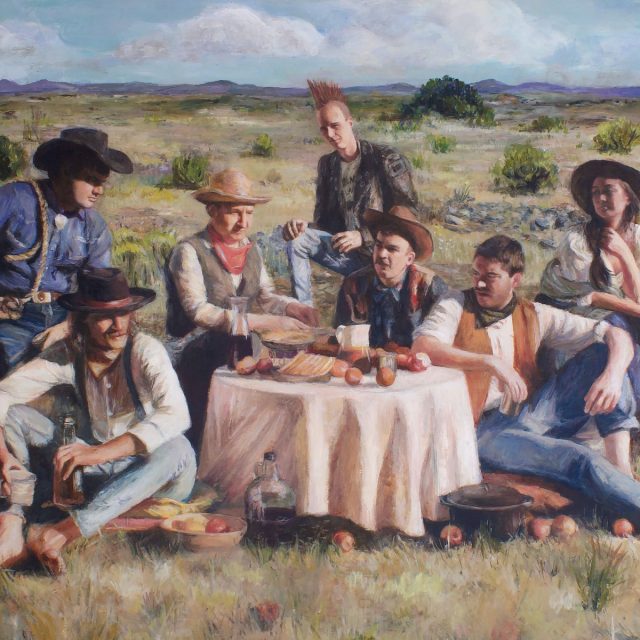 WHO ARE THEY? A dynamic duo featuring insanely prolific L.A. singer-guitarist Ty Segall — who is apparently on a quest to set the world record for band memberships — and Lightning Bolt singer-drummer Brian Chippendale.

WHAT IS THIS? Their debut collaboration, recorded in Segall’s home studio way back in the summer of 2018 (which makes you wonder how many other albums the ADD-addled artist has in the can awaiting release — like Fungus I maybe?).

WHAT DOES IT SOUND LIKE? You could call it a meeting of the minds — except it’s more of a high-speed collision. Segall supplies his usual garage-rock brawn and psychedelic idiosyncrasy. Chippendale delivers the speed-demon propulsion and intricate mayhem he brings to his day job. Together they produce 32 minutes of noise-rock fever-dream weirdness for meth addicts, hyperactive children and people on the spectrum.

WHAT SHOULD IT BE TITLED? Music To Drill Teeth By.

HOW SHOULD I LISTEN TO IT? While curled up in the fetal position in a locked closet.

WHAT ARE THE BEST SONGS? Honestly, it’s pretty much all a blur. Though it’s hard to forget the falsetto-scream rocker Zeppelin 5, the menacingly heavy Fist Is My Ward or the seven-minute closer Four Strangers Enter the Cement at Dusk, which shifts on a dime from sluggish dirge to frenzied freakout midway through.

WHAT WILL MY FRIENDS SAY? ‘This sounds like the kind of music they use to break tortured terrorists or force hostage-takers to surrender.’

HOW OFTEN WILL I LISTEN TO IT? Whenever you want to experience the musical equivalent of being assaulted by a mental patient — or whenever you need to clear out a party that’s gone on too long.

IF THIS ALBUM WERE A HOUSEHOLD PRODUCT, WHAT WOULD IT BE USED FOR? Peeling the paint off walls and driving squirrels from the attic.

SHOULD I BUY, STREAM OR STEAL IT? If you’ve read this far, you should probably go the rest of the way and buy the damn thing.