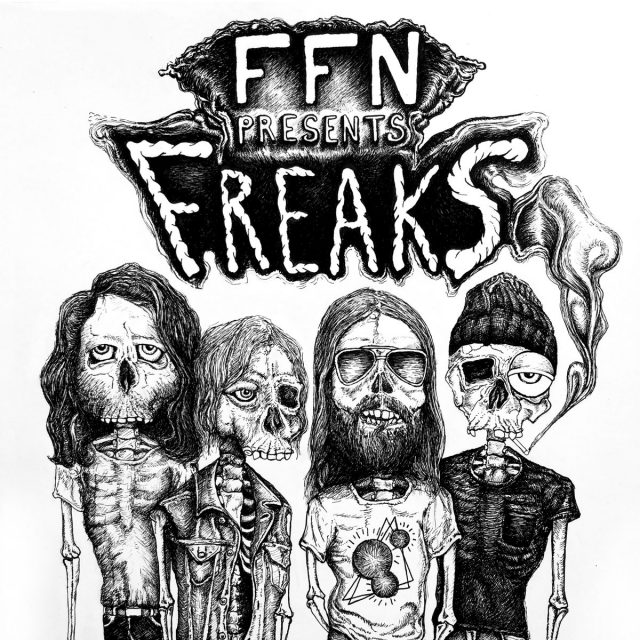 WHO ARE THEY? You might think their name gives away their game, but you’d be a sucker: Contrary to all verbal cues and logic, FFN are not outlier folkies from Nebraska — they’re scrappy indie-rock journeymen from the Cincinnati area. Go figure.

WHAT IS THIS? Their half-dozenth full-length release (in addition to a handful of singles and EPs) and — believe it or not — a loose concept album/song cycle about embracing adulthood without abandoning your inner geek. If you can imagine Drive-By Truckers and Low-Cut Connie joining forces on the soundtrack to your quarter-life crisis, you’re on the right track.

WHAT DOES IT SOUND LIKE? A record whose sonic blend of youthful energy and mature craftsmanship dovetails seamlessly with its thoughtful lyrical themes. A disc that is leagues above the average indie-rock offering. And an album that makes you want to listen to everything they’ve recorded — and everything they record in the future.

WHAT SHOULD IT BE TITLED? Coming Of Age.

HOW SHOULD I LISTEN TO IT? While leafing through your high-school yearbook and thinking about how much your own life has changed over the years — or not.

WHAT ARE THE BEST SONGS? The Velvet-textured riff-rocker Teenage Freaks, the swampy blues-rocker Coleen Murray, the glammy Hip to Silence, the bookending Freaks Prologue and Epilogue.

WHAT WILL MY FRIENDS SAY? ‘If the rest of their albums are half this good, these guys just might be my next favourite band.’

HOW OFTEN WILL I LISTEN TO IT? If you’re old enough to understand what these guys are saying, you won’t soon get tired of hearing it.

IF THIS ALBUM WERE A MEMENTO, WHAT WOULD IT BE? An ancient Minutemen T-shirt that you’ll never throw away even though it doesn’t fit anymore.

SHOULD I BUY, STREAM OR STEAL IT? What they’re selling, you need to buy.