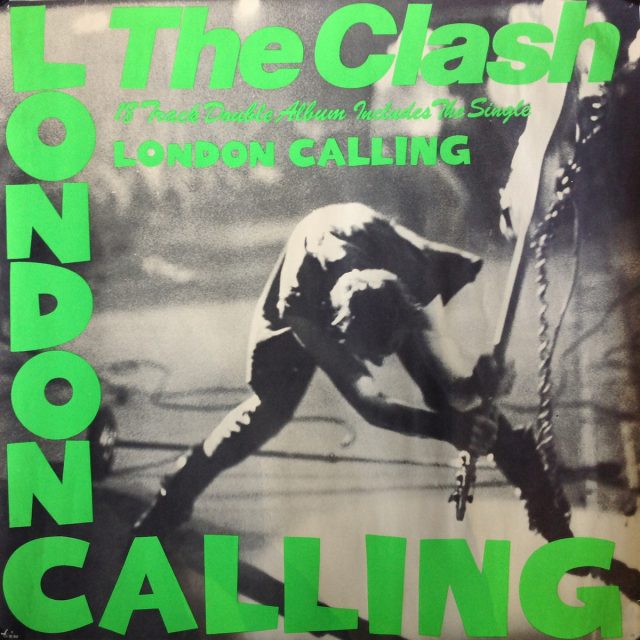 With the 40th anniversary of London Calling on the horizon — The Clash’s landmark, career-making double album came out Dec. 14, 1979 in the U.K., though it didn’t arrive in North America until January 1980, according to the Internet — it seemed like a fine time to trot out this promo poster of the cover. Photographer Pennie Smith’s shot of Paul Simonon smashing his misbehaving bass has got to be one of the most iconic LP covers of all time. The clever pilfering of the font and typography from Elvis Presley’s 1956 debut only adds to the brilliance, far as I’m concerned. Fans will notice that this 24″ square poster only has green lettering; as I recall, there were also versions with only pink lettering and some that matched the actual cover, but I just have this version. I don’t know if that makes it rarer or not. But it does make it slightly unique. If you’d like to own it, drop me an email and we’ll talk. UPDATE: This poster has been sold.