“It’s not the notes you play, it’s the notes you don’t play.” Miles Davis said that. He was talking to fellow musicians, of course. But it also makes sense to a critic. For instance: Next week, there are more than 200 new albums, EPs and singles being released — including discs by pop heavyweights Celine Dion and Lady Antebellum, along with the soundtrack to Frozen II. Those three albums alone will probably outsell more of the other new releases combined. But those I won’t be playing those big notes — because not having to listen to Celine and kid-vid power ballads is one of the joys of running your own music site. And not to argue with Miles or anything, but the notes you actually do play are also pretty significant. Here are the ones I’ll be digging next week. Hope you like ’em too: 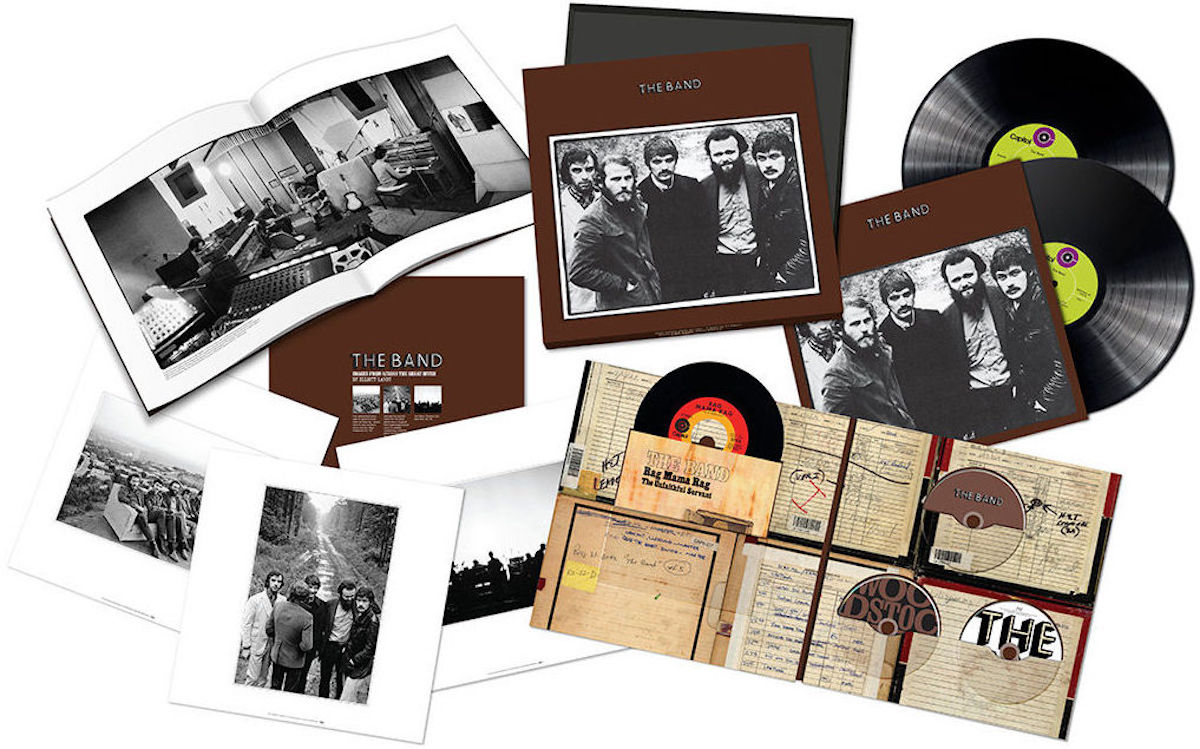 THE PRESS RELEASE: “The Band was released on Sept. 22, 1969 and made an immediate cultural impact. As Anthony DeCurtis writes, “it further enhanced the distinctive reputation The Band had earned with Music from Big Pink without at all diminishing the ineffable, category-defying quality of its music. The days of the group being a so-called ‘underground’ band were over. In short order, The Band appeared on The Ed Sullivan Show, one of only two television appearances the group would ever make, and it had a hit single with Up on Cripple Creek. In addition, The Band appeared on the cover of Time magazine in January of 1970, the first North American group ever to do so. The Band’s pioneering self-titled album returns in a newly remixed and expanded 50th Anniversary Edition, overseen by Robbie Robertson and featuring a new stereo mix by Bob Clearmountain from the original multi-track masters, similar to last year’s acclaimed 50th anniversary collection of Music From Big Pink. The 50th Anniversary Edition includes 13 outtakes, featuring six previously unreleased outtakes and alternate recordings from sessions, as well as The Band’s legendary Woodstock performance, which has never been officially released.” MY TWO CENTS: The Big Pink remix was great. Fingers crossed this one will match it. 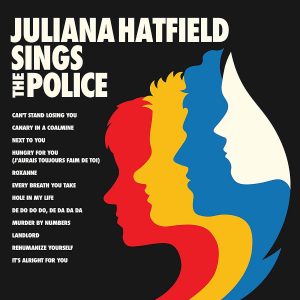 THE PRESS RELEASE: “With Juliana Hatfield Sings The Police I am continuing the project that I started last year with my Juliana Hatfield Sings Olivia Newton-John album. I hope to continue to go deep into covering artists that were important to me in my formative years. The songs I’ve chosen seem to resonate in the present moment. Rehumanize Yourself, Landlord, and Murder By Numbers explore ugly kinds of nationalism, abuses of power, and the mendacity of large swaths of the ruling class. And then there are the timeless, relatable psychodramas: Every Breath You Take, Can’t Stand Losing You, Canary In A Coalmine. In The Police, each player’s style was so distinctive, accomplished and unique that I didn’t even attempt to match any of it; for anyone to try and play drums like Stewart Copeland would be a thankless, pointless task that is bound to fail. Instead, I simplified and deconstructed, playing a lot of the drums myself, in my rudimentary, caveman style. Chris Anzalone (Roomful Of Blues) played the rest of the drums. Ed Valauskas (The Gravel Pit) and I each played about half of the bass parts, while I did all the guitars and keyboards. I listened to a lot of The Police when I was preparing and making this album, and their recordings are as refreshing and exciting as ever. I hope that my interpretations of these songs can inspire people to keep loving The Police like I did, and still do.” MY TWO CENTS: I’ve already heard this; it’s a winner. I also interviewed Hatfield a few weeks back; I’ll be posting that interview in a day or two. 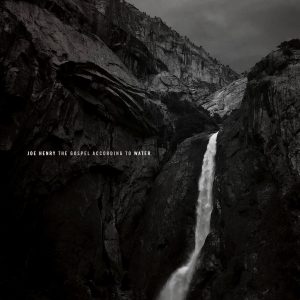 Joe Henry
The Gospel According to Water

THE PRESS RELEASE: “My 15th studio offering as a solo act was recorded over two days this past June, and fairly by accident, when I thought I was merely making demos of thirteen new songs ahead of forgetting them — all but two written between Valentine’s and Father’s Day; all having flowered from the black earth of recent experience — namely a cancer diagnosis late last fall that left me reeling — though, as well, set into motion many blessings and positive shifts in my life, as well as an unprecedented songwriting flurry. With only a handful of friends playing in support, I entered the studio and tore through these songs with determination and abandon, then went home. I had let nothing clutter or distract me from the essential and true heart of these songs; and upon waking the morning after, I listened and understood that something had transpired that was more than I’d bargained for; that the songs as articulated had sparked an ember that somehow remained bright and alive before me, moving beyond my expectations. These recordings are raw and wiry and spare because the songs insisted they be. But I believe them to be as wholly realized — as “produced” — as anything I’ve touched, as well as being deeply and fundamentally romantic: in love with life, even when that life founders and threatens to disappear; lustfully aglow, not in spite of the storm but because of one.” MY TWO CENTS: If Henry has made a bad album, I haven’t heard it. This guy’s been one of music’s great unsung heroes for decades. 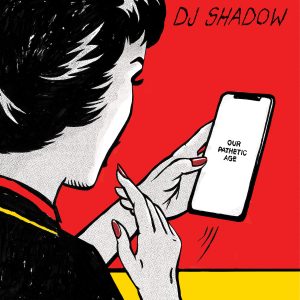 THE PRESS RELEASE: “I’m ecstatic to tell you that I have a new album coming, and it’s quite possibly the biggest of my career. Clocking in at nearly 90 minutes, and with over 20 brand new full-length tracks, it’s my first official double-album. There’s an instrumental suite representing some of my more ethereal and electronic leanings, as well as a vocal suite which leans more toward traditional hip-hop. It’s safe to say that whatever side of my musical personality suits you, you’ll find something to sink your teeth into. Instrumentally, I think this is my most cohesive and satisfying set since the What Does Your Soul Look Like EP. It includes my first-ever orchestral piece, entitled Firestorm. It also includes a song called Rosie, which is a kind of three-part voyage through my evolution as a beat-maker. I worked for over 17 months on this double-album, and at all times, felt a strong desire to deliver my best and most personal work to date. I wanted to seamlessly represent who I was, who I am, and who I hope to be, and for the songs to pack genuine emotional resonance. Despite the title, Our Pathetic Age is a hopeful, vibrant album. As an artist, I feel an obligation to interpret the world around me, and there’s no denying that these are times fraught with angst and pain. Yet, always there is light in darkness, and that’s the energy I have sought to harness. As always, thank you for sharing the journey with me, and I hope that the new album meets or surpasses your broadest expectations.” MY TWO CENTS: More than 20 years ago, Shadow did a show at the Troubadour that was one of the most amazing DJ sets I’ve ever seen. I’ve been along for the ride ever since. 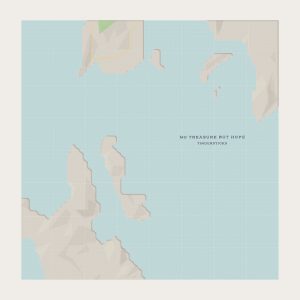 Tindersticks
No Treasure But Hope

THE PRESS RELEASE: “Three years since their last album proper, singer Stuart Staples decided Tindersticks’ return called for something special. “I felt we needed to be able to make something meaningful,” he says. No Tindersticks album has lacked meaning, of course, but these mavens of intimate, expansive mood song dig deep and diversify beautifully on No Treasure But Hope. Rich in intuitive warmth, lush melodies and an inquisitive spirit, it’s an album that casts a fresh light on Tindersticks’ core qualities, bathed in the glow of a band intent on rediscovering what they can do.” MY TWO CENTS: Here’s another great band that far too few people have heard. If you’re part of that group, now’s your chance.