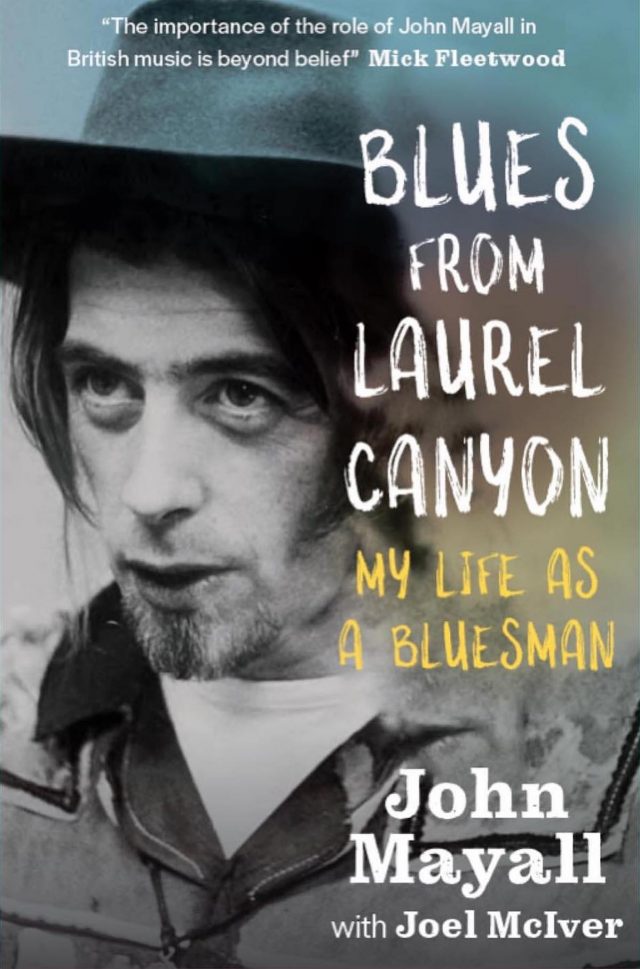 From Aerosmith to Zappa and John Mayall to John Cage, this week’s literary offerings really run the gamut. Read all about it: 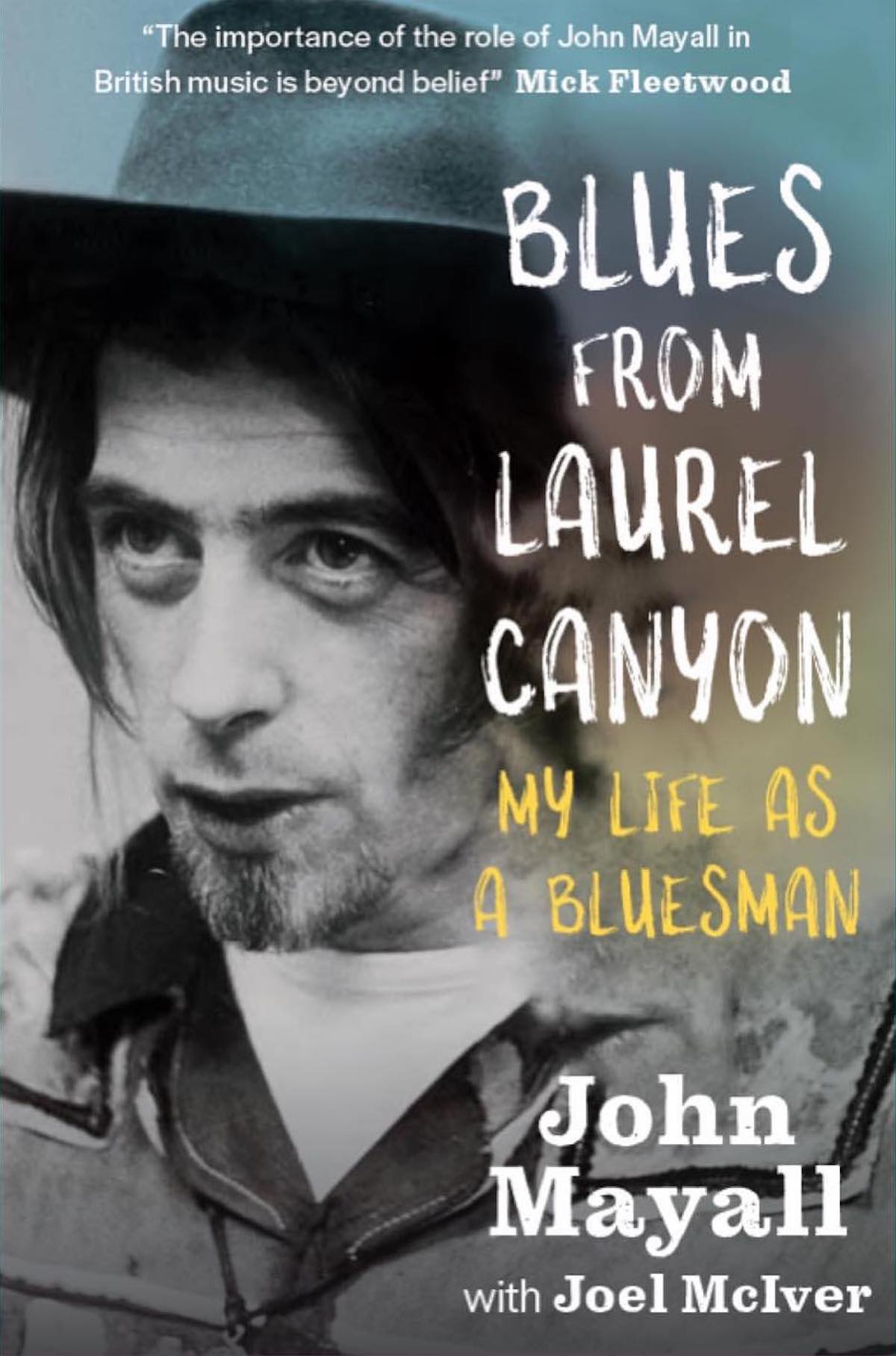 Blues From Laurel Canyon: John Mayall: My Life as a Bluesman
By John Mayall & Joel McIver

THE PRESS RELEASE: “John Mayall has played with them all; Eric Clapton, Peter Green, Jack Bruce, Mick Fleetwood, Mick Taylor, Andy Fraser… the list goes on. Now, in his 80s, John continues to tour all over the world and perform to sell-out crowds. With an incredible blues career spanning over 60 years, which rightly earning him the title “The Godfather of British Blues,” John shares his experiences and encounters in what will be a must read autobiography for any true blues fans.” 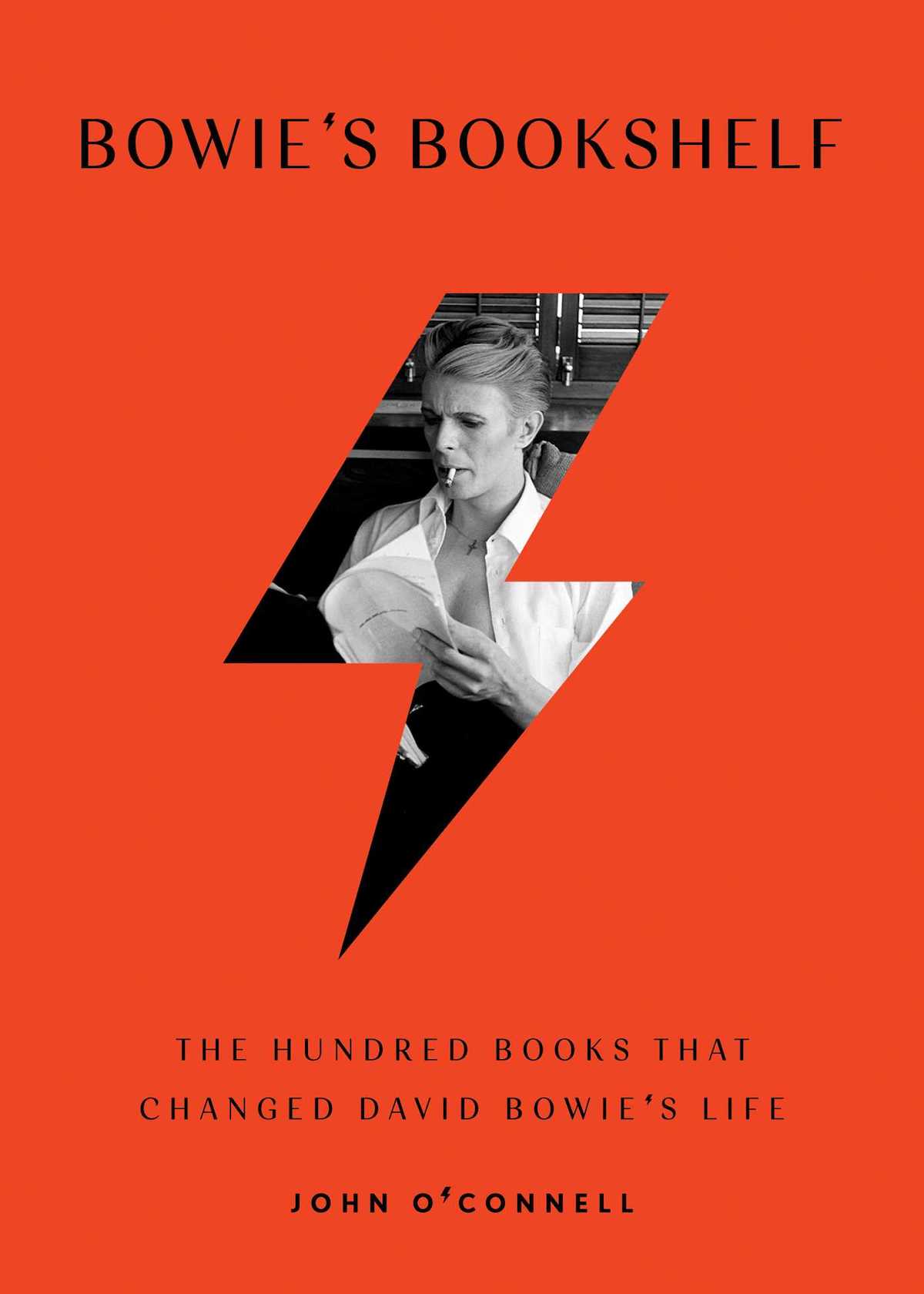 THE PRESS RELEASE: “Three years before David Bowie died, he shared a list of 100 books that changed his life. His choices span fiction and nonfiction, literary and irreverent, and include timeless classics alongside eyebrow-raising obscurities. In 100 short essays, music journalist John O’Connell studies each book on Bowie’s list and contextualizes it in the artist’s life and work. How did the power imbued in a single suit of armor in The Iliad impact a man who loved costumes, shifting identity, and the siren song of the alter-ego? How did The Gnostic Gospels inform Bowie’s own hazy personal cosmology? How did the poems of T.S. Eliot and Frank O’Hara, the fiction of Vladimir Nabokov and Anthony Burgess, the comics of The Beano and The Viz, and the groundbreaking politics of James Baldwin influence Bowie’s lyrics, his sound, his artistic outlook? How did the 100 books on this list influence one of the most influential artists of a generation? Heartfelt, analytical, and totally original, Bowie’s Bookshelf is one part epic reading guide and one part biography of a music legend.” 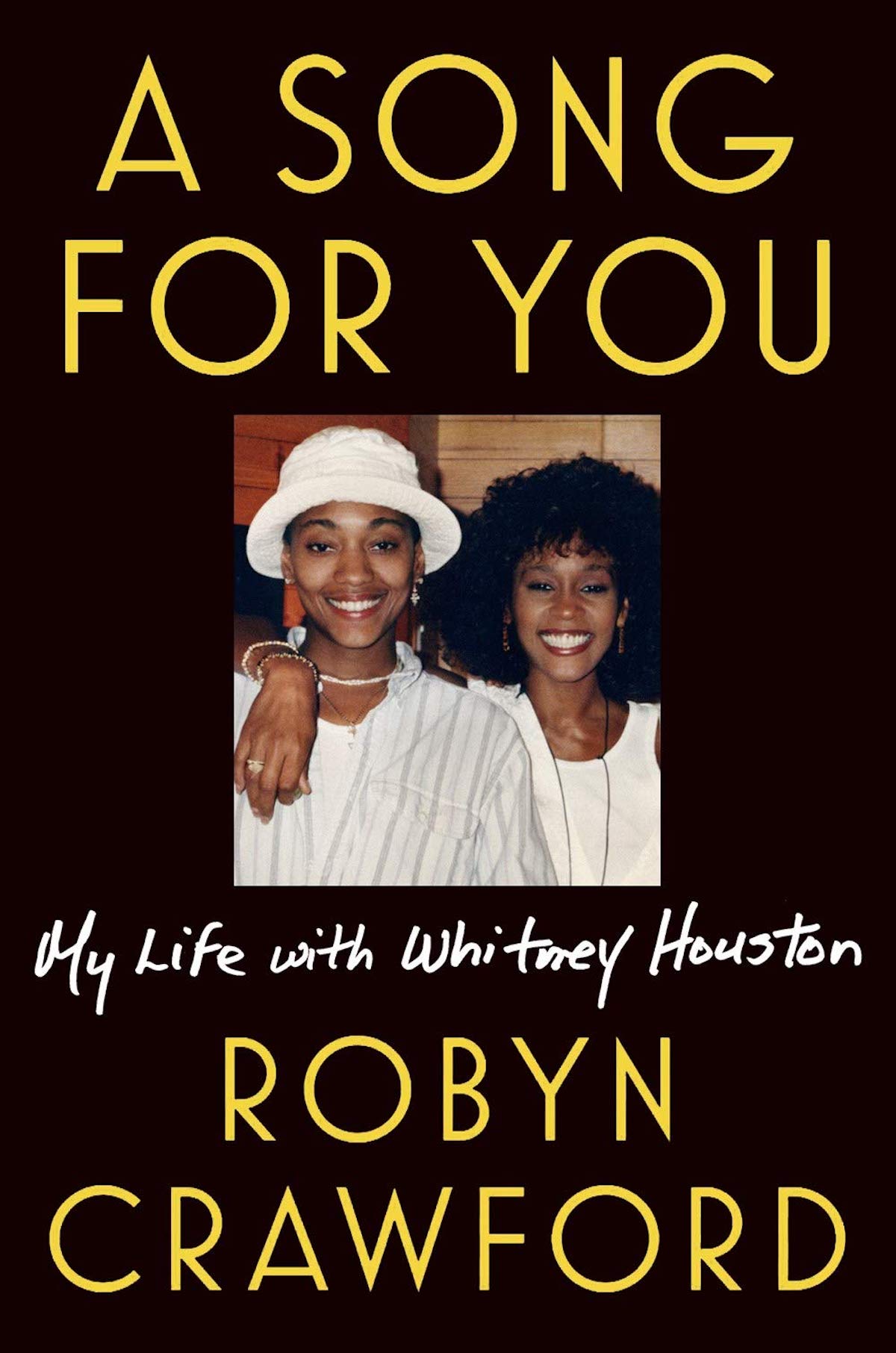 A Song for You: My Life with Whitney Houston
By Robyn Crawford

THE PRESS RELEASE: “Whitney Houston is as big a superstar as the music business has ever known. She exploded on the scene in 1985 with her debut album and spent the next two decades dominating the charts and capturing the hearts of fans around the world. One person was there by her side through it all — her best friend, Robyn Crawford. Since Whitney’s death in 2012, Robyn has stayed out of the limelight and held the great joys, wild adventures, and hard truths of her life with Whitney close to her heart. Now, for the first time ever, Crawford opens up in her new memoir, A Song for You. With warmth, candor, and an impressive recall of detail, Robyn describes the two meeting as teenagers in the 1980s, and how their lives and friendship evolved as Whitney recorded her first album and Robyn pursued her promising Division I basketball career. Together during countless sold-out world tours, behind the scenes as hit after hit was recorded, through Whitney’s marriage and the birth of her daughter, the two navigated often challenging families, great loves, and painful losses, always supporting each other with laughter and friendship. Deeply personal and heartfelt, A Song for You is the vital, honest, and previously untold story that provides an understanding of the complex life of Whitney Houston. Finally, the person who knew her best sets the record straight.” 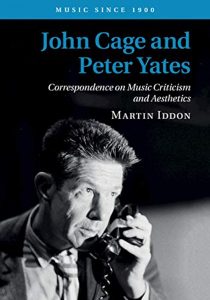 THE PRESS RELEASE: “The correspondence between composer John Cage and Peter Yates represents the third and final part of Cage’s most significant exchanges of letters, following those with Pierre Boulez and with David Tudor. Martin Iddon’s book is the first volume to collect the complete extant correspondence with his critical friend, thus completing the ‘trilogy’ of Cage correspondence published by Cambridge. By bringing together more than 100 letters, beginning in 1940 and continuing until 1971, Iddon reveals the dialogue within which many of Cage’s ideas were first forged and informed, with particular focus on his developing attitudes to music criticism and aesthetics. The correspondence with Yates represents precisely, in alignment with Cage’s fastidious neatness, the part of his letter writing in which he engages most directly with the last part of his famous tricolon, ‘composing’s one thing, performing’s another, listening’s a third’.” 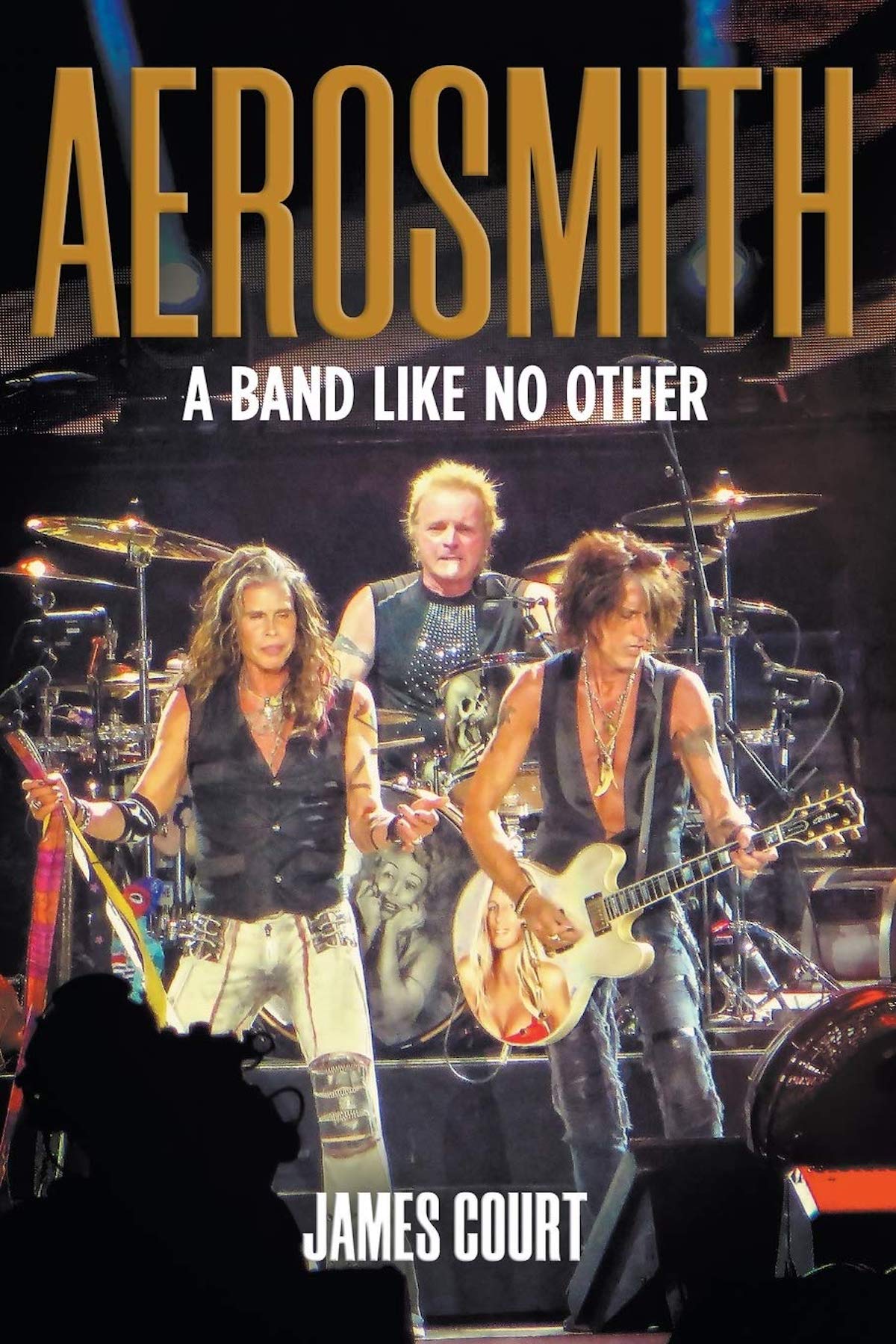 Aerosmith: A Band Like No Other
By James Court

THE PRESS RELEASE: “A band like no other is not just a title within this book. It’s a statement to describe Aerosmith and their longevity within the realms of music and touring. The band has achieved phenomenal success over the years and at no point toned down the raw passion for rock ’n’ roll that they exude with every performance. Their energy, passion and long lasting dedication to the foundations of rock have kept them at the top of the music world for decades. They gain new fans with every tour while still maintaining the respect and adoration of all within the Rock world. They are a truly unique outfit that have captivated and entertained audiences all over the world since they first burst onto the music scene in the early 1970’s, growing in stature to become one of the most respected rock bands of all time. But like all great rock bands, it’s the core influences that drive them. It’s the early individual experiences coming together to form one force, one unit and one band. This early framework would form the foundations to elevate them forward and to remain so through some of the most indulgent and excessive times any band could encounter. These excesses have destroyed countless bands in the past but not Aerosmith, almost everything has been thrown at them, and still despite this they achieved incredible success. This would ultimately give them that cutting edge to ascend in the rock world over taking there piers to dominate in the years ahead. But to understand just how great a rock band Aerosmith truly are, and to see them like no other band, you have to start at the beginning…” 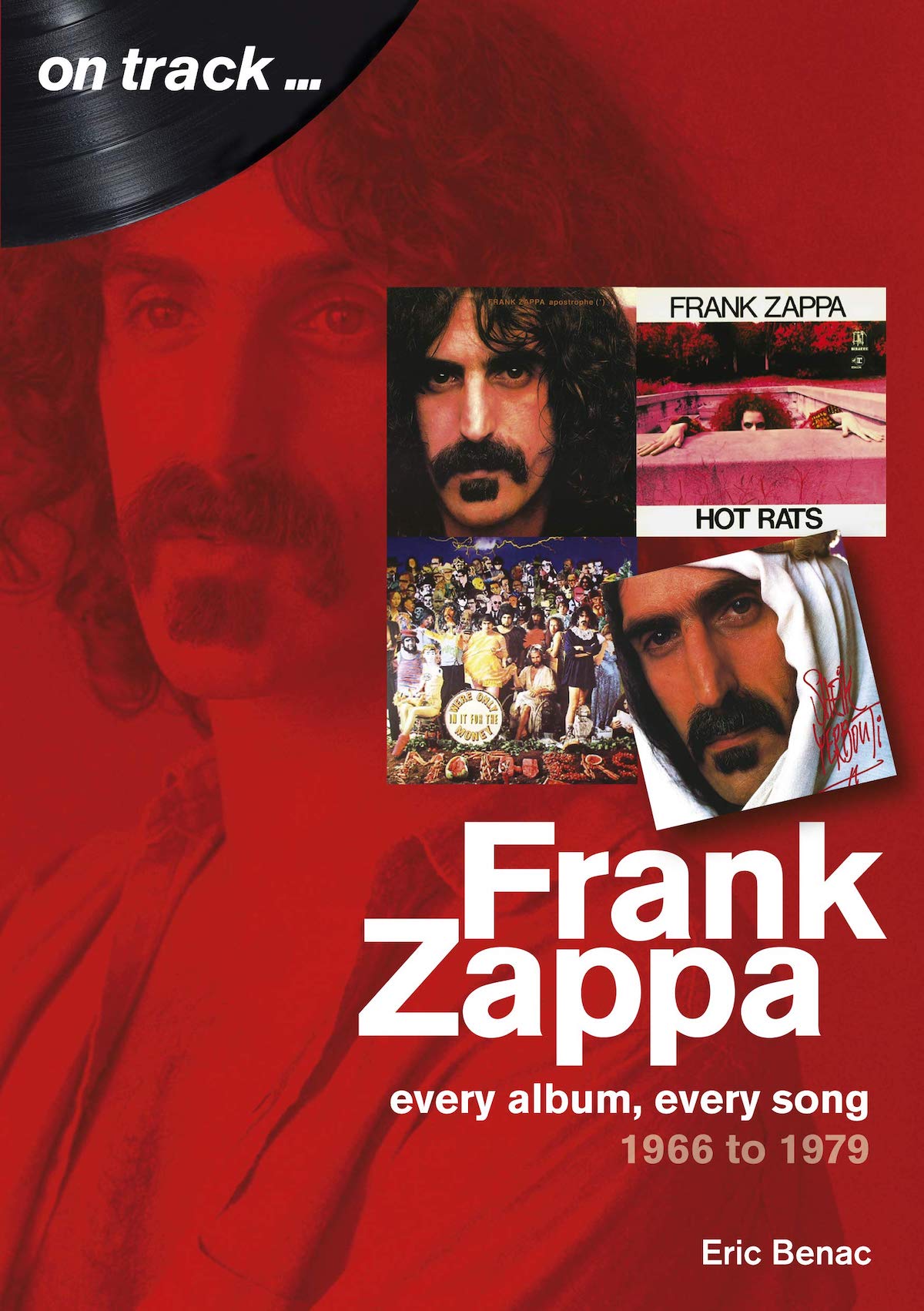 THE PRESS RELEASE: “Frank Zappa is one of the few rock ’n’ roll musicians who can truly be labelled a genius. With a career that spanned four decades before his untimely death in 1993, Zappa broke all the rules of composition and production and did things his way. No other rock musician could compose in as many idioms or write music of such sublime complexity and profound beauty. In this in-depth album guide, the most crucial part of Zappa’s discography will be examined in-depth to provide readers with the ultimate guide to the man’s recorded work. Each album will be discussed in detail, including the historical context behind the record, an examination of each song on the album, and full details of the musicians who played on it. The book will begin with Zappa’s ’60s albums with The Mothers of Invention, before delving into his prolific ’70s solo career, typified by Hot Rats, Apostrophe and Sheik Yerbouti. Throughout this period, his albums remained complex musically while the subject matter was often satirical and controversial. Fans of Zappa’s ’60s and ”70s work will appreciate the level of detail, research, and depth provided in each review, making this the most comprehensive guide to this enigmatic musician’s music yet written.” 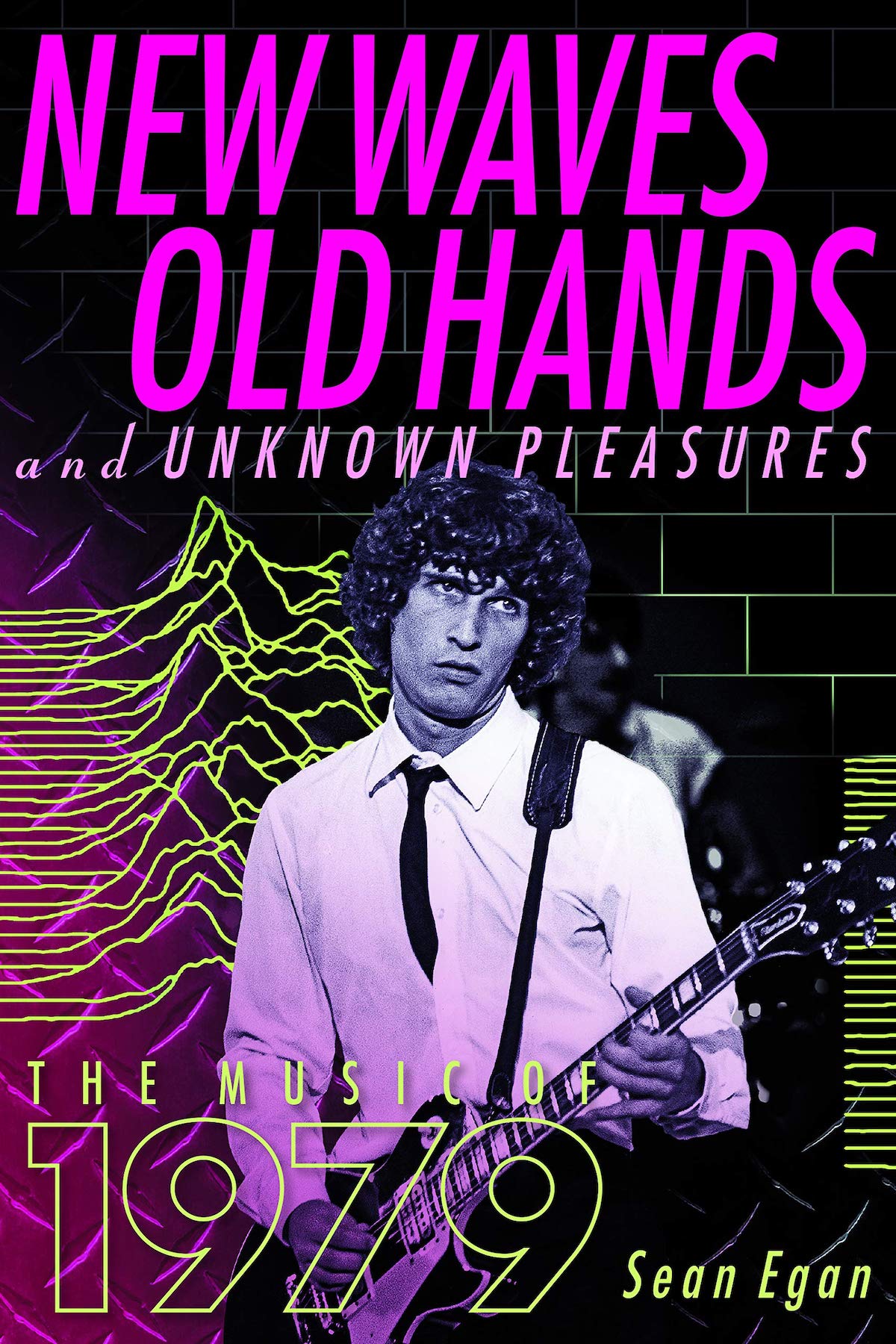 New Waves, Old Hands, And Unknown Pleasures: The Music Of 1979
By Sean Egan

THE PRESS RELEASE: “The year 1979 was a seminal watershed moment in rock music. The year saw the release of Pink Floyd’s The Wall, David Bowie’s Lodger, Led Zeppelin’s In Through the Out Door, Bob Dylan’s Slow Train Coming, Fleetwood Mac’s Tusk, Elvis Costello and the Attractions’ Armed Forces, Joe Jackson’s Look Sharp! and I’m the Man, Stiff Little Fingers’ Inflammable Material, Gary Numan/Tubeway Army’s Replicas and The Pleasure Principle, Joy Division’s Unknown Pleasures, The Jam’s Setting Sons, The Clash’s London Calling, and the UK 2-Tone phenomenon. It also saw a slump in album sales, a resurgence in single sales, and the peak and bloody death of disco. Now, with the help of new and exclusive interviews with artists and producers, New Waves, Old Hands, and Unknown Pleasures tells the varied, vibrant, and often unexamined story of popular music in 1979. It reveals the stories behind key recordings, traces the trajectories of commercial and artistic successes, and explains the musical and socio-political context behind the sounds of the day.”