With nearly 250 albums, EPs and singles being released this week, you would expect there to be a couple of dozen big-name titles in the bunch. And you would be wrong. But even if the superstars are taking the week off, there are still plenty of other artists taking up the slack. Here are a handful of discs to watch for: 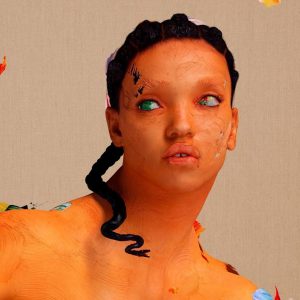 THE PRESS RELEASE: “One of the most anticipated sophomore album releases of the decade is finally upon us! Released over half a decade ago, Tahliah Debrett Barnett’s debut FKA twigs album LP1 was one of the most thrillingly original and forward-thinking pop releases in years, its shifting rhythms and immersive soundscapes informing a great deal of subsequent music. The intervening years have seen Barnett suffer physical and emotional upheaval, something that’s informed the sound and themes of Magdalene, which features production from Nicolas Jaar. Top-40 rapper Future appears on the album’s second single Holy Terrain, continuing a run of rap collaborations including an appearance on A$AP Rocky’s Testing LP.” 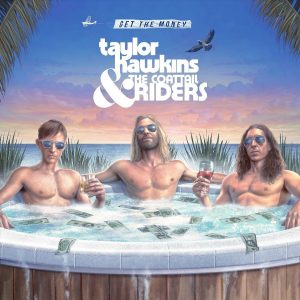 Taylor Hawkins &
The Coattail Riders
Get the Money

THE PRESS RELEASE: “Taylor Hawkins will descend from the levitating drum throne on which he’s spent two years on tour supporting Foo Fighters’ international #1 album Concrete and Gold to release the forthcoming third Taylor Hawkins & the Coattail Riders album, Get The Money. Produced by John Lousteau and Taylor himself, and mixed by Sylvia Massy, Get The Money follows Taylor’s 2016 six-song mini-LP KOTA by three years almost to the day, and features a scope far wider than KOTA’s takes on suburbia’s bizarro underbelly. The new album finds Taylor and Coattail Riders Chris Chaney, Brent Woods and John Lousteau accompanied by an all-star supporting cast including Taylor’s fellow Foo Fighters Dave Grohl and Pat Smear, Roger Taylor, Joe Walsh, Duff McKagan, Nancy Wilson, Chrissie Hynde, Perry Farrell, LeAnn Rimes and more, collectively creating a staggering, epic sprawl that swerves from classic rock to prog and glam and all points between. Since the Texas-born Laguna-bred force of nature made his Foo Fighting debut on the tour supporting 1997’s sophomore opus The Colour and the Shape, he has been an essential element of the sound and personality of the last great American arena/stadium rock band. He’s played on Grammy-winning FF albums including There Is Nothing Left To Lose, One by One and Wasting Light, and contributed lead vocals to Concrete and Gold’s Sunday Rain, as well as Cold Day In The Sun from 2005’s In Your Honor. Taylor’s previous extracurricular output includes two albums from Taylor Hawkins & The Coattail Riders, one with The Birds of Satan, the above-mentioned KOTA mini-LP that featured Hawkins on lead vocals and nearly every instrument.” 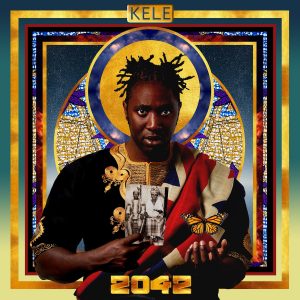 THE PRESS RELEASE: “After the acoustic diversion of his last album, 2017’s Fatherland, Bloc Party frontman Kele Okereke tacks back to the dancefloor template that informed his previous solo records. 2042, led by the socially and politically aware lead single Jungle Bunny, is also more like a Bloc Party record than any of his solo material, most similar to the difficult but rewarding A Weekend In The City.” 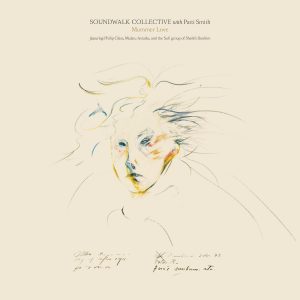 THE PRESS RELEASE: “A sonic cross-continental experience, Mummer Love is the second album in the Perfect Vision triptych collaboration between Soundwalk Collective and Patti Smith. The album features guest contributions from Phillip Glass, Mulatu Astatke, and the Sufi Group of Sheikh Ibrahim. For this body of work, Soundwalk Collective journeyed to Africa to explore the intricacies of Arthur Rimbaud’s most obscure period. After leaving France and what he deemed the ‘western stagnation’, Rimbaud found himself in Harar, Ethiopia – an epicenter of Sufism in Africa. Sufi practise focuses on the renunciation of worldly things, the purification of the soul and the mystical contemplation of God’s nature. Sufism is a mystical form of Islam, and its music is about reaching a communal ecstatic state, and once you find yourself there, you are granted access to the unknown. Entitled The Perfect Vision, this musical triptych, which has been co-produced with Leonardo Heiblum and supported by the Analogue Foundation, aims to go beyond 20/20 vision and explore a dimension that exists on a non-physical plane. What one can physically see is only the beginning – this project transcends what we think we see, by multiplying experiences, languages and energies.” 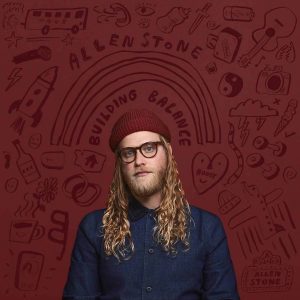 THE PRESS RELEASE: “Soulful vanguard Allen Stone’s forthcoming record Building Balance will be take his soul-stirring R&B and funk to the next artistic level. Allen continues to draw inspiration from ’70s funk and soul with current flexes, sitting amid D’Angelo in its sultrier moments, and Stevie Wonder at its most melodic. Also partially inspired by becoming a husband and father, the album features the most personal, lushly produced and gorgeously performed songs of Allen’s career.”