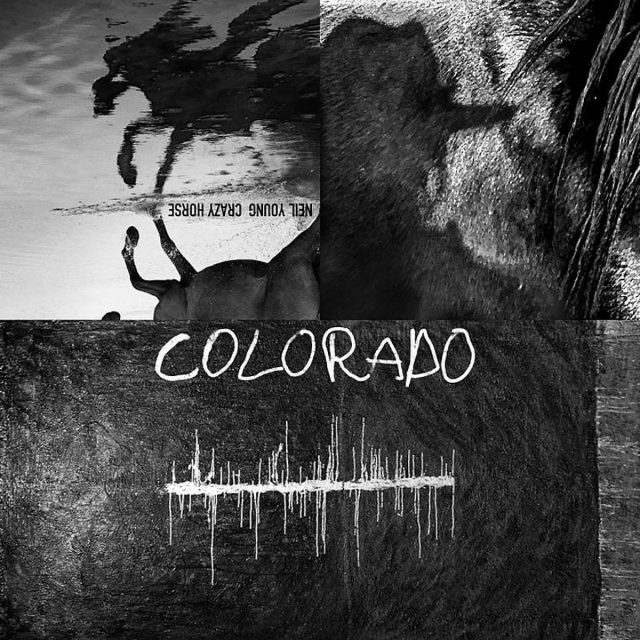 WHO ARE THEY? Shakey and his on-again, off-again garage band — who somehow manage to be every bit as sloppy, loose, undisciplined and majestically shitty as they were five decades ago, which is sort of an impressive feat in its own weird way.

WHAT IS THIS? Old man Neil’s 39th studio album and first disc with the Horse since 2012 — though former sideman and longtime E Streeter Nils Lofgren has now replaced recently retired longtime guitarist Frank (Poncho) Sampedro. I guess that’s what you call changing horses in mid-stream. Sorry.

WHAT DOES IT SOUND LIKE? About what you’d expect from these old geezers: More plodding, tossed-out roots-rock jams and disarmingly tender ballads — though Lofgren’s presence means these songs are slightly less raw and more textured than some of their predecessors.

WHAT SHOULD IT BE TITLED? Getting Back On The Horse.

HOW SHOULD I LISTEN TO IT? While trying not to pay too much attention to Young’s ham-fisted environmental screeds and political rants.

WHAT ARE THE BEST SONGS? Well, the 13-minute epic rocker She Showed Me Love is pretty hard to ignore. Help Me Lose My Mind and Shut It Down also pack a decent punch.

WHAT WILL MY FRIENDS SAY? ‘Why do I always get the feeling Neil just records and releases their first reheasal every time?’

HOW OFTEN WILL I LISTEN TO THIS? No more than you’ve listened to Young’s last few socially conscious releases.

IF THIS ALBUM WERE A PERSON, WHO WOULD IT BE? An old hippie busker on the streetcorner, alternately yelling at people and crooning love songs in a cracked falsetto.

SHOULD I BUY, STREAM OR STEAL IT? Young has plenty of essential albums in his catalogue. Thing is, he also has plenty of inessential ones. This disc is firmly in the latter category.