Eric Schenkman hits the mark with the upbeat video for Who Shot John? — showcasing today on Tinnitist.

The latest single and title cut from the Spin Doctors guitarist and Toronto resident’s most recent solo album, Who Shot John? is a rollicking crowdpleaser that splits the diff between blues, rock and ska. It wouldn’t be out of place in a blues bar on a Saturday night. Then again, neither would Schenkman.

“I’ve been playing the Ontario blues circuit for about a decade,” he explains. “I have this long history as a guitarist in relationship to the blues up here in Canada. And I’ve been writing songs in a couple of different idioms. So Who Shot John? comes from a convergence of my three worlds — vocals, guitar and songwriting. It’s about my life. Where I’m at now.”

That is, when he’s not onstage before thousands of fans worldwide with Spin Doctors. He is one of the band’s not-so-secret weapons — a vital songwriter and virtuoso guitarist who crafted the ‘90s band and co-wrote all five of their Top 100 hits. He also worked with Chico Hamilton, Carly Simon, Natalie Merchant, Noel Redding, Phoebe Snow and Corky Laing, among many other notable musicians.

His self-produced third solo album, Who Shot John? showcases the singer-guitarist’s many sides, from raw, rockin’ blues to funk/soul/pop. With its elemental lineup of guitar, bass and drums, and songs that seldom stray beyond three chords it’s radio-friendly and familiar enough to draw listeners in. After that, the complexities reveal themselves. The proof is in the beats, in the intimacy of those late nights on the stage and through every moment of Who Shot John? Every track digs in deep and doesn’t let go, thanks to Schenkman’s voice, commanding guitar and powerfully emotional lyrics.

Schenkman nailed the grooves with long time pals, drummers Van Romaine (Enrique Iglesias) and Cody Dickinson (North Mississippi Allstars) and co-producer/bassist Shawn Kellerman (Lucky Peterson), working in studios in Newark, Kitchener, N.Y. and Memphis. Each track crackles with the live energy he has cultivated for the last 30+ years on stage. Schenkman attributes this both to his choice of songs and to the caliber of his fellow musicians. “All of us are live players. These guys love to play live. You can feel that throughout the album.” 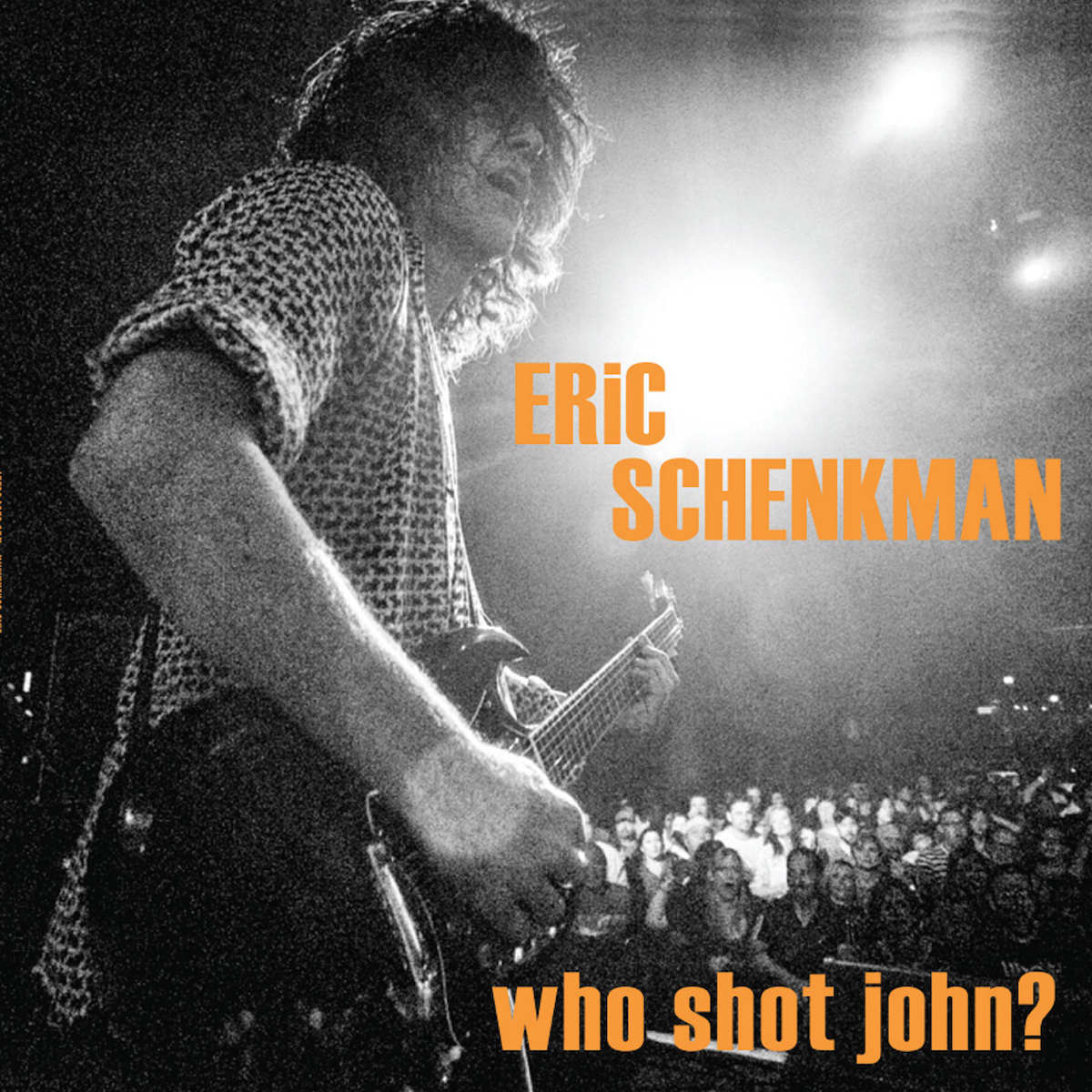