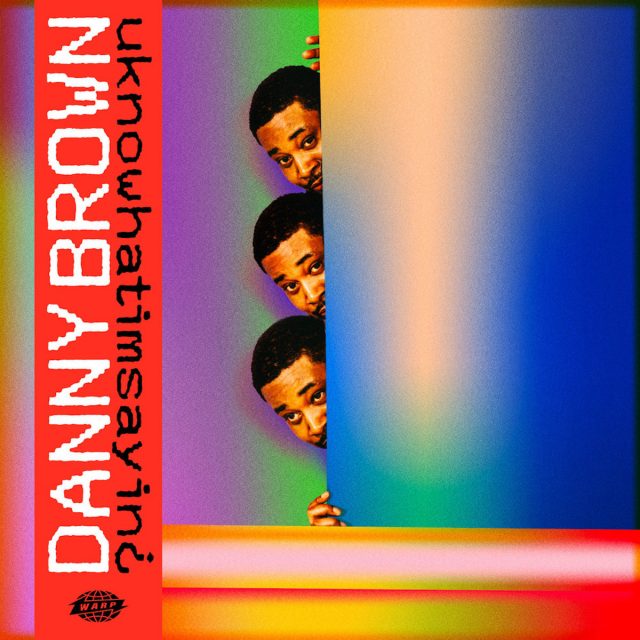 WHO IS HE? The idiosyncratic and bizarre Detroit rapper who broke through to the mainstream with his third album Old in 2013, then took a trip to the dark side with the paranoid 2016 followup Atrocity Exhibit before getting his act together.

WHAT IS THIS? His fifth disc overall and — if you believe Danny Brown — his version of a standup comedy album. “Most of my close friends now aren’t rappers — they’re comedians and actors,” he has said. “So I wanted to create something that mixed humour with music. Something that was funny but not parody.”

WHAT DOES IT SOUND LIKE? Not a damn thing like a standup comedy album. In fact, it’s not even as overtly funny and outrageous as Old. That does not mean it’s a downer. Far from it: Brown’s spectacular vernacular, rapid-fire flow, demented images, twisted couplets and celebrity name-drops (who else would rhyme rental car with Pat Benatar?) are still second to none. The big difference is that now he presents them in a more straightforward and less manic fashion — all the better to allow Q-Tip, Jpegmafia, Flying Lotus and the other high-wattage producers to strut their stuff.

WHAT WOULD BE A BETTER TITLE FOR THIS ALBUM? You Want That Old Danny Brown? Too Damn Bad.

HOW SHOULD I LISTEN TO IT? While paying attention — let it wander for a second and you’ll miss at least half a dozen lyrical bon mots.

WHAT ARE THE BEST SONGS? The Run the Jewels collaboration 3 Tearz has obvious appeal, but you can’t go too far wrong with anything on this tightly packed but loosely wound 34-minute set.

WHAT WILL MY FRIENDS AND FAMILY SAY? ‘He delivers more great lines in 34 minutes than some rappers do in their entire careers.’

HOW OFTEN WILL I LISTEN TO THIS? It won’t tickle your funnybone as blatantly as Old did, but it should stand up to repeated listening.

IF THIS ALBUM WERE AN EDDIE MURPHY MOVIE, WHICH ONE WOULD IT BE? Something off-kilter and underappreciated — Bowfinger, perhaps.

SHOULD I BUY, STREAM OR STEAL IT? There are far worse rap albums you could spend your money on.