Home Read Features Back Stories | My 2012 Interview With Kris Kristofferson 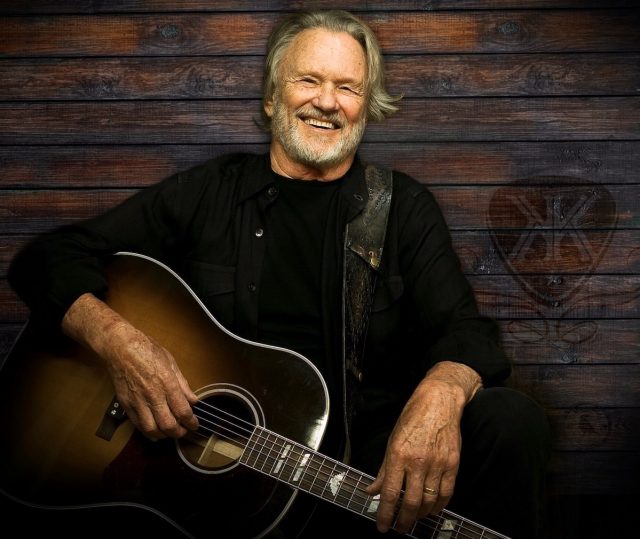 With Ken Burns’ latest superb music documentary series Country airing this month, I figured it made sense to pull out some interviews I’ve done with country legends over the years. Here’s a chat I had with songwriters’ songwriter and living legend Kris Kristofferson back in 2012. This version includes plenty of stuff that didn’t make the cut in the original print edition. Enjoy.

Kris Kristofferson has been there, done that, bought the T-shirt — and likely written a song about it.

Over the years, the ruggedly handsome Texan has done more living than many could imagine. He’s been a Golden Gloves boxer. A Rhodes Scholar. A U.S. Army captain. A chopper pilot. He’s acted in scores of movies. Romanced women from Janis Joplin and Rita Coolidge to Barbra Streisand. Fathered eight children. And penned a folio of timeless tunes — including Me and Bobby McGee, Sunday Mornin’ Coming Down, For the Good Times, Why Me Lord and Help Me Make it Through the Night — that have been cut by everyone from Johnny Cash to Norah Jones. But amazing as it sounds, he claims that until recently, there was one thing he still hadn’t done: Record a Bob Dylan song in the studio. “I never thought I’d be doing him much good by singing one of his songs,” cracks Kristofferson, his familiar crushed-gravel drawl erupting in a gruff, rumbling guffaw. “I don’t usually do other people’s songs. I haven’t got a great voice.”

Debatable as that last point may be, it didn’t deter him from laying down a gorgeously unvarnished acoustic-guitar cover of Quinn the Eskimo (Mighty Quinn) for the all-star Dylan tribute Chimes of Freedom. Kristofferson — who has previously covered Dylan in concert and on at least one live recording — is just one of a long list of VIPs on the four-disc set, released in honour of the 50th anniversary of Amnesty International. From his Hawaiian home, the laid-back legend chatted about Dylan, the good times, his son the wrassler and much more:

Tell me about your first encounter with Dylan. You were a janitor at the Nashville studio where he made Blonde on Blonde, right?
That’s right. It was a real eye-opener to see the way he worked. He didn’t record like anybody in Nashville did. They used to have three-hour sessions and expect to do three songs. But Bob would go and sit at the piano all night long and write. He would finish a song at 7 a.m. after being up all night and then call in the musicians, who had been playing ping pong or something. And they’d go in and cut a great track. I was pretty much in awe of him at the time. But I never talked to him or anything. I didn’t want to bother him. I just emptied the trash cans and watched him.

Things have obviously changed since then. What is he to you now? A friend? An acquaintance?
He’s still just a hero. He did so much to change songwriting. He lifted it all up to a level of poetry. Popular songs before then were all (How Much is That) Doggie in the Window, you know? What he did was give songwriters freedom to express themselves in ways that songs hadn’t done before. And I’m so grateful to him, because it made the rest of us songwriters feel like we were working on some piece of art that was worth doing. He influenced people like me and Willie Nelson and Johnny Cash. His songwriting influenced everybody. And he was the one who made the fight for human rights a public thing. It’s the 50th anniversary of Amnesty International, and he’s been raising consciousness about that long.

Will we see his like again?
I don’t listen to the radio at all, so I can’t tell you what’s going on now at all. But I don’t think it will ever go back to just being what it was. And he has so much respect from people he probably respects too, like Leonard Cohen and Joni Mitchell and Gordon Lightfoot, and guys like Johnny and Willie and even Roger Miller. They were all affected by him.

So many people have recorded your songs. Do you have a personal favourite?
Off the top of my head, one of them would be Janis (Joplin) singing Bobby McGee. But that’s mainly because of my relationship with her. I’m just grateful that I’ve been able to write.

Are you working on a new album?
Yeah. I write a whole lot slower than I used to. Age has slowed me down. But I’m still doing it. I’ve got one album that (producer) Don Was and I just finished. I’m not sure when it will be out, but I think it’s called Feeling Mortal. That’s one of the songs. And we’ve already got most of another one done. I never really stopped recording — it was just some people stopped paying attention.

Shouldn’t your life be a movie? Or at least an autobiography?
I don’t know about a movie. I remember once they were going to do a film about Janis — this was a long time ago and they never did it — and they said, ‘How would you like to have Brad Pitt play you?’ I just started laughing. I said, ‘Perfect.’ But yeah, a book is next in line. I always said that when I slowed down, I would get around to it. And my memory has gone south lately. So I’ve put off signing up to do a lot of shows so I can begin. Hopefully, it will be worth doing. I always felt like I was a writer of short stories and fiction, anyway.

I see your son Jody just signed to wrestle with the WWE. Your thoughts?
I identify with him so much, because people thought I was just as crazy as he is when I decided I was going to Nashville. But he loves it and he’s committed to it just like I was with songwriting. And to be able to do what you love to do — you can’t get better than that.

You were a Golden Gloves boxer. Have the two of you ever mixed it up in ring?
Ha! He’s big! I wouldn’t get near the ring with him. But it is true that boxing meant a lot to me. So did football, though. I went as far as I could in both of them with my physical limitations. I was a little slow.