Home Read Features Back Stories | My 2009 Interview With Dolly Parton 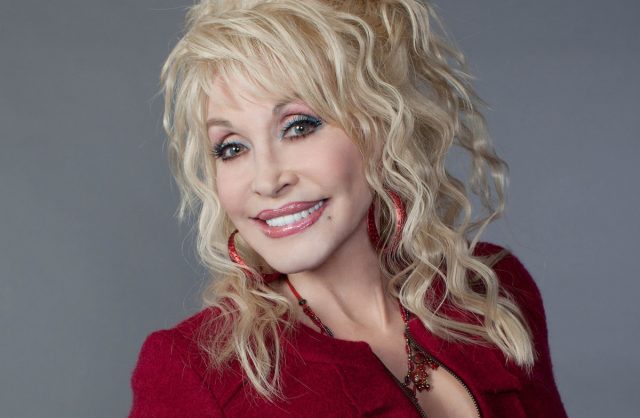 With Ken Burns’ latest superb music documentary series Country airing this month, I figured it made sense to pull out some interviews I’ve done with country legends over the years. Here’s a chat I had with the unsinkable Dolly Parton back in 2009. I’ve talked to her a couple of times, and she is unfailingly sweet, candid, funny and down to earth — or at least smart enough to act like it when she’s on the phone with a reporter. This version includes plenty of stuff that didn’t make the cut in the original print edition. Enjoy.

Dolly Parton is shouldering quite a load these days — not that it’s anything new. The country music queen, multi-media mogul, philanthropist and theme-park magnate has long been one of the hardest-working women in show business. And she has no plans to slow down anytime soon.

“I don’t want to live a boring life,” Parton says. “I wake up every day with new dreams and new plans. I ask God every day to show me and give me wonderful things so I can have a fun life for myself and maybe add some joy and excitement to the lives of other people. I won’t ever stop working. I won’t ever retire. I’ll be working until I fall over. And I hope it’s right in the middle of a song onstage somewhere. That would be the glorious way to go.”

But first, Parton has a whole slate of projects to get off her chest. This month alone, fans are doubly blessed by a pair of new releases: The CD/DVD set Live in London, and the career-spanning four-disc box set Dolly. Toss in her stacked to-do list — albums, tours, a TV series, a Christmas special with Carrie Underwood and a musical based on the Tennessee mountain girl’s rags-to-riches story — and it’s no wonder her schedule is full. Even so, Parton found the time to call me from her bed in a Hollywood hotel to talk about her career, her signature style and her private life.

I’ve always wondered: If you go out without the makeup and the wig, can you walk around unrecognized?
No. I wouldn’t do that anyway. Unless there was an emergency and my husband was having a heart attack and I had to get him to the hospital, I wouldn’t go out without my makeup. I certainly go out without wigs on, but I always try to put a little makeup on, if only for my husband’s sake if nothing else. I don’t want to look like a rag around him; I don’t get to see him all that much, so I always put on makeup for him. And I always try to look presentable in case I get stopped on the street.

What if you wore a disguise?
Well, people recognize my voice. I remember once I was going Christmas shopping many years ago. I did my makeup completely different with dark eyebrows and wore a short black wig and wore different clothes than I would normally wear. And I was in a record shop buying stuff with friends that nobody would have recognized. And I said something, and this group of kids said, ‘You’re Dolly Parton in a black wig.’ My voice is as recognizable as my looks. So then I was stuck. And I felt bad because I looked so weird, so I went back home, put on my own garb and went out Christmas shopping as myself.

It’s impressive on your live DVD to see you play several instruments. Do you feel you don’t get enough recognition as a musician?
I’m not that great a musician. I know enough to pull off a few show pieces. The guitar is what I write with mostly. But I can play some of a lot of things as most of my family can, because we were a family of musicians and singers. But a lot of mine is just for show. I wouldn’t want to have to back up a serious artist with just my playing! (laughs)

What about recognition as a songwriter? Everybody knows your big hits, but a lot of people don’t know you wrote those songs.
Well, I think it’s because I come on so strong with my big … wait, you did say hits, right? (Laughs) Well, those too — and sometimes my personality and my big hair and all that other stuff makes people forget that I do write. It took a long time for people to get past the gaudiness and all. But at this point, I think people who follow me close know how serious I am about my work, and it’s worked out all right over the years.

Obviously. I was looking at a list of all your Top 10 this and biggest-selling that and all the awards and nominations. The list is almost endless. Which of those means the most to you?
All of them mean something because they all mark a certain time in my life. And I never get tired of those things. People say, ‘Oh I bet this is like pouring water on a duck’s back,’ and it’s not. Even the smallest little things matter to me. But I am very proud of my songwriters awards; probably my songwriting is the most personal to me. So being in the songwriters hall of fame — the country one and the big one too — that means a great deal to me.

Let’s talk about the umpteen projects you’ve got on the go. I’ve heard talk of a dance album and a children’s record.
All of them are in the works. People always ask me what’s next and I never know which one’s going to come up first. I have done a lot of dance songs and I will put that out at the right time. I have a lot of fans that love to dance; I have a huge gay following. But I also work a lot with children; I have the Imagination Library that gives free books to children all over the world. I definitely would love to do a children’s show like Pee-Wee’s Playhouse, something entertaining to grownups too. And I will do some children’s albums; in fact, I have that kind of on a front burner. Then I’ll probably do some more touring toward the end of next year. But right now, I’m working on a musical of my life story for the next several months. It will be for Broadway or a movie; I haven’t decided yet.

Speaking of your life, is all the glitz something of a buffer? Are you really kind of a private person?
You’re very right about that. My husband and I have been married for 43 years, and when I go home, I love just hanging out with him. We have a little RV that we travel around in. We just park along the riverbank and have picnics. We go out Saturdays and Sundays for a few hours and ride about and stop where we want. And I love to stay home and cook and read and kick back and just enjoy that. But you’re right; I’m more of a private person than people would know.

Do you feel a kinship with Carrie Underwood and Miranda Lambert and Gretchen Wilson and the other women coming up these days? Because they seem to own you a bit of a debt.
Well, they always say that. And they’re always complimentary and saying that I’ve inspired them. And that makes you feel really good, because you never know what you’re going to mean to anybody. And if I’ve been any kind of help or a light for anybody to follow on their path, I’m glad about that. And yes, I do relate to all of them in one way or another. Even Miley Cyrus and Taylor Swift, as songwriters and entertainers. I see them coming along and I think that’s great, because it brings back a lot of memories to me. I feel a kinship with all of them, really.