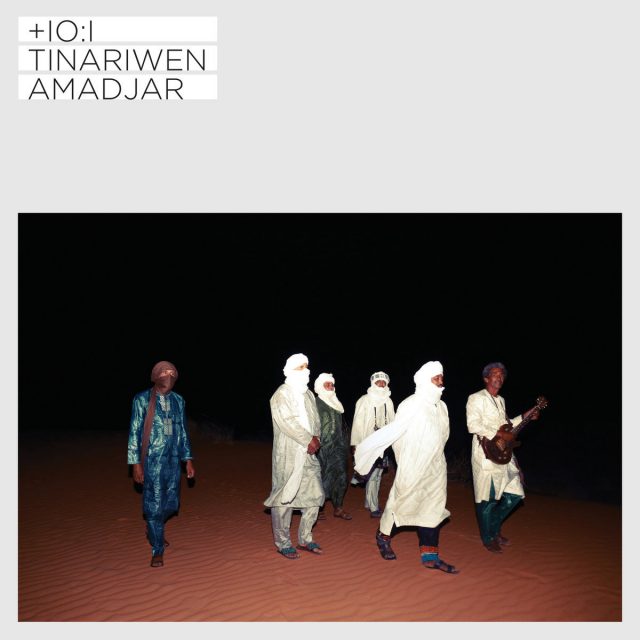 WHO ARE THEY? The long-running collective of Tuareg bluesmen who hail from the Sahara Desert region of Northern Mali — and whose shapeshifting lineup seemingly changes as constantly and imperceptibly as the dunes.

WHAT DOES IT SOUND LIKE? Tinariwen in their natural element. The band reportedly wrote and recorded these 13 tracks while camping under the stars, without using headphones or any effects. Naturally, the results have a loose, lively feel, with open-ended arrangements and songs that burn down to their embers before ending in quiet conversations. The other musicians added their bits later in the studio, which seems like kind of a bummer for them.

WHAT WOULD BE A BETTER TITLE FOR THIS ALBUM? Campfire Songs.

HOW SHOULD I LISTEN TO IT? If you can’t live a nomadic existence in the desert — or even rouse yourself enough to make it to the cabin — you should at least be out in the backyard.

WHAT WILL MY FRIENDS AND FAMILY SAY? ‘That doesn’t sound anything like the songs YOU play around the campfire.’

HOW OFTEN WILL I LISTEN TO THIS? About as often as you listen to their other albums — gorgeous and glorious as their stuff is, it can get somewhat samey after a while.

IF THIS ALBUM WERE A TV SHOW, WHAT TV SHOW WOULD IT BE? Hypnotize Me, minus the goofy shenanigans.

SHOULD I BUY, STREAM OR STEAL IT? Streaming in the desert seems wrong. But in this case it’s the right move.