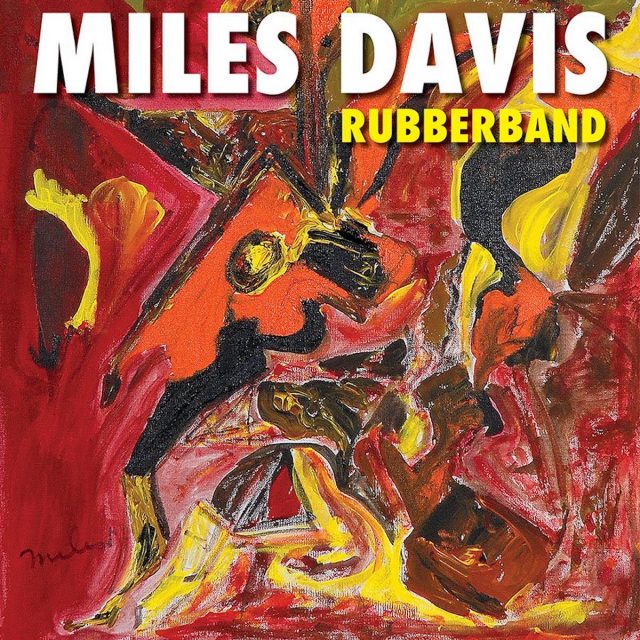 WHO IS HE? The greatest trumpet player who ever lived (sorry, Wynton). The musical visionary who changed the entire course of jazz. Then did it again. And again after that. Not to mention the fact that he was always the coolest cat in the room — any room, anywhere, anytime.

WHAT IS THIS? Though it’s billed as a “lost Miles Davis album,” a more accurate description for Rubberband might be: An album anchored by a handful of rare (but previously released) tracks Davis cut in the mid-’80s and shelved, along with new numbers that have been fleshed out from leftover song fragments and jam sessions.

WHAT DOES IT SOUND LIKE? Not surprisingly, hit and miss. The handful of original tracks find Davis moving toward a synth-fuelled funk and R&B sound not unlike Prince. The newly crafted numbers — too many of which feature vocalists — are insubstantial at best and annoying at worst, sometimes shoving Miles into the margins of his own music.

WHAT WOULD BE A BETTER TITLE FOR THIS ALBUM? Missing by Miles.

HOW SHOULD I LISTEN TO IT? With your attention focused on Davis’s always-exquisite and lyrical horn work — and focused away from some of the cheesier elements.

WHAT ARE THE BEST SONGS? Princely jams like Give it Up, Maze, This is It and Echoes in Time/The Wrinkle. On the flip side, vocal cuts like Paradise, So Emotional and I Love What We Make Together are highly skippable.

HOW OFTEN WILL I LISTEN TO THIS? The older and funkier tracks are worth adding to your Davis playlist. The rest? Not so much.

IF THIS ALBUM WERE A CELEBRITY, WHAT KIND OF CELEBRITY WOULD IT BE? One who gets way more plastic surgery than they need — you know the ones I’m talking about.

SHOULD I BUY, STREAM OR STEAL IT? Stream it, then buy the tracks you dig.