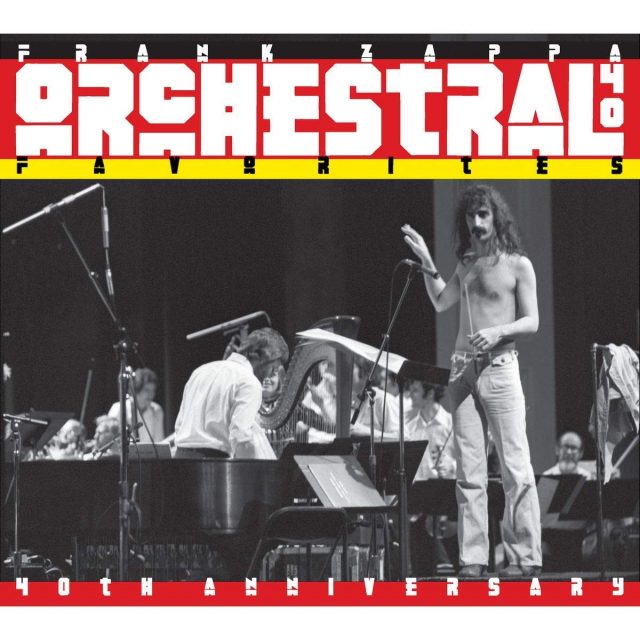 WHO IS HE? The late, great musical icon and iconoclast. The father of the Mothers of Invention. The childhood pal of Captain Beefheart. The owner-operator of the most recognizable moustache in music. The chart-topping brains behind the Top 40 hit Valley Girl. The man who took on the PMRC. And most importantly, the sardonic singer-guitarist, classical composer and ultra-prolific producer who released 62 albums in his lifetime (and left an archive that has spawned 50 posthumous releases so far).

WHAT IS THIS? A remastered and expanded reissue of a short-lived semi-live orchestral-rock album that was originally released in 1979 without his permission (and sans liner notes and credits) during a contract dispute with his label at the time.

WHAT DOES IT SOUND LIKE? A dish of ice-cold revenge — with a side of long-overdue artistic redemption. The three-disc set naturally features a pristine version of the original album, which was recorded in an empty concert hall in the afternoon before a gig with a 37-piece orchestra. But the sweeter treat for Zappaphiles comes on the other two albums, which deliver nearly two more hours of previously unreleased live fare (including some superb guitar solos, FZ’s snappy introductions and doses of sonic tomfoolery) from the subsequent evening concert.

WHAT WOULD BE A BETTER TITLE FOR THIS ALBUM? Morechestral Favorites.

HOW SHOULD I LISTEN TO IT? On the best audio equipment you can possibly acquire — either by yourself or in the company of someone who can shut the hell up for for 150 minutes.

WHAT ARE THE BEST SONGS? The rockin’ Rollo, extrapolated from a segment of Saint Alfonzo’s Pancake Breakfast; the orchestral jam Black Napkins; freewheeling sections of Lumpy Gravy and The Adventures of Greggary Peccary.

WHAT WILL MY FRIENDS AND FAMILY SAY? ‘Why in the hell was this sitting in an archive for four decades?’

HOW OFTEN WILL I LISTEN TO THIS? It might not get as much play as some of the more rock-oriented offerings, but it has enough top-shelf rarities to bring you back a few times.

IF THIS ALBUM WERE A FAMILY MEMBER, WHO WOULD IT BE? A distant cousin you lost touch with years ago — who shows up out of the blue with a busload of relatives you never even knew existed.

SHOULD I BUY, STREAM OR STEAL IT? True Zappa fans don’t stream. Or eat the yellow snow.