There’s a good reason major-label music releases taper off in the summer: Most people have better things to do than sit and listen to a jillion albums. With that in mind, here are three recent indie EPs that will feed your new-music jones without taking up too much of your life — or emptying your wallet. Enjoy: 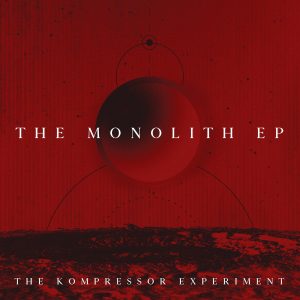 The Kompressor Experiment
The Monolith EP

Monolith is not a title to be used lightly. And Swiss progressive post-rock stoners The Kompressor Experiment make it clear they understand that obligation with this mighty three-track offering. Opening cut Monolith I is a humongous and imposing Kubrickian monument of rock — in the form of a 15-minute instrumental epic forged from craggy riffs, vast sonic expanses and towering grandeur — that more that lives up to its billing. And bodes well for their Oct. 24 album 2001. Open the pod bay doors, Hal. THE PRESS RELEASE: “A fully realized journey in and of itself, Monolith I is making its initial appearance as a precursor to a larger and fully immersive work inspired by concepts of space and time as reflected in Stanley Kubrick’s masterpiece 2001: A Space Odyssey. Taken on its own it is a strong encapsulation of what listeners can expect from The Kompressor Experiment – equal parts thundering, progressive, melodic and stirring, it is representative of a band that is willing to take the time to allow ideas to unfold while never sacrificing immediacy and impact. Also featured on this EP is a live rendition of the second piece of the Monolith triptych, as well as a demo version of MG1, initially written as part of the 2001 concept but appearing exclusively on this EP.” 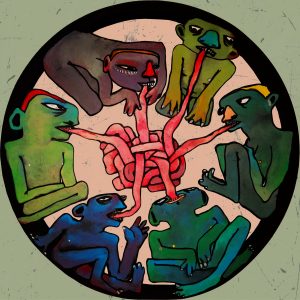 Look backward or move forward. Those are your basic choices in any creative endeavour. With their second release, young Brighton jazz crew Ebi Soda definitely lean toward the latter with their unpredictable arrangements, contemporary attitudes and anything-goes vibe — though their obvious technical skills let you know they understand all the rules they’re so stylishly bending and breaking. THE PRESS RELEASE: “From their tightly constructed rhythm, open-minded approach to production, and a fierce drive to create, a lovechild is born. With a cynical, somewhat industrial approach to jazz which could only be informed by the greyness of the streets of Britain, Ebi juxtapose the skies of their surroundings with an illustrious approach to crafting sound over their abrasive beats, conveying colour and dreariness simultaneously. As staunch anti-traditionalists, they thrive on this idea of contradiction, seeming more inspired by the atmosphere inside a rave than the sounds heard inside Birdland. Their only debt to typical jazz being to attempt to innovate and experiment at every opportunity.” 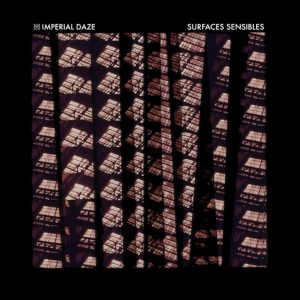 More Daze than Imperial. Thankfully. This London quartet work the hazier side of the street on this sophomore EP, packing their indie psyche-pop with plenty of headnodding grooves, dusty vocals and trippy touches. But don’t mistake their mellow ways for a lack of focus or ambition: The earworm choruses to Man Out of Myself, Minding the Haze and other tracks make it clear they can (and do) deliver the pop-hook goods as well as anybody. THE PRESS RELEASE: “The new EP was co-produced by the band and Rupert Jarvis and was recorded between The Drugstore (The Maccabees studio) and their own studio. A studio they spent most of 2018 building themselves, thanks to a successful crowd-funding campaign and to landing the gig of scoring a big advertising campaign. Built from scratch in a disused giant commercial freezer under a railway arch near Tower Bridge in London, it is now called The Electric Eel Recording Studio, due to the fact that the space was previously used to store eels.”