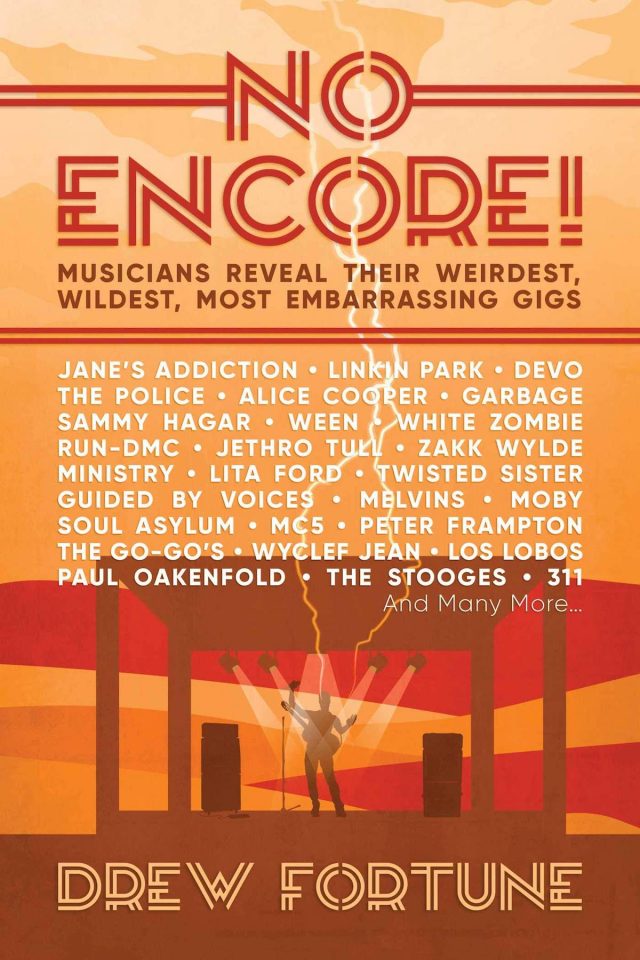 Chances are, if I’m not listening to music or watching it, I’m reading about it. If you’re in the same boat, here are the music-related titles due this week: 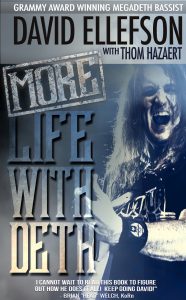 THE PRESS RELEASE: “In this follow-up to his 2013 memoir My Life With Deth, Megadeth bassist and co-founder David Ellefson carries on where he left off, charting his mid-2000s departure from Megadeth through his triumphant return in 2010, and offering an inside look at the continuing saga of one of the world’s biggest and most enduring heavy-metal bands. Co-written with his business partner, Thom Hazaert – a celebrated music-industry figure, radio personality, and music journalist – More Life With Deth chronicles Megadeth’s record-shattering ‘BIG 4’ shows alongside Metallica, Slayer, and Anthrax, and the release of their Grammy-winning Dystopia – their highest-charting record in over 25 years – and the massive two-year world tour supporting it. Far more than your typical rock star tell-all, More Life with Deth also delves deeper into the origins of Megadeth and David’s roots in rural Minnesota, and tells the stories behind the creation of his hugely successful EMP Label Group, Ellefson Coffee Co., and the relaunch of the famed metal label Combat Records, as well as his continued personal journey of spirituality and sobriety. Told through the words of Ellefson, Hazaert, and friends including Alice Cooper, Brian ‘Head’ Welch (Korn), Kristian Nairn (Game Of Thrones), Mark Tremonti, K.K. Downing (Judas Priest), Brian Slagel (Metal Blade Records), Frank Bello (Anthrax), Jason McMaster (Dangerous Toys), Dirk Verbeuren (Megadeth), Kiko Loureiro (Megadeth), Chris Adler (Lamb Of God, Megadeth), Dan Donegan (Disturbed), and many more, More Life With Deth is an insightful and personal look at one of the most revered rock musicians – and preeminent heavy-metal entrepreneurs – of our time.” 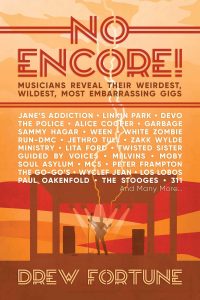 No Encore!: Musicians Reveal Their Weirdest, Wildest, Most Embarrassing Gigs
By Drew Fortune

THE PRESS RELEASE: “Featuring never-before-told stories, No Encore! takes you on tour with over sixty iconic musicians as they relive their weirdest, wildest, most embarrassing gigs.This hilarious, sometimes horrifying, collection spans four decades and chronicles the craziest, druggiest, and most embarrassing concert moments in music history — direct from the artists who survived them. From wardrobe malfunctions to equipment failures, from bad decisions to even worse choices, this is a riveting look into what happens when things go wrong onstage and off. No Encore! is an unflinchingly honest account of the shows that tested the dedication to a dream — from Alice Cooper’s python having a violent, gastric malfunction on stage to Lou Barlow’s disastrous attempt to sober up at Glastonbury, from Shirley Manson’s desperate search for a bathroom to the extraordinary effort made to awaken Al Jourgenson as Ministry was taking the stage. As Hunter S. Thompson famously wrote, “Buy the ticket, take the ride.”