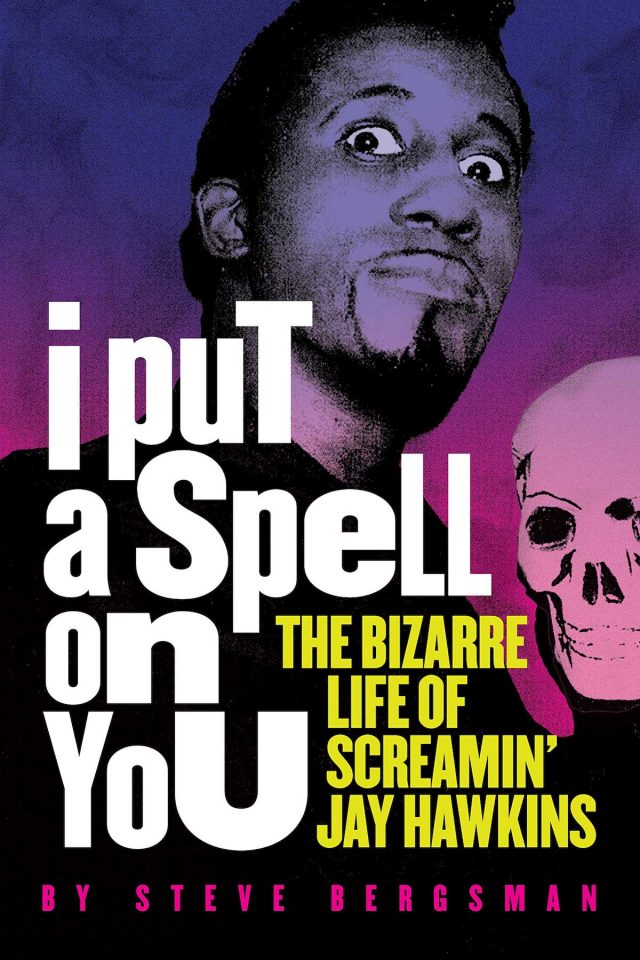 If I’m not listening to music, writing about music, taking about music or watching someone play music, chances are I’m reading about it. You too? Here are some times to add to your list: 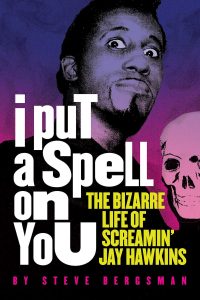 I Put a Spell on You: The Bizarre Life of Screamin’ Jay Hawkins
By Steve Bergsman

THE PRESS RELEASE: “In the annals of rock ‘n’ roll there have been a lot of strange characters, but there probably hasn’t been anyone as bizarre as Screamin’ Jay Hawkins, and this is his story. Known mostly for a single record, I Put A Spell On You, and emerging from a coffin to perform on stage, Screamin’ Jay was a whirlwind performer, lusty singer, prolific songwriter and a man who was total stranger to the truth. Screamin’ Jay Hawkins released I Put a Spell On You in 1956. The song, that never made it to the charts when it was released, would eventually be covered several hundred times by the likes of Nina Simone, Credence Clearwater Revival, and Marilyn Manson; Jeff Beck and Joss Stone’s version even received a Grammy nomination in 2010. It was selected as one of the Rock and Roll Hall of Fame’s 500 Songs that Shaped Rock and Roll and was added to Rolling Stone’s list of The 500 Greatest Songs of All Time. Hawkins’ music and outlandish onstage persona inspired generations of musicians after him. And yet, little is known of the man and little can be taken at face value. Hawkins interpreted his past with a poetic license to kill, a magical amalgam of his own making – creating disparate stories alternatively terrible or sympathetic at his will. I Put A Spell On You brings together hundreds of interviews with Hawkins, his family, bandmates, and contemporaries. For those needing a towpath of truth, footnotes abound to tether you through. Here is Screamin’ Jay Hawkins’ story – mean, heartbreaking, and magic.” 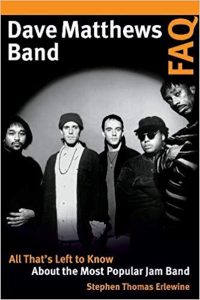 Dave Matthews Band FAQ: All That’s Left to Know About the Most Popular Jam Band
By Stephen Thomas Erlewine

THE PRESS RELEASE: “Dave Matthews Band celebrated their 25th anniversary in 2016, a milestone few bands achieve. How did the group build and retain an audience so devoted that they stuck with DMB through more than a quarter century? Dave Matthews Band FAQ answers this question and many more, exploring the group’s history in detail from a variety of angles. Natives of the college rock circuit of the southern Atlantic seaboard, DMB became part of a close-knit group of similarly minded jam bands that spread across the USA during the 1990s. Thanks to a grassroots following that eagerly traded tapes of live DMB shows, the band cultivated a dedicated fan base that crossed over into the mainstream. Dave Matthews Band FAQ traces this evolution, documenting the culture of Charlottesville, Virginia, at the dawn of the ’90s, detailing the group’s peers and examining their catalog, both live and studio, in detail. Collectively, these chapters explain everything there is to know about the most popular jam band in history.” 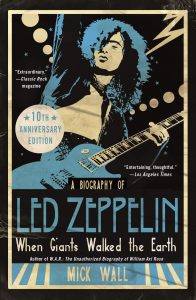 When Giants Walked the Earth 10th Anniversary Edition: A Biography of Led Zeppelin
By Mick Wall

THE PRESS RELEASE: “Rock writer Mick Wall draws on insider access, as former confidante to both Plant and Page, to craft the definitive biography of the world’s most legendary rock band―Led Zeppelin. In When Giants Walked the Earth, Wall audaciously tells the story of the band known not just as one of the biggest-selling bands of all-time, but also as the one that set the mark for on-the-road excess. Detailed and revealing, When Giants Walked the Earth bores into not only the disaster, addiction and death that haunted the band but also into the real relationship between Page and Plant, including how it was influenced by Page’s interest in the occult. Comprehensive and yet intimately detailed, When Giants Walked the Earth literally gets into the principals’ heads to bring to life both an unforgettable band and an unrepeatable slice of rock history. This edition includes approximately 35,000 words of new material about the band and the last decade, featuring fresh interviews and newly unearthed content.” 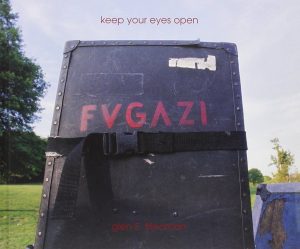 THE PRESS RELEASE: “Fugazi, one of music’s most revolutionary and gloriously indefinable bands, played their first concert on September 3, 1987. The first edition of Keep Your Eyes Open: The Fugazi Photographs of Glen E. Friedman was released by Burning Flags Press exactly twenty years later. This revised edition features brand-new photos and an interview with Friedman and Fugazi singer/guitarist Ian MacKaye. Keep Your Eyes Open presents the best of Friedman’s unparalleled photographic documentation of Fugazi’s members in almost 200 color and black-and-white images captured by Friedman onstage and off between 1986 and Fugazi’s last US concert in 2002.”