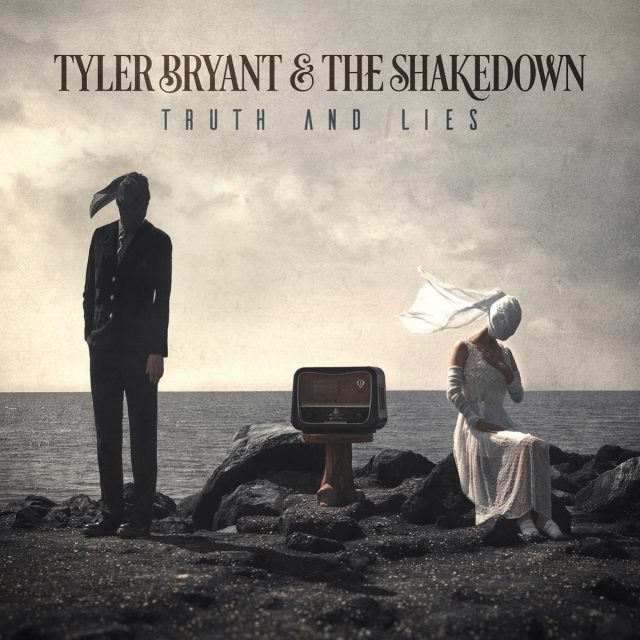 WHO ARE THEY? A bluesy Nashville rock brigade fronted by Texas singer-guitarist and former child prodigy Tyler Bryant, with some major input from guitarist Graham Whitford, son of Aerosmith axe-slinger Brad Whitford.

WHAT IS THIS? Their third album of rough ’n’ ready, two-fisted hard rock and blues, peppered and expanded with touches of roots, funk, Southern rock and more.

WHAT DOES IT SOUND LIKE? In many ways, like almost every other bluesy hard-rock band in existence. But a couple of things set them apart: 1 | They make the most of Whitford’s heritage — tons of these riffs, melodies and choruses sound like Aerosmith: TNG, and 2 | They wisely and decisively lean toward arena-ready hard rock instead of 12-bar slide-guitar laments.

WHAT WOULD BE A BETTER TITLE FOR THIS ALBUM? Chips Off the Old Rock. Or maybe Rock This Way.

HOW SHOULD I LISTEN TO IT? If you aren’t drinking beer, you’re doing it wrong.

WHAT ARE THE BEST SONGS? Drive Me Mad could be an outtake from Toys in the Attic or Rocks, but for Bryant’s slightly deeper and twangier Texas vocals. Looking for something a little rootsier and bluesier? Try Ride, Judgement Day or Out There.

WHAT WILL MY FRIENDS AND FAMILY SAY? ‘I remember these guys! We heard them while we were standing in line for beer when they opened for Guns N’ Roses.’

HOW OFTEN WILL I LISTEN TO THIS? After a couple of spins, you’ll probably be done.

IF THIS ALBUM WERE A GUITAR, WHAT KIND GUITAR WOULD IT BE? An imitation Les Paul that sounds almost exactly like the real thing. Emphasis on almost.

SHOULD I BUY, STREAM OR STEAL? Steam this one and see if they do better next time.