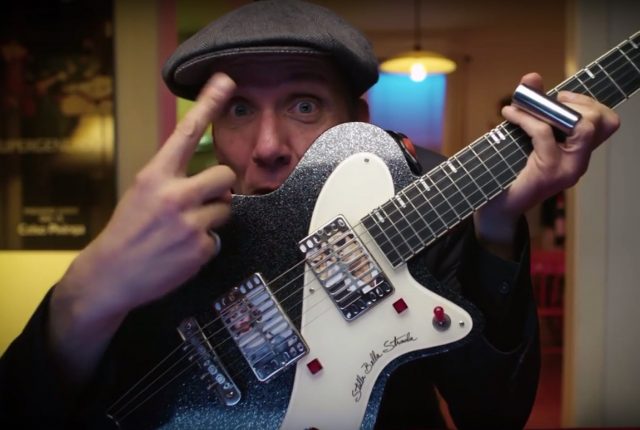 Kevin Breit dishes up a tasty Italian appetizer from his new album with the single and video Stella Bella Strada — premiering exclusively on Tinnitist.

“So, this is where the road trip starts: Andy McNeill, longtime friend, supplied me with some all time groovy Chamberlin and Optigan drum loops, which, in themselves, ooze so much character and vibe. I knew I wanted to make a large ensemble, slide guitar recording, so my writing would have to support such a treatment and contain all the U-turns and detours I associate with this type of music.”

“There are two busloads of my musical friends playing and singing on Stella Bella Strada and it brought me great joy to have them all aboard,” he says. “I wore several hats: Producer, engineer, mixing and mastering. What I know of these things really is somewhat laughable but I loved every crazy second of it. I am hoping for this: When you listen to Stella Bella Strada, at the very least, you will hear me smiling.” 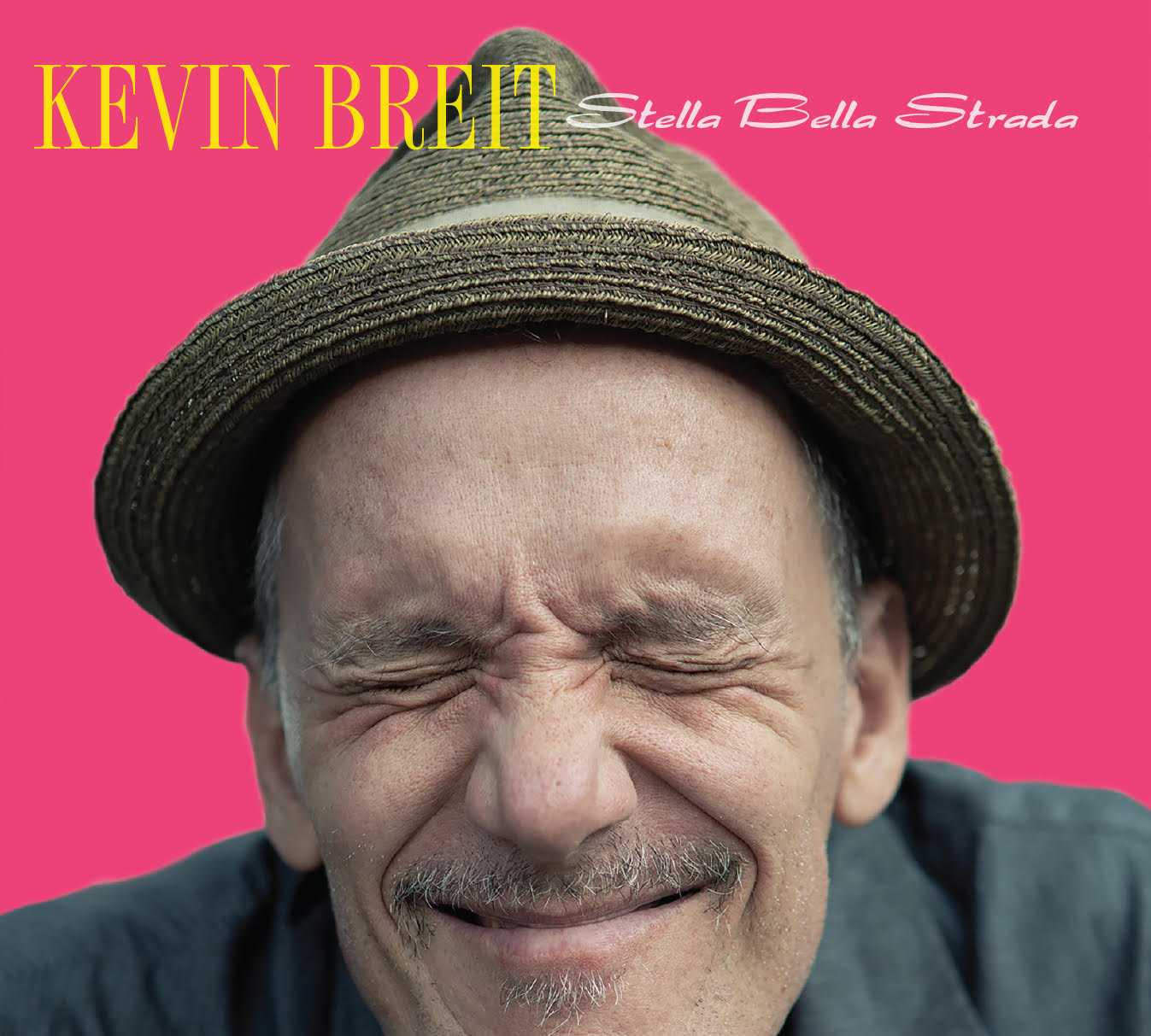 He has plenty to smile about. Long heralded as one of the most innovative and enigmatic guitarists Canada has produced, Breit is at home performing jazz, blues, world and more, making him one of the most in-demand guitarists in North America. He has worked with Norah Jones, Rosanne Cash, k.d. lang, Hugh Laurie, Holly Cole, Amos Lee, Jane Siberry, Molly Johnson, Serena Ryder, Natalie McMaster, Jane Bunnett, and many others. Along the way, he’s won two Junos for Best Instrumental Recording (Sisters Euclid and Stretch Orchestra), a National Jazz Award for Best Electric Jazz (Sisters Euclid), a Gemini for Best Television Performance (Joni Mitchell Songwriter Hall of Fame Concert) and a Maple Blues Award with Harry Manx for Acoustic Act of the Year. 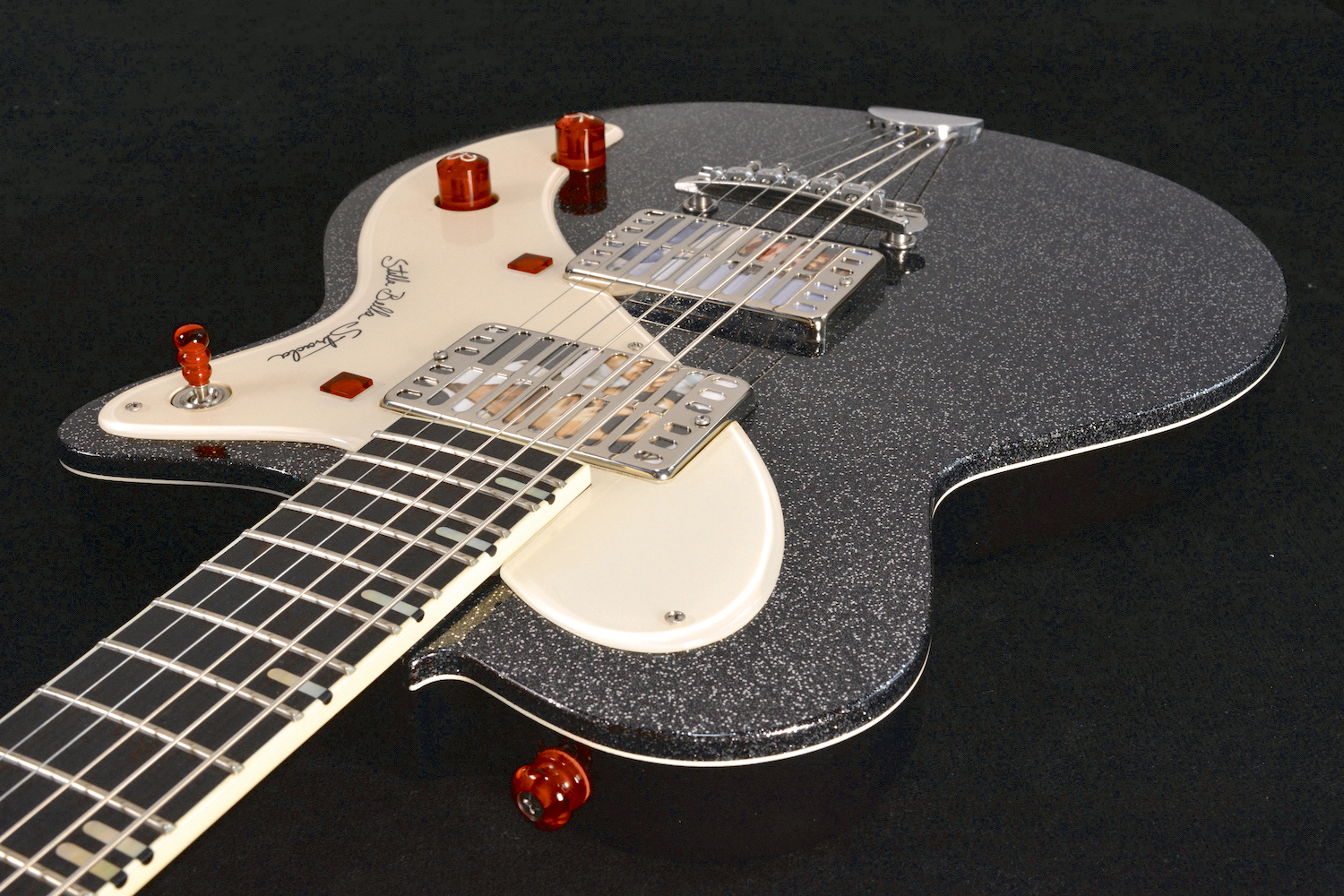