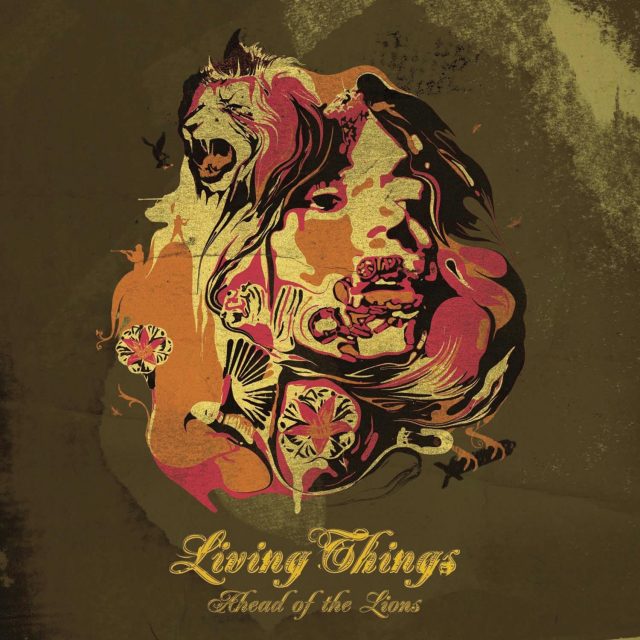 Rock ’n’ roll is a fickle bitch. Always has been. Always will be. For every immortal album that sells a jillion copies and wins a shit-ton of awards, there are countless works of genius and greatness that slip through the cracks of time, get swept under the rug of history and languish in undeserved obscurity forever.

If I were going to make a list of those albums, The Living Things’ Ahead of the Lions would surely be right at the top. Released in 2005 after a few EPs and an indie album, the St. Louis band of brothers’ major-label debut was a minor masterpiece that straddled and blurred the lines between grunge, glam, punk and metal. Recorded by Steve Albini, it’s basically one part Iggy, one part Nirvana, one part Rolling Stones and one part Marilyn Manson: The beats and big and powerful, the riffs are razor-sharp and aggressive, and singer Lillian Berlin’s vocals move from croaking menace to throat-busting mania as he spews nihilistic, paranoid lyrics about guns and war and government and God and love. Check out the opening track Bombs Below — a perfect grunge-rock firecracker from stem to stern — and tell me it shouldn’t have been a massive hit. Then listen to dark gems like I Owe, Bom Bom Bom, Monsters of Men, On All Fours and No New Jesus (some videos are immediately below, and you can stream the whole disc at the bottom of this post). Then ask yourself: Why didn’t this album go platinum?

Ultimately, your guess is as good as mine. But based on what I’ve read and recall from the time, the band fell victim to the usual combination of bad luck, bad deals, bad timing and bad decisions. One record label went belly-up; another dropped them because they were supposedly hard to handle. There were reports that Lillian was setting fires onstage. I don’t know about that. But I did see them at SXSW around this time, and they were disappointing, not dangerous. If I remember correctly, it took me a few tries to catch them: They had failed to show for their nighttime sets, and ended up playing a daytime showcase on a tiny stage — hardly an ideal setting. Lillian was wearing some white-leather (or maybe PVC) outfit and a cowboy hat; he just looked silly, like somebody in a ball gown at a BBQ. Their performance was OK, but they just didn’t seem like they had their act together.

After that, they more or less vanished. They put out one more album — 2009’s Habeas Corpus, which is basically a pale imitation of Lions (though it does have its moments) — before calling it quits in 2011. Lillian also composed the soundtrack for The Runaways movie directed by Canadian filmmaker Floria Sigismondi, who has made all their videos and continues to work with him (I think she and Lillian are — or at least were — a couple).

Since then, Lillian Berlin has come out as gender-fluid, reverted to their real name Lawrence Rothman and become a soulful singer-songwriter and crooner reminiscent of Anohni. Their EDM compositions and intimately personal lyrics are a complete 180° from Living Things — but ironically, it seems to be more popular, if Spotify play counts for Rothman’s 2017 album The Book of Law and his 2018 EP I Know I’ve Been Wrong, But Can We Talk? are anything to go by. That’s nice to see — though for me, Living Things will always be one of those bands that never got their due. Hear both their albums below, along with Rothman’s LP and EP.