Two decades ago, new albums from Old 97’s, Mandy Barnett, Naughty by Nature and others were spinning away in my portable CD player. Here’s what I had to say about them back then (with some minor editing): 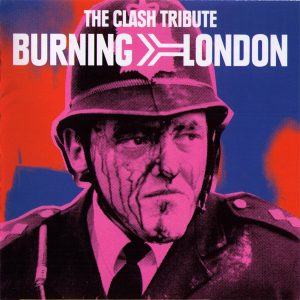 Back when they were leading the original punk-rock charge in the late ’70s and early ’80s, The Clash were hailed as “the only band that really matters.” Well, times have changed. Now, it seems they don’t even matter enough to warrant a decent tribute CD. At least, not if the disappointing Burning London is any indication.

With a mere 12 tracks over 40 sparse minutes, Burning London is hardly an extensive eulogy for the men who wrote White Riot, Career Opportunities, Know You Rights and Guns Of Brixton. And with a lineup of mostly second-tier alt-rockers — No Doubt, Afghan Whigs, Silverchair and the like — it’s hardly the star-studded affair it should be. Nor is the set list particularly exciting, skewing heavily towards the expected (Train In Vain, Should I Stay Or Should I Go) but completely ignoring their second album and best songs (no London Calling, no Stay Free, no Tommy Gun).

What gives? Well, ironically, part of the problem may be The Clash’s sterling reputation — Joe Strummer, Mick Jones, Topper Headon and Paul Simonon were the only band from the first wave of British punks who not only survived into the ’80s, but also managed to thrive, evolving into one of the world’s most successful and critically acclaimed acts without selling off their integrity to the highest bidder. As such, they’ve always been treated with an almost ridiculous reverence — in other words, it’s not that they don’t matter, but that they still matter too much to tamper with.

That’s the sense you get from too many of Burning London’s tracks, which are unimaginative, chip-off-the-old-rock duplications of the originals. Take Rancid, who fastidiously recreate Cheat as precisely as a Xerox machine (and as precisely as some might say they’ve been aping The Clash for their entire career), as if changing one syllable would be sacrilege. Or No Doubt and The Mighty Mighty Bosstones, who turn in predictable renditions of predictable tracks like Hateful and Rudie Can’t Fail. If their versions are pointlessly reverent, others are just pointless. How do Third Eye Blind, 311 and The Urge warrant being here at all, never mind being entrusted with tunes like Train In Vain and White Man In Hammersmith Palais?

Still, some folks get it: The Indigo Girls strip Clampdown down to the folk protest song at its core, Cracker turn White Riot into a riotous hoedown, Moby takes an electronica excursion Straight To Hell, and whether you like them or not, you have to give Ice Cube and Mack 10 props for their gangster-rap take on Should I Stay Or Should I Go?, which shares only a sample and a title with the original. It’s these bands, not the clone rangers, that pay The Clash the real tribute, by following the true spirit of punk rock: Making your own rules and not bowing to rock cliche.

That’s what The Clash did — and that’s why they mattered. 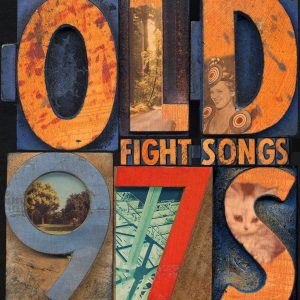 Pop goes the twang on Fight Songs, the sophomore CD from Dallas insurgent country quartet Old 97’s. That’s not fight as in rah-rah; it’s fight as opposed to love. This time out, singer-guitarist Rhett Miller turns down the cowpunk blare and turns up the wistful melodies, grafting tender Flying Burrito Brothers romanticism on to breezy Eagles riffs while conjuring Flo & Eddie’s harmonies and The Kinks’ twee brilliance at the same time. And he uses it all to help craft and spin unforgettable lines like “I’m leaving myself open to a murder or a heart attack / But I’m leaving the back door open till you come back” in an ode to a lost cat. How can you fight that? 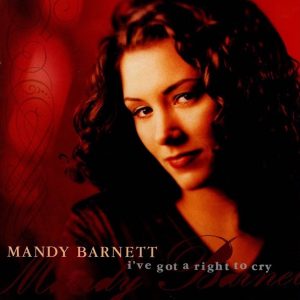 Mandy Barnett
I’ve Got A Right To Cry

With her spellbinding voice and Grand Ole Opry leanings, Mandy Barnett is being hailed as the new Patsy Cline. Her second CD — the last album produced by legendary Cline collaborator Owen Bradley before his death — aims to cement that rep. Along with jaw-dropping torch ’n’ twang, Barnett also has the same subtle combination of on-her-sleeve emotionalism and sophisticated vocal mannerism that have kept generations of fans crazy over Cline. Tunes by old-school Nashville vets like Porter Wagoner, Don Gibson and Felice and Boudleax Bryant don’t hurt either. 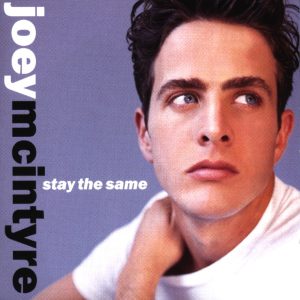 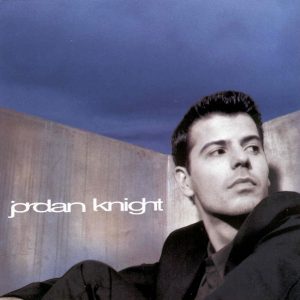 If the two names above don’t ring a bell, you weren’t a teenage girl in 1990. Joey McIntyre and Jordan Knight, you see, were both members of New Kids On The Block, the prototype for today’s endless procession of clear-voiced, clear-skinned teen idols. Here, these older Kids try to show they’ve learned a few new tricks. And Jordan has. On his eponymous debut, he comes off as The Artist Formerly Known As Knight, tossing off a set of booty-slapping funk and urban hang-suite soul produced by (who else?) Jimmy Jam and Terry Lewis. But while Jordan parties like it’s 1999, Joey is stuck in 1989. Not only is Stay The Same the closest thing you’ll find to a New Kids reunion — bandmates Donnie Wahlberg and Danny Wood both crop up — but the title pretty much sums up his game plan on this hour-long recreation of the sort of witless pop and soulless pap NKOTB churned out on the first go-round. Grow up, Joey. 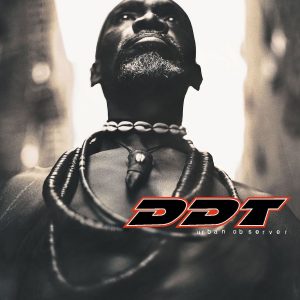 This Vancouver quintet is the first band signed to Lars Ulrich’s new TMC (The Music Company) vanity label. Which is about as much as these pretty-boy power-popsters have to do with Metallica. Really, DDT are just another bunch of pre-fab post-punks armed with the typical array of rewarmed Chili Peppers backbeats, leftover Korn riffs and smarty-pants novelty songs — like Hey Steve, about the Six Million Dollar Man. Toss in some ska-punk skank and rap-rock rowdiness and you’ve got a band that packs a punch, but is nowhere near as lethal as its name. 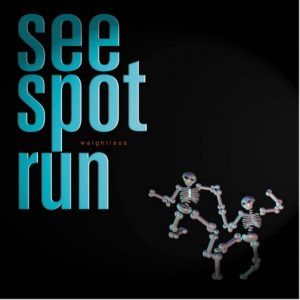 There’s no denying that these journeymen rockers have their finger on the pulse of the pop nation — most of the dozen tracks on See Spot Run’s second CD are so finely crafted and laden with razor-sharp, radio-ready hooks, you’d swear you’ve heard them before. Which actually ends up working against this Canuck foursome. Competent craftsmen all, they can easily whip off the big-rock anthem. Or create a perfectly chilly, electronica-tinged excursion. Ditto for their way with grungy power-pop. Or bouncy Britpop. But sometimes, Weightless feels like they’re recreating somebody else’s songs instead of creating their own. What’s missing here is that spark of divine inspiration that separates good songwriters from the great ones. 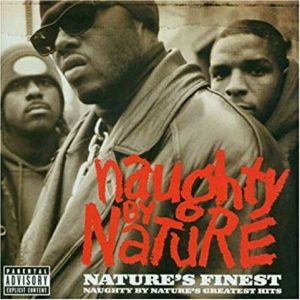 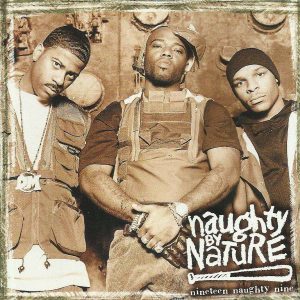 Fans of this veteran hip-hop trio haven’t been seeing double in the record store lately; thanks to duelling labels, Naughty By Nature really do have two new CDs out simultaneously. Well, sort of. The first one, Nature’s Finest, is a greatest hits disc, jam-packed with classic cuts like Hip Hop Hooray, O.P.P. and 1,2,3, fleshed out with soundtrack cuts and remixes. The other, Nature’s Fury, is their first new album in four years, featuring their trademark lyrical bravado, new jack swing groove and guest spots from Big Pun and gangsta rap mogul Master P and his No Limit soldiers. Whether you prefer original flavour or new and improved, you can’t lose. 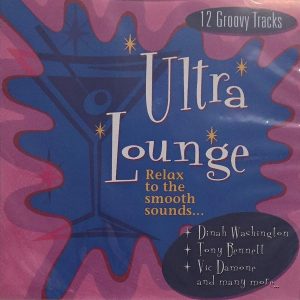 Apparently, nobody told these cats the whole cocktail-exotica-space-age-bachelor-pad-tiki-torch trend is like, deadsville, daddy. But if they keep putting out CDs like this, here’s hoping they never catch on. Like a previous leopard skin-wrapped outing, this faux bamboo-covered affair is a pu-pu platter of pure pop kitsch, from Peggy Lee’s swingin’ Boy From Ipanema to the neurotic exotic of Martin Denny and the bird-brained bongo-beats of Tino Contreras’ Brazil. All you need is the umbrella for your drink. 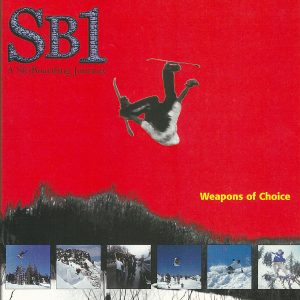 SkiBoarding, we are told, is the cool new extreme sport that combines the fast-paced thrills of skiing and snowboarding. Fittingly, this sports documentary soundtrack combines two extreme musical styles: the cool danger of gangsta rap (album cuts from the likes of Master P and Mo Thugs) and the rip-snorting speed of punk (previously released tracks from bands such as Pennywise, Sublime and NoFX). With only a couple of new songs — an unreleased Kurupt track and a cut from Gob’s upcoming album — SB1 may not be as adventurous as flying down a mountain. But it’s undoubtedly a lot cheaper — and safer. 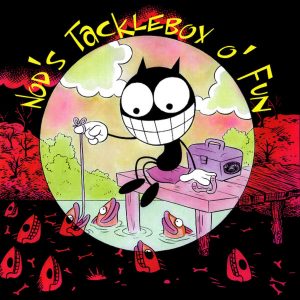 Fishing in the record bins for compilations is a lot like angling for real — often you end up with nothing; sometimes all you snag is an old boot. But Nod’s Tacklebox O’ Fun is a trophy catch: 17 pop singles like MmmBop, Just A Girl and Lovefool, cunningly reworked by underground industrial and synth-core bands such as Hexedene and Hate Dept. You Spin Me Round (Like A Record) gets ground into fresh meat, TLC’s Waterfalls gets a touch of NIN fire, and Diamonds Are Forever gets recut by an alien lounge band. Don’t let this sucker be the one that got away. 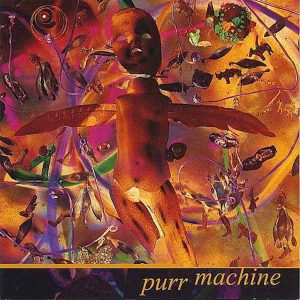 In the aftermath of Alanis-mania, it seemed like every female vocalist with a big voice and a bigger therapy bill got a record deal. Well, all except one — and as usual, the major labels missed the best of the bunch. Meet L.A. singer Betsy Martin, singer for sinister electro fiends Purr Machine. As the two blokes behind her crank out delirious fever-dreams full of brooding synths and throbbing rhythm, Martin keens like a qawwali queen, bellows like Grace Slick feeding her head and conjures up enough angst in a single syllable to send Alanis cowering in the corner. She’s somebody you oughta know. 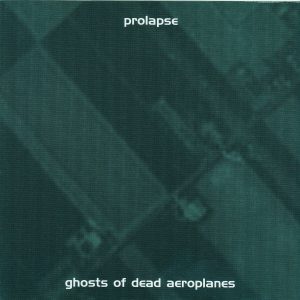 Listening to the irresistible idiosyncrasies of post-punk freaks Prolapse makes you feel like one of those cartoon characters with an angel on one shoulder and a devil on the other. On any given tune, in one ear, chanteuse Linda Steelyard seductively croons about “lonely nights and telephone hiss” — while simultaneously, in the other ear, demented Scot Mick Derrick rants and raves in his Trainspotting brogue about septic tanks. Meanwhile, underneath the bickering, the band churns out wide swaths of angular, dreamy post-punk inspired by The Fall. It’s as disconnected and disconcerting as it sounds — but also more wondrously captivating than you could imagine.