Two decades ago, new albums from Tom Waits, Mike Ness, Robert Pollard, George Thorogood and others were spinning away in my portable CD player. Here’s what I had to say about them back then (with some minor editing): 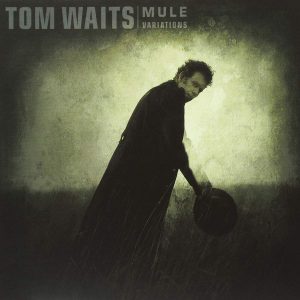 “My wife says I have two kinds of songs: Grand weepers and grim reapers,” rasped twisted troubadour Tom Waits last month during his first show in eight years at the South By Southwest Music Festival in Austin, Tex.

The gravel-voiced, Kramer-haired legend got no argument from the 1,600 rabid fans (including your humble scribe) who were lucky enough to score tickets to the gig. And he’ll get none from fans who hear his long-awaited, magnificent CD Mule Variations, his first album in six years and his debut for the punk label Epitaph.

No, Tom hasn’t gone hardcore. But the reclusive singer has found a perfect home at the indie outfit — a place far off the beaten track, where he can root around in the dusty attic, stretch out on the back porch in a creaky rocker, howl all night with The Eyeball Kid and Little Joe From Kokomo and bang away to his heart’s content.

And bang and howl he does. The demented thwacking that kicks off Mule Variations — it sounds like somebody beating holy hell out of a steamer trunk with a hunk of lumber — is instant proof that Waits may have been gone, but he hasn’t forgotten. The track it leads into, Big In Japan, is a grim reaper if there ever was one: A clanking, Beefhearty stomper with a grunting, groaning, grumbling Waits skewering his own supposed celebrity: “I got the clothes / Ain’t got the face … But hey, I’m big in Japan.”

Actually, in his 30-year career, Waits has made fans everywhere — and in its 70 stunning minutes, Mule Variations has enough variation to please them all. Japan and Filipino Box Spring Hog will satisfy the grim reaper crowd; the jackknife guitar and nursery rhyme field-holler of Cold Water is perfect for Heartattack & Vine fans; the dark, flowing beauty of Hold On will charm Downtown Train lovers; and the spoken-word weirdness of What’s He Building seems geared for folks who want to know the next chapter in Frank’s Wild Years.

But Waits’ greatest strength has always been the grand weeper. Nobody can squeeze a heart like he can. And he gets more chances than a cardiologist here on rough-hewn-yet-elegant ballads like House Where Nobody Lives and Georgia Lee, where he somehow transforms that chainsaw throat into a plaintive howl straight from his soul.

Listening to these tracks, you realize Waits’ wife was wrong. He doesn’t have two kinds of songs. He only has one: Masterpieces. 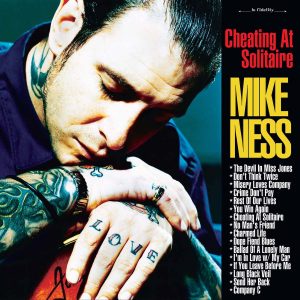 Social Distortion frontman Mike Ness has always been a troubadour trapped in a punk rocker’s body. Here, he finally owns up to his jones and offers up an hour’s worth of original rootsy rockers and classic covers (Bob Dylan’s Don’t Think Twice, Hank Sr.’s You Win Again) with the help of everyone from Brian Setzer and X’s Billy Zoom to the big Boss man himself, Bruce Springsteen. But even if Ness has moved up, don’t think he’s sold out — he delivers these simple tales of junkies, outlaws and love gone bad with the same gruff rasp and tattooed passion as his punk blasts. 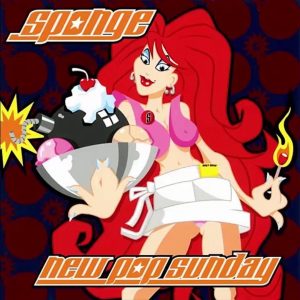 After looking like The Next Big Thing with ’95’s Rotting Piñata, these Detroit mod-rockers seemed to lose their steam. They still haven’t found it — in fact, for most of their third album New Pop Sunday, they also seem to have lost their amplifiers. Pop is the operative word here. Most of these 12 tracks abandon any pretense of heaviness and opt for mid-tempo wimp-rockers with ringing guitars and drearily earnest lyrics. By the time they find the Marshalls and rock out for the final few tunes, it’s too little too late. Sponge is all wet — and ready to be wrung out to dry. 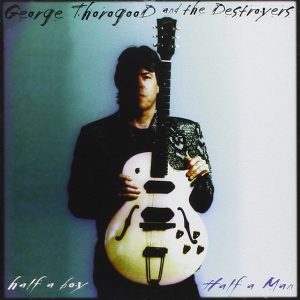 George Thorogood & The Destroyers
Half A Boy / Half A Man

In today’s world of overprocessed, distilled, diluted music, you can always count on George Thorogood for a straight, 200-proof shot of last-call-be-damned blues-rock. And on his umpteenth album, George and his long-serving backup band deliver all the Chuck Berry and Willie Dixon covers you’d expect — although they also mix things up with a hit of frat rock (The Swingin’ Medallion’s Double Shot Of My Baby’s Love) and Nick Lowe Britpop (the Tex-Mex-tinged title track). No matter how they serve it up, though, it all packs a wicked punch. 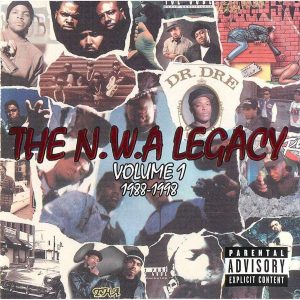 Comin’ straight outta Compton / Eazy-E, Dre, Ren, Yella and Ice Cube / Collectively known as N-words With Attitude / Gangster rap pioneers, they were never commercial / But they were influential, controversial / This double-CD rekindles their embers / With remixed hits and new tracks from members / They blazed a trail for rappers-to-be / From Snoop to ’Pac, even Master P / So give them credit, or maybe the blame / But just remember: Their raps were never this lame. 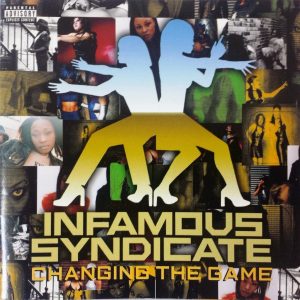 Up-and-coming Chicago rap duo Infamous Syndicate has a famous lineage — one member is the daughter of blues legend Buddy Guy. But Changing The Game has nothing to do with the blues, unless you count the blue language. This is hard-knuckle gangster-rap of the roughest, toughest variety, with Rashawnna and Lateefa trading blistering, motor-mouthed sassfests over a steady rolling bed of head-bobbing hip-hop. Still, Buddy must be proud — he lends his sizzling six-string work to a couple of these tracks. 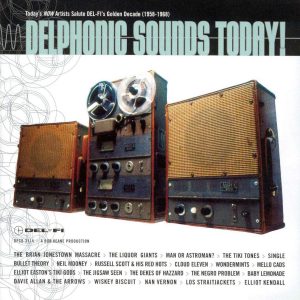 What do Bobby Fuller, Ritchie Valens, Frank Zappa and Barry White have in common? At one time, they all recorded for L.A.’s Del-Fi Records. The original DIY label celebrates (and rejuvenates) its eclectic, 40-year-deep catalog by getting some hot indie bands to tackle its coolest cuts. Like The Brian Jonestown Massacre, who stretch I Fought The Law into a droning, psychedelic outtake from Their Satanic Majesty’s Request. Or The Liquor Giants, who strut their stuff on The Hippy Hippy Shake. Or Los Straitjackets, Cars guitarist Elliot Easton, Man Or Astroman? and a dozen more acts that hang 10 to classic surf-rock or reupholster space-age bachelor pad exotica. With this, Del-Fi proves there’s life after 40; here’s looking forward to the next four decades. 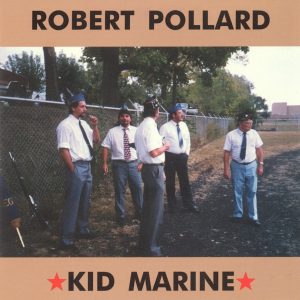 As prolific artists go, Guided By Voices’ kingpin Robert Pollard makes Stephen King look like a slackass. Months after his last solo set — and just before his band’s major-label debut — Pollard has delivered yet another batch of garage-rock gems. All the touchstones are in place: The British-invasion accent and vibe, the wigged-out lyrics, the lo-fi hiss. But as he metamorphoses from indie-rock god to full-fledged rock star, Pollard is also evolving as a songwriter, eschewing his trademark song snippets and experimental weirdness for focused, fully formed songs. At this rate, his next album — heck, he’s probably already knocked one off over the weekend — should be magical. 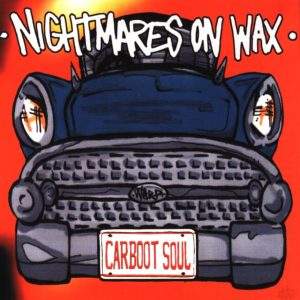 Nightmares? More like sweet dreams. U.K. deejay George Evelyn takes the tech out of techno with this cool followup to 1995’s Smoker’s Delight. Actually, his style this time out is more like trip-hop — as played by Quincy Jones, perhaps. The addition of a full band to his loop-and-sample arsenal means that for every chilly, ambient action, there’s a warm, soulful reaction: The precise drum machine anchors a fatback bass and swingin’ organ, and the freeze-dried sounds rub up against live vocals. If you dig the notion of Curtis Mayfield getting down with Portishead, Carboot Soul packs a trunkful of funk. 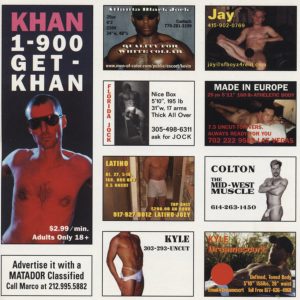 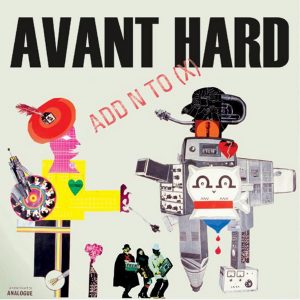 Are they not men? Well, no, actually they’re two men and a woman. But self-proclaimed London “synth terrorists” Add N To (X) are as beautifully mutated as those Spudboys Devo. On their first album, On The Wires Of Our Nerves, they violently mind-melded with their Moogs, raging against the machines to wrench dark, squealing cacophonies of electronic agony. Now, it seems the humans have tamed their charges enough to elicit the occasional go-go Devo groove or breezy Kraftwerk workout, creating twisted cartoon soundtracks and jingles for products from other dimensions. But when the machines rear up — and they often do — Avant Hard plunges back into a dungeon where Throbbing Gristle battles Stereolab while David Cronenberg gets it all on video. 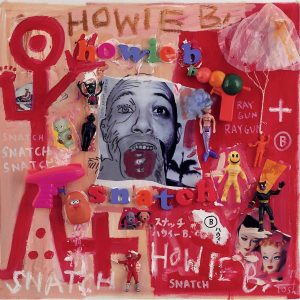 No, he’s not one of the Backstreet Boys. Howie Bernstein is the remixmaster to the stars — he’s produced or reproduced tracks for U2, Björk, Tricky, Brian Eno and more. Snatch, his third solo effort, lives up to its title in more ways than one: Not only does audio kleptomaniac Howie grab samples from everywhere — driving post-bop drums, gurgling synths, Mexican salsa — he cuts them down to the briefest snippets, stitching and looping them into tracks that are less songs than pointillist paintings where texture and juxtaposition replace melody and groove. Free your mind and you’ll find Snatch contains more than a few snatches of genius.