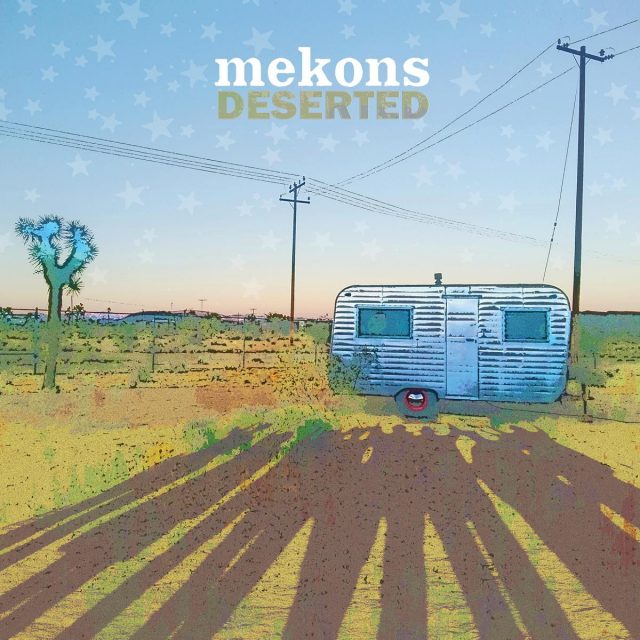 California, here they come. Light-years where they started from. Legendary British musical collective The Mekons recorded Deserted, their first new album of original material in eight years, at bassist/producer Dave Trumfio‘s Joshua Tree studio. Perhaps unsurprisingly, the striking surroundings influenced the sound and substance of the disc, resulting in a loose concept album filled with songs like Lawrence of California, How Many Stars?, Mirage and In The Desert. But fear not; Jon Langford, Sally Timms, Tom Greenhalgh, Lu Edmonds and the rest of this long-serving octet aren’t morphing into Calexico just yet. While it does have a dustier, more western vibe than its predecessors, Deserted is still rooted in their dual comfort zones of raucous post-punk and rollicking alt-country — flecked with blues, reggae, girl-group pop, Kurt Weill and Bertolt Brecht, folk balladry, sea shanties and whatever else strikes their creative fancy. And no matter how much time they spend in the great outdoors, they can’t keep themselves from taking a better-late-than-never potshot at George Dubya and Tony Blair over the Gulf War. Just think of it as Operation Desert Strum.