Two decades ago, new albums from Olivia Tremor Control, Joe Henry, Low, Alejandro Escovedo and others were spinning away in my portable CD player. Here’s what I had to say about them back then (with some minor editing): 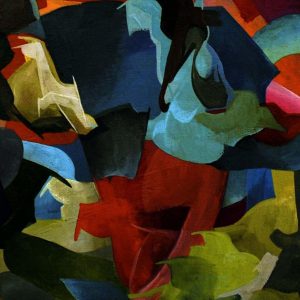 Picture yourself in a boat on a river … Now picture John, Paul and George battling Brian Wilson, Frank Zappa and Marc Bolan for control of the wheel. Then toss in an hour of cotton-candy harmonies, freak-out sonic experiments and elegantly surreal pop and you get a sense of what’s packed into Olivia Tremor Control’s overwhelming sophomore album. More than two years in the making, these 27 psychedelic trips are divided into four movements like a luscious multi-part soundtrack to a dream — “a way to animate the sounds we hear inside” our subconscious, they say. To that end, these sunshine supermen use everything from toy pianos to orchestral strings, all woven into arrangements that would impress George Martin. Brilliantly complex and playfully poppy, Black Foliage is a White Album for the ’90s. 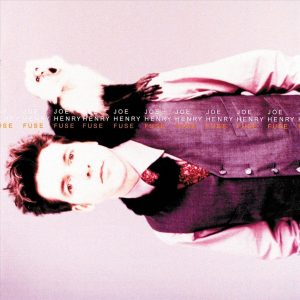 The front and back covers of idiosyncratic troubadour Joe Henry’s latest album show him a) with an actual monkey on his back and b) literally crying over spilt milk. Cliches aside, that pretty much says it all; obsession and regret figure heavily on his second CD Fuse. Like a more soulful Tom Waits, Joe — who also happens to be Madonna’s brother-in-law — wears his heart on the sleeve of his thrift store duds, using his stage whisper of a voice to spin abstract tales starring a cast of simians and carnies and set in a world where trip-hop meets folk-pop. And he shares Waits’ way with words; when Joe’s angels talk to him, they say, “Be still you wretched little freak / Give us milk you little pig.” No wonder he’s crying. 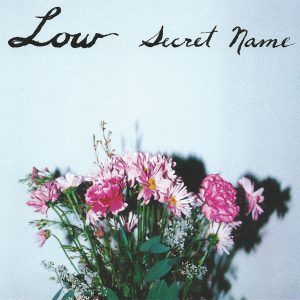 Cowboy Junkies sound like speed freaks next to Low, the Duluth, Minn., trio that takes minimalism to the max: Theirs sound is an amalgam of tortoise-slow tempi, molasses melodies and songs that ebb and flow with the speed and subtlety of tides. On their Steve Albini-recorded fifth album Secret Name, they expand musically with some strings, piano and kettle drums — and even a buzzing drone or two — but the bedrock of their sound remains the sensitive, elegantly soothing interplay between the bass, drums and guitar. It’s so glorious it makes you wonder why everybody else is in such a rush. 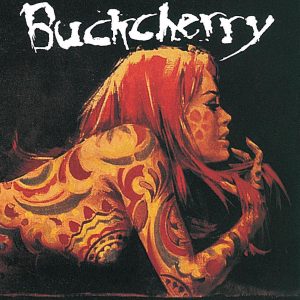 ‘Hello, (insert your city’s name here)! Are you ready to rock?! Here’s the hottest band in the land … Buckcherry?!’ Believe it, bub. This L.A. quintet is cocked, loaded and ready to let loose with a sweaty, steaming batch of high-octane sleaze that flips a much-needed bird to the politically correct ’90s. And with the help of producer and ex-Sex Pistol Steve Jones, their debut disc is a holy terror that worships at the altar of the heavy metal trinity — sex, drugs ’n’ rock ’n’ roll. We’re talking squealing glam rock guitars, thundering rhythms and leather-lunged singer Joshua Todd leering and sneering lines like, “I love the cocaine, I love the cocaine.” Gene and Paul, Steve and Joe, Axl and Slash; they would all be proud — except they’re probably green with envy. 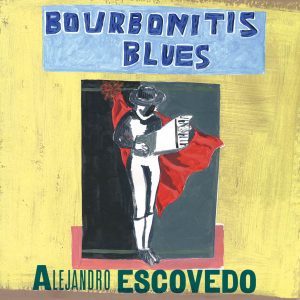 Austin singer/guitarist Alejandro Escovedo’s career has gone through more personality changes than Roseanne interviewing Sybil — he’s been a cowpunk with Rank & File, a plain ol’ punk with The Nuns, a roots-rocker with Buick MacKane and a Tex-Mex troubadour on his solo albums. But with his latest release, he’s found a way to cram them all onto one disc without sounding schizophrenic. Over nine tracks recorded across the U.S., Bourbonitis Blues alternates rough-and-tumble rockers (like the Stones country honk of Guilty) with tender ballads and originals with inspired covers (like a bleakly elegant reading of the Velvet Underground’s Pale Blue Eyes). But no matter how much he mixes it up, you get the feeling Escovedo is finally just being himself. 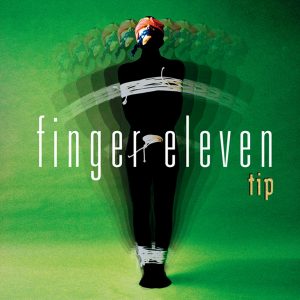 If you’re feeling deja vu after spotting this disc in the stores, don’t worry. You’re right, you have seen it before. This CD from the former Rainbow Butt Monkeys was originally released last year, but quickly vanished. Since then, though, they’ve switched labels, so here it is again — with the addition of one new track. Unfortunately, that’s not enough to keep the rest of Tip from sounding somewhat dated. This is 40 minutes of vintage mid-’90s rock: Paranoid, claustrophobic heaviness from the same Nine Inch Nails fakebook Stabbing Westward bought, and mile-wide riffs and big drums that recall the glory days of Pearl Jam and Soundgarden. We’re glad Tip is getting another chance; still, we’d rather hear what Finger Eleven sound like now. 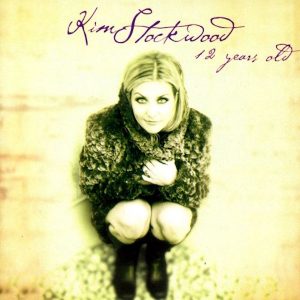 Remember little Kim Stockwood? Voice like an angel, mouth like a sailor, recorded that novelty song Jerk years back? Well, since then she’s come a long way, mofo. In the time since her debut CD Bonavista, Kim’s grown into a serious singer/songwriter. And the intelligent pop of her sophomore CD — co-written with everyone from Randy Bachman to Glen Tillbrook — is brimming with her newfound maturity and depth: These 13 tracks ring with honest emotions, thoughtful lyrics and mature themes like vulnerability and isolation. Maybe a bit too mature at times; this disc sure is less fun than her last one. Still, any woman who says she believes in “karma, Zen and upside-down tequila shots” hasn’t totally lost her sense of fun. 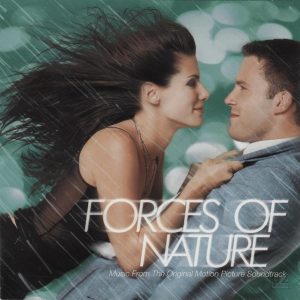 What better way to illustrate a romance movie based on a quirk of fate — an airplane crash that brings Sandra Bullock and Ben Affleck together — than with quirky covers that marry new artists to classic love songs? It’s so simple, it just might work. And, for the most part, it does. U2 giddily embrace the disco chestnut Everlasting Love, Chris Tart tarts up Love The One You’re With, and Brit shoegazers Swervedriver jumpstart The Who’s Magic Bus. Besides the celebrity matchmaking, this collection of love notes features the usual assortment of album tracks (Gomez, R.L. Burnside) and no-names (Blue Boy?) — along with one name to watch for — Faithless, whose teasing, achingly slow sex-rap If Loving You Is Wrong is practically a force of nature all by itself. 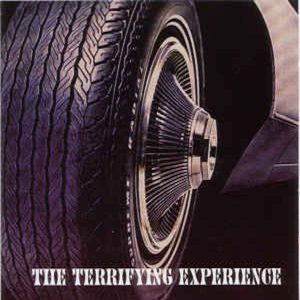 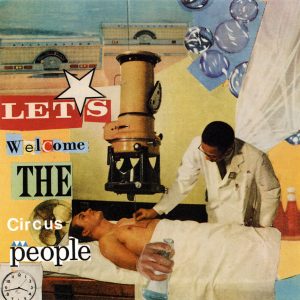 Now that indie-rock god Robert Pollard of Guided By Voices has hired a new crew and gone off to record a major-label album and be a rock star, it’s up to the band’s former members to carry the garage-rock torch. Thankfully, these two post-GBV releases — one from guitarist Tobin Sprout and the other from bassist Mitch Mitchell’s new outfit — are more than up to the job. Both of them tap into the same rich vein of rock gold that GBV mined: the abstract lyrics (“Snakes are arrows of the moon,” suggest T.Ex.; “Smokey Joe seems to jester to wounds that fester,” rhymes Sprout), the same British Invasion foundation, the same lo-fi production, the same ringing guitars and soaring vocals. But if Mitchell has his old band’s rock ’n’ roll heart beating in his chest, Sprout has custody of its sensitive soul. While T.Ex. revels in garage-rock thunder, he prefers Beatlesque pop; when Mitchell flails away at a power chord and a raucous chorus, Sprout responds with a gently strummed guitar and a perfect harmony. Mix them together on a tape and you’ll have one of the best albums GBV never made. 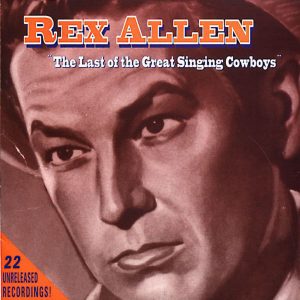 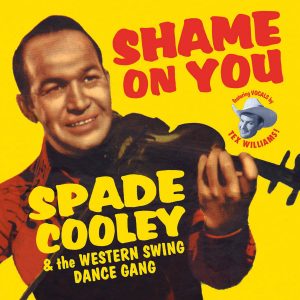 Back in the days before The Duke and Clint, cowboys didn’t just have to know how to shoot — they also had to know how to croon. Tune-carrying cowpokes like Roy Rogers and Gene Autrey were a mainstay of the entertainment industry, not to mention the pioneers of today’s country music. Nobody knows that better than Chicago’s insurgent country label Bloodshot, which is doing what it can to preserve the past with a new series of long-lost country classics from stars of yesteryear. First up is 79-year-old Rex Allen, represented here by 22 cuts recorded back in the ’40s. Backed by some crackerjack barbershop harmonies, and a jumpin’ quartet, Allen melts his buttery vocal cords through happy trails and tough-luck tales like A Human Coyote Stole My Girl, Tyin’ Knots In The Devil’s Tail and I Won’t Need My Six Gun In Heaven (“For there won’t be no rustlers up there.”) Or if you’re after something with a bit more jump, jive and wail, try Spade Cooley, a California fiddler who was the musical precursor to Commander Cody (and later, a convicted felon who murdered his second wife). His 25-track collection swings from top to bottom — boppin’ bass, train-whistle fiddle lines, gleaming pedal steel licks and a rockin’ accordion (no foolin’!). Cowboy crooner Tex Williams’ rich, warm vocals are the cherry on the sarsparilla. 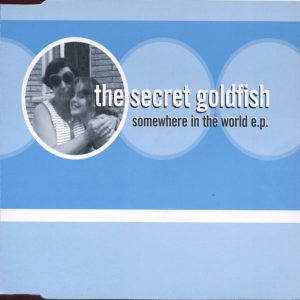 Secret Goldfish
Somewhere In The World

The worst-kept secret of Scotland’s Secret Goldfish is that they’ve got a serious jones for ’60s girl-group pop. Apparently, they’re not the only ones. This new three-song EP — a followup to their 1996 debut disc — features a co-writing credit from British music legend Vic Godard and guest performances from a member of twee-pop titans Belle & Sebastian. With these kinds of credits — along with tunes full of sunshiny vocals, Supremely ooh-ooh-oohing backups and more jangling guitars than a Rickenbacker factory — the Goldfish won’t be a secret on these shores for long.