Two decades ago, new albums from Jimi Hendrix, Stevie Ray Vaughan, Prince Paul, Overkill and others were spinning away in my portable CD player. Here’s what I had to say about them back then (with some minor editing): 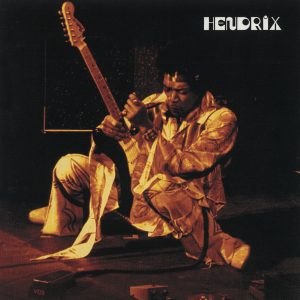 Jimi Hendrix / Band Of Gypsies
Live At The Fillmore East

It’s hard to believe there still are unreleased Jimi Hendrix shows — let alone any as remarkable as these four NYC gigs over New Year’s 1969-’70. Actually, even these are only half-new; other tracks from the shows formed part of the Band Of Gypsies LP. These 16 songs are just as notable, capturing Jimi not only at the height of his dive-bombing, feedback-conjuring powers, but also at a time when he was letting his freak flag fly, pulling and stretching his music into a funkier, free-form dimension light-years beyond Voodoo Child and Stone Free. We’ll never know where he would have ended up, but this cosmic, lighthearted outing — check out Jimi’s impromptu Auld Lang Syne — is a map to where he was headed. 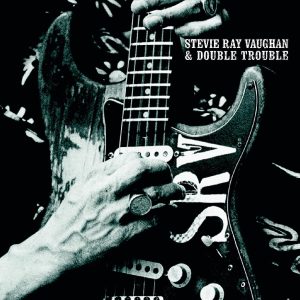 Years after his untimely death in a helicopter crash, Stevie Ray Vaughan remains the yardstick for blues-rock guitarists. And if you missed him the first time around, here’s the perfect chance to catch up — his four studio albums from the ’80s have all been rereleased with extra tunes, interview clips, new liner notes and cover art. This compilation — which actually features more choice cuts than greatest hits — makes a good starting point. You get the fleet-fingered Love Struck Baby, the funky Superstitious, his cover of Voodoo Child, a rare version of The Ventures’ Pipeline and plenty more, all crisply remastered to bring out every nuance of Stevie’s aggressive-yet-soulful style. The Real Deal, indeed. 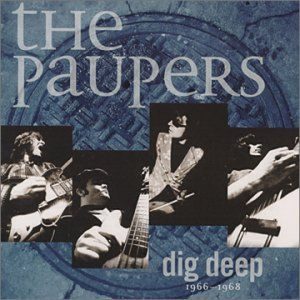 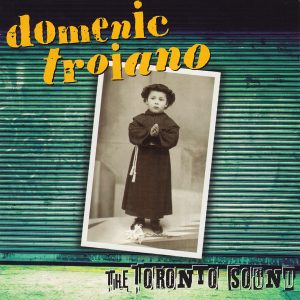 Maybe it’s part of our so-called cultural identity crisis, but we Canucks have trouble preserving our pop heritage — unlike countless comeback kids in the U.S., Canadian rockers vanish from the charts and our memories without a trace. Toronto’s Paupers are a perfect example. They made it from Yorkville to the Monterey Pop Fest when bad luck and bad acid trips sabotaged their career after just two albums of psychedelic-tinged ’60s rock, most of which was dug up for Dig Deep. Then again, maybe they’re not the perfect example — while they run the gamut from Beatle-pop and garage nuggets to folky balladry, some excursions into hippie-dippy hilarity (“We are the magic people / Do you know what’s in your mind?”) are embarrassingly Spinal Tapish. Guitar legend Domenic Troiano, on the other hand, is the real McCoy. After infusing everything from The James Gang to The Guess Who with his fluid, crisp axework, he steps into the spotlight with the reissue of two ’70s solo LPs on The Toronto Sound. Although the title is a misnomer — it was all recorded in L.A. — Troiano’s tasty, jazzy pop knows no boundaries, suggesting a jam between The Band, Little Feat and Steely Dan. This is Canadian rock worth remembering. 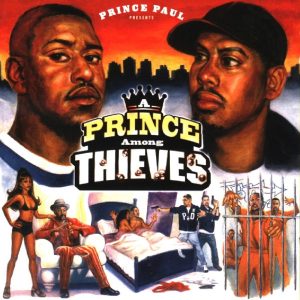 Prince Paul
A Prince Among Thieves

As a member of whimsical rapper De La Soul, producer Prince Paul pioneered the now-mandatory rap skit. Here, he takes it to its logical extreme: A movie-length, dialogue-heavy hip-hoperetta about a young MC who deals drugs to earn money to finance his demo tape, with disastrous results. The cast is as good as any rap movie — Everlast, RZA, Chris Rock, Big Daddy Kane and Kool Keith, among others — but Paul’s playful production and joyously funky flow are the real stars of what may be one of the most ambitious hip-hop recordings of the year. 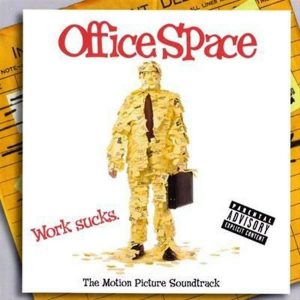 The soundtrack to Beavis & Butt-Head bigwig Mike Judge’s corporate-drone comedy may have begun as a labour of love — getting fly rappers like Canibus and Kool Keith to rework job cuts like 9-5, Big Boss Man and Take This Job And Shove It. And at first, it works like a staffer on probation. Then, suddenly (much like the film itself), it shifts into crime comedy from The Geto Boys, Ice Cube and Scarface. In other words, like most corporate strategies, it started out as a great idea — and seems like it ended up being cobbled together on deadline.

For a kid barely old enough to drive, 16-year-old NYC rapper Andre Levins sure has plenty of it. Hempstead High is his sophomore CD — he cut his first at 14. And for the most part, shorty makes the grade — especially when he gets funky and flows freely with syncopated delivery and rhymes that are wise beyond his years. He gets extra marks for bass-pumping tracks with cheeky samples from A Fifth Of Beethoven and Mr. Big Shot. Final score: He’s too green to be at the top of the class, but he definitely passes the test. 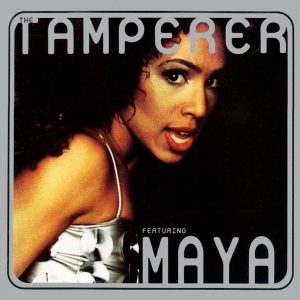 Sure, they have a song called DJs Rule The World. But U.K. dance outfit The Tamperer doesn’t act like that. Instead of the usual extended, 10-minute club mixes that fatten too many dance CDs, this trio — two platter spinners and a sultry, wire-haired disco diva — put down a set of tight, hooky, three-minute dance-pop ditties flecked with saucy lyrics (“There’s a party in my pants”) and kooky melodies built from Michael Jackson and Madonna samples. Plus, one of their other songs has the best title I’ve heard in some time: If You Buy This Record Your Life Will Be Better. Maybe it will and maybe it won’t — but it will definitely be more fabulous. 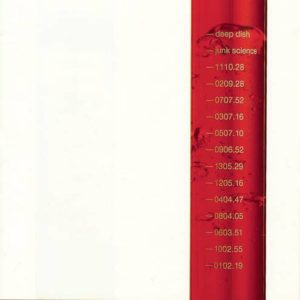 Spin picked this electronica duo as “one to watch out for.” It’s easy to see why. This may be dance music, but it’s geared as much for the headphones as the feet: The low-key, soulful grooves graft beatbox disco rhythms with chilly, swirling oceans of synths while the sweeping, chirping effects fly across the speakers like birds on the wing. Like the title hints, it’s all very experimental, innovative and brainiac — but not too nerdy to cut a sharp groove with The Future Of The Future, a collaboration with Everything But The Girl. Dig Deep. 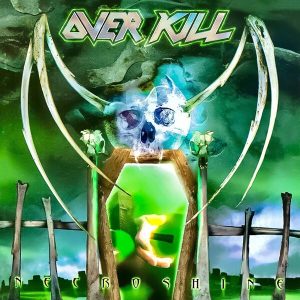 “Heard he’s coming straight from Hell,” snarls Bobby (Blitz) Ellsworth, vocalist for Overkill — and he should know. Ellsworth and his bandmates obviously live in the neighbourhood themselves, judging by the blast furnace heat of Necroshine’s subterranean bass-and-drum thunder, gnashing guitars and Black Sabbath-meets-Judas Priest hellfire. The real capper, though, is Ellsworth’s voice: The classic, tonsil-shredding guttural shriek straight from you-know-where. 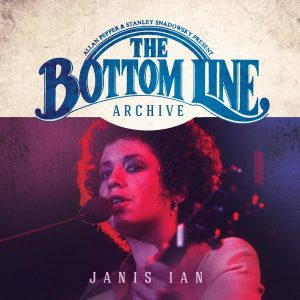 Let’s face it: Most folks only remember Janis Ian for At Seventeen, the anthem of mopey teenage girls everywhere. But this live collection, recorded nearly 20 years ago at NYC’s Bottom Line club, aims to correct that misconception. And it nearly does. Ian’s crack rock band, sophisticated pop-folk and impressive musicianship earn her a place as the forgotten link between Joni Mitchell and contemporary earth mother songstresses like Jewel, Joan Osborne and Sarah McLachlan. Too bad the spotty sound quality of this radio broadcast puts a blemish on an otherwise spotless tribute. 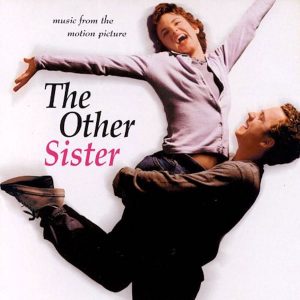 The Other Sister Soundtrack
Various Artists

When the movie is a feel-good romance between a mentally challenged couple, it’s no surprise the soundtrack is as cloying and inspiring as this one. But it is surprising how dull this is — freighted and weighted with earnest love-girl balladry from Alison Krauss, Paula Cole and Joan Osborne (what, did Sarah McLachlan cost too much?). Even the usually wondrous Chrissie Hynde is wasted here, stuck with Diane Warren’s latest power ballad. But worst of all is star Juliette Lewis’s pointless rendition of Come Rain Or Come Shine. Oh brother.