Two decades ago, new albums from Van Morrison, Bill Wyman, TLC and others were spinning away in my portable CD player. Here’s what I had to say about them back then (with some minor editing): 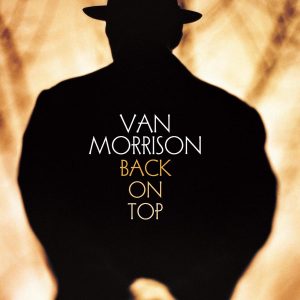 Van Morrison
Back On Top

Van Morrison’s 1998 gig in Winnipeg was undoubtedly the best thing that never happened.

I’m not just saying that to be cute; the show was very nearly a reality. You see, Morrison had to spend a night in the city while shuttling between shows on both coasts. Naturally, a local promoter wanted him to perform. But he wasn’t able to work out a satisfactory deal with the notoriously irascible Irish soul brother — so Van the Man came to town, went about his business and moved on without a backward glance.

Which, when you think about it, also kind of describes the decades-long journey of his career: He drops in out of the blue, gives us a brief glimpse into his world — all the while playing by his rules — then quickly vanishes again, chasing the next show, the next song, the next inspiration. It started with the first song on his first solo album. It was called Goodbye Baby; he’s been moving on ever since.

On Morrison’s latest album, however, his eternal quest seems to be weighing on his mind. Back On Top — his umpteenth album and first for EMI — finds him not only pondering fame and looking for answers, but wondering if it’s all been worth the trip.

“It’s the same old sensation / Isolation at the top of the bill,” Morrison confesses over the R&B organ of the title cut. “What do you do when you get to the top and there’s nowhere to go?” And no way to stop, as he suggests on Reminds Me Of You: “Seems like the spirit is pushing me onwards … Sometimes it feels like I’m going to hell.”

But if life is giving Morrison lemons, he’s making lemon gin. Like he says on The Philosopher’s Stone, “My job is turning lead into gold.” And he keeps his word: Despite their melancholy lyrics, these 10 tracks are some of his finest works of musical alchemy — his trademark secret formula of equal parts gospel, R&B, Chicago blues and folk, played with soulful vigour by his crack band.

In the end, it even seems intoxicating enough to lift Van out of his funk. Over the frat-rocky R&B of penultimate track Precious Time, he seems to embrace his lot: “Say que sera, whatever will be / But then keep on searching for immortality … Till hell freezes over and the rivers run dry.”

In other words — and just like he first said 25 years ago — it’s too late to stop now. 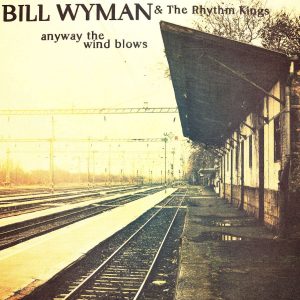 Bill Wyman & The Rhythm Kings
Anyway The Wind Blows
While his ex-bandmates continue to prance around like men half their age, Bill Wyman is settling into the role of retired rocker with ease and grace. This second post-Stones disc is no big rock-star deal; it sounds like Wyman has just invited a few mates ’round after hours to knock about on some old tunes — some Texas swing, a little country soul, a Chicago blues number or two and even ’60s kitsch like Spooky. Of course, when you’re Bill Wyman, your mates include Eric Clapton, Peter Frampton, Nicky Hopkins and Georgie Fame. With friends like these, who needs Mick and Keith? 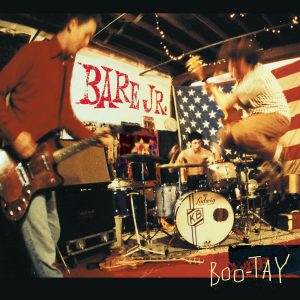 Bare Jr.
Boo-Tay
That’s Bare as in Bobby Bare Jr., son of the country star. But baby Bare isn’t quite following in daddy’s bootsteps; while his songwriting does have one foot in country, the other is planted firmly in quirky roots-rock. Still, no matter which style you prefer, it’s hard not to grin when Bare tosses off lines like “Do you care enough about me / To beat the hell out of me?” or “You blew me off / And it turned me on” in a voice that swings wildly from a warm embrace to a tragic twang to a psychotic yelp. Any way you slice it, Boo-tay’s a beauty. 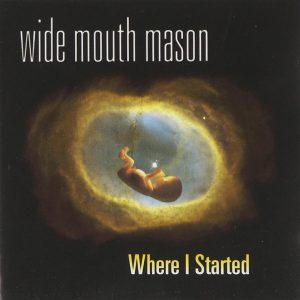 Wide Mouth Mason
Where I Started
Judging by their sophomore CD, you’d never guess that Saskatoon was where this journeyman blues-rock trio started. Much if not most of Where I Started aims due south of the Mason-Dixon line, straight into the heart of Black Crowes territory. And WMM’s skillful interweaving of wah-wahing, guitar-funk and scrappy, acoustic Americana has enough heart and soul to put them on the road to the top. After a few more years — when the riffs are a little bigger, the hooks a little sharper, the lyrics a little stronger and the voices a little more seasoned — they’ll go all the way. 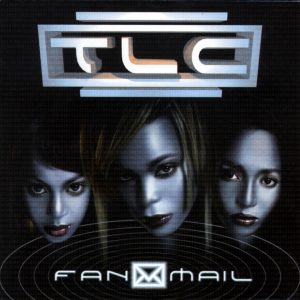 TLC
Fan Mail
Call this one CrazierSexierCooler. Five years after their last album (and their various financial, personal and legal traumas) Atlanta’s TLC are back. Make that back to the future; during their ample downtime, it seems T-Boz, Left Eye and Chilli spent time at the keyboard — the computer keyboard. This hour-long disc is loaded with robotic voices and modem-effect synths that add a futuristic cyberchill to track after track of steady-rolling g-funk and freak-you-all-night soul. And after the gals bump and grind their way through songs like Silly Ho, I’m Good At Being Bad and Don’t Pull Out On Me Now, there won’t be a floppy disc in the house. 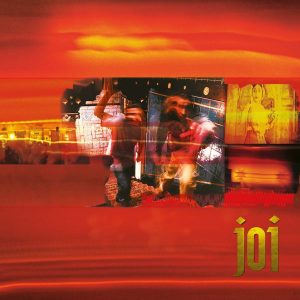 Joi
One And One Is One
East meets West in the Asian techno of Bengali-born Brits Farook and Haroon Shamsher. Like Talvin Singh, these deejays import traditional instruments — flutes, tabla, sitar — and use them to season their pan-cultural stew. Sometimes the dish is a rich, warm groove; sometimes it’s a spicy dance-floor motivator. Either way, the result is almost always exotic and hypnotic — like the soundtrack to a really cool travelogue. 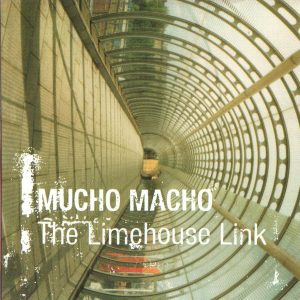 Mucho Macho
The Limehouse Link
This auspicious debut shows once and for all what separates electronica chart-toppers from also-rans. These British deejays have all the skills, funky breakbeats and cool samples of Fatboy Slim or The Propellerheads. But you probably won’t see their name in the Top 40. Why? No vocals — none of these tracks have the hooky lyric of, say, a Rockafeller Skank. If they could (or wanted to) pay Shirley Bassey or Noel Gallagher, you can bet you’d have these tunes driven into your skull for months. Of course, since that won’t happen, you won’t be completely sick of them a year from now. 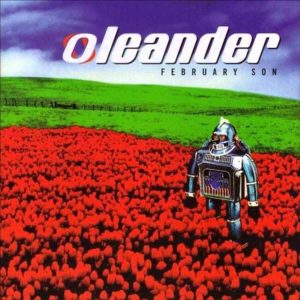 Oleander
February Son
Submitted for your approval: Post-grunge post-alt band No. 3,000,654. If there’s anybody out there who hasn’t yet heard soft/slow verses, fast/heavy choruses, chunkily repetitive riffs and self-loathing lyrics, speak now or forever hold your peace. As for us, we can’t sum up this Nirvana–Replacements knockoff any better than by quoting their own lyrics: “I can’t take this anymore, and I’m almost pretty sure I’ve been here before.” Oh well, whatever. Never mind. 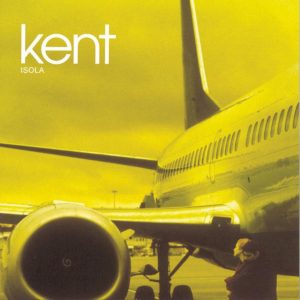 Kent
Isola
Isola, of course, is the beginning of isolation. Which, being from rural Sweden, is something you figure the quintet Kent might know about. One listen to the icy, shoegazing pop of their debut North American release removes all doubt. In fact, with their glistening guitars and swirling synths, these melodically languid tales of melancholy and infinite sadness can be heard as an aural equivalent to their home countryside (not to mention ours): airy, snow-white and wide-open — and also vaguely unsettling. This is what they mean by splendid isolation. 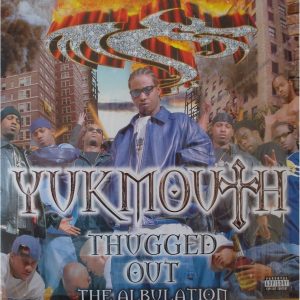 Yukmouth
Thugged Out: The Albulation
Former Luniz motormouth Yukmouth calls his double-disc opus an “albulation” — half album, half compilation. He could have called it Scarface II Society; his worldview is equal parts Scorsese movies and ghetto gangsterism. Which isn’t a bad thing. Unfortunately, it also isn’t a new thing. Five years ago, this intense gangsta rap would have been groundbreaking. Now, 130 minutes of gunshots, helicopters, 8-balls, 4-0s, macks, playas, haters, Range Rovers, beepers, beeyatches, hoz, blunts, thugs — and more N-words than in Mark Fuhrman’s diary — is just wearying. Thugged Out? More like played out. 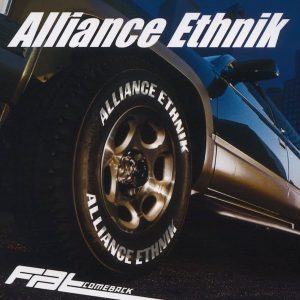 Alliance Ethnik
Fat Come Back
While Paris is burning to a techno beat, this bilingual rap quintet is still getting over a case of disco fever. Apparently, they’ve got it bad; this 20-track outing is shot through with old-school disco beats, ’70s Soul Train struts and falsetto backup vocals — all of which get sliced and diced into ’90s-style hip-hop, delivered with as much Francophone sangfroid as humanly possible. Parlez-vous fun-kay? 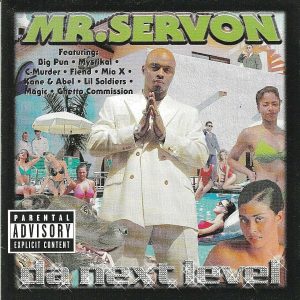 Mr. Servon
Da Next Level
The latest “soldier” in rap mogul Master P’s No Limit Records army is a lover, not a fighter. On his debut disc, Mr. Servon prays for his family and for mothers on crack, proclaims that his best friend is his girl, mourns his missing friends and lets us know God has his back (“The Lord is my shepherd / Whom shall I be afraid of?”). At least, that is, when he isn’t laying down the usual ghetto bluster and sexual swagger over the standard jeep-rocking tracks of P’s Beats By The Pound musical division. Still, when you get right down to it, Mr. Servon is more about hugs than thugs.